10 reasons the crisis isn’t over

Commentary: There may be a lot more bad news to come

Stock markets around the world soared yesterday. The Dow jumped more than 300 points.

News out of Europe says they’re working on a fix to resolve the crisis there. Reports here say the holiday season may be off to a strong start. Sales on “Black Friday” may have hit a record.

So, is that it? Is the crisis over? Is it time to ramp up your equity exposure, take on more risk?

Heavens. Anything can happen. And, OK, there are stocks out there that look pretty decent value.

But here are ten reasons to be skeptical. This so looks like a dead cat bounce.

1. The market was due a rally. The Standard & Poor’s 500 index /zigman2/quotes/210599714/realtime SPX +0.25%   had fallen seven days in a row. But equity markets never fall in a straight line. After a long run of down days, people who’ve been betting against stocks by selling short get tempted to lock in some of their profits by buying stocks back. Others who want to buy stocks see sharp falls and get tempted to “bargain hunt.” This inevitably produces quick, sharp rallies. This one may last a day, a week, a month or more. That doesn’t mean a thing about long-term trends. 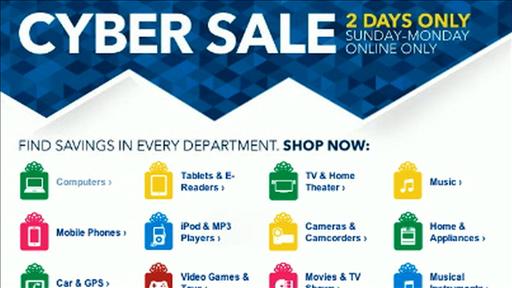 Black Friday -- the day after Thanksgiving -- alone saw online sales of $816 million, and another strong Cyber Monday could already be in the works, according to comScore, which tracks online holiday spending.

2. The report from Italy, one of the items sparking bullish sentiment, has already proven a crock. A news report there over the weekend said the International Monetary Fund was working on plans to step into the European debt crisis with a gigantic $600 billion bailout. The report has been dismissed, on the record, by an IMF spokesman.

3. The reports from northern Europe are absurd. Markets are excited by reports that Germany, France and Brussels are working on a new “bailout” plan. But look at the details! Under the proposals, the European Union will help insure the debts of countries in crisis, but in return it will be given veto powers over the budgets of the countries in question. This idea can’t survive 10 seconds of serious thought. The Greeks are rioting over budget cuts proposed by their own governments. What possible chance is there that they — or the Italians, or the Spanish — would accept austerity measures imposed by Brussels?

4. Are the Germans suddenly reflationists? The only politically feasible way out of the European crisis is to turn on the printing presses. That either means letting the European Central Bank print more euros, or letting countries like Greece drop out of the euro, so they can print their own currencies. But so far neither is on the agenda. Germany won’t let the ECB print. And countries aren’t ready to drop out of the single currency. Until one of these happens, there will be no resolution to the crisis.

5. Italy is still in trouble. Gross government debts are 120% of gross domestic product, and even net of intra-government liabilities they are 100%. Ken Rogoff and Carmen Reinhart, in their sweeping history of financial crises, This Time Is Different, found that 100% was the “tipping point” for serious trouble. No wonder investors are demanding 7.5% annual interest to lend money to Italy for five years — compared to just 1.3% for Germany. And they’re demanding more than 6% to lend to Spain. 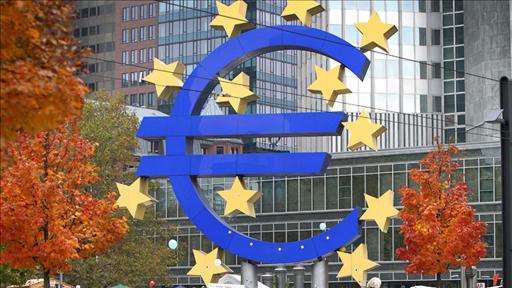 Companies that provide the plumbing for the $4 trillion-a-day foreign-exchange market are testing systems that could handle trading of previously shelved European currencies,

6. China’s real estate market is looking ominous. In the past few years, economic growth in China — fueled in part by its gigantic housing boom — has helped keep the rest of the world economy from falling apart completely. Now Chinese real estate prices are tumbling, developers are going bust, and the OECD has warned that this poses a risk to the world’s second largest economy. In its latest report the OECD calls the health of China’s real estate companies “a prominent domestic risk overshadowing the economic outlook.” Read “China may be at a policy turning point.”

7. The U.S. consumer is still broke. Among the more baffling reasons for cheering yesterday was a report saying that “Black Friday” Christmas sales jumped sharply from 2010, hitting a new record. Investors saw the chaotic — and nationally embarrassing — scenes over the weekend, fistfights, pepper sprays and the like. Bloomberg reported on a woman 12 weeks pregnant camping out in the freezing cold to get a deal on a flat screen TV. If anything, this should make rational people more gloomy. Have we learned nothing? The numbers are not heartening. Despite the lies you read and hear, telling you that American consumers “are repairing their balance sheets,” the truth is total household debts in this country have fallen by a mere 4.5% from the record peak at the height of the bubble a few years ago. They are still 20% higher than they were as recently as 2005, and twice what they were in 1999. According to the Federal Reserve, consumer credit levels are rising. And according to the Commerce Department, households are saving less than 4% of their disposable incomes — a fraction of the levels seen decades ago, and well down even from 6% or more seen in 2008-9. Read “Black Friday sales hit record, giving season hope.”

8. Millions here are still out of work. The unemployment situation is far, far worse than the government is telling you. Forget the official jobless rate, 9%. It’s meaningless. Even the so-called “underemployment” rate doesn’t tell the full story. Consider this: According to the Labor Department, the number of men age 25 to 54 who are out of work is officially 4.2 million. The reality? Deep in the footnotes the Labor Department says there are 61.6 million men in America age 25 to 54, while just 46.7 million are in full-time work. That leaves 14.9 million left over. Another 3.7 million work part-time. Seven million aren’t accounted for at all.

9. Meanwhile equities still aren’t cheap. This shouldn’t be overstated: There are reasonable deals out there, especially among some of the blue chips here and overseas. But U.S. stocks overall trade on 21 times their average earnings of the past 10 years, according to data compiled by Yale economics professor Robert Shiller. This, the so-called “cyclically adjusted price/earnings ratio,” has proven historically to be a reasonable yardstick. The average since the 1880s has been about 16 times.

10. The economic outlook is gloomy. Western governments have spent the last few years borrowing heavily from the future to try to stimulate growth today. According to the IMF, in the past three years the gross debts of the advanced economies have risen in aggregate from 80% to 100% of their entire GDP. We are likely to see them tighten their belts next. This was the agenda of the budget “supercommittee” here and of austerity plans in Europe. No wonder the OECD warns that it expects world economic growth to slow next.

Sure, you can overdo the gloom. The economic fundamentals always look terrible — they call it “the dismal science” for good reason. Maybe events will turn out better than feared. Let’s hope so. But it’s still a little early to break out the Champagne.