3 U.S. market sectors that bulls must own

LONG BEACH, Calif. (MarketWatch) — The European debt crisis has preoccupied investors and may continue to do so. But when stock buyers at last shift their focus back to the U.S., they may be pleasantly surprised by what they find.

Unlike the last time investors checked — when the politicians sowing public apprehension were in Washington and not Brussels, Berlin, Paris and Athens — the U.S. economy does not appear to be in a pre-recession, double-dip stall.

Nowhere to go but up

The trend is in the bull’s favor. Data on manufacturing, retail sales, orders for durable goods and even the two most moribund segments of the economy — housing and employment — have perked up in recent weeks. Bottom-lining it, the Commerce Department announced last Thursday that the nation’s economic output grew at an annual rate of 2.5% in the third quarter, nearly double the pace of the previous three months.

So far, so good, but maybe a double-dip has just been postponed. Could we be on a cliff, admiring the view before tumbling into the abyss?

Not likely. James Stack, editor of the InvesTech Market Analyst newsletter, pointed out in a recent issue that the four-week moving average of weekly jobless claims had hit a six-month low. How often has the economy fallen into recession after such a development? Trick question. It has never happened in 44 years of claims data, he said. 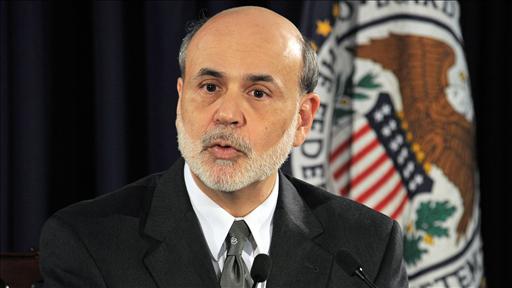 Fed waiting for its policies to work

The Index of Leading Economic Indicators just hit an all-time high. “When has that occurred in the six months prior to or in the early stages of a recession?” Stack asked his readers. “Never in the 52-year history of the LEI data.”

Stack has remained steadfast in telling his subscribers that the unnerving swoon in stocks was a correction within a bull market.

Meanwhile, many others in the newsletter and blogging businesses warn of more dire outcomes — even after a rally of more than 20% in less than a month that they dismiss as a bear-market bounce.

Because they follow economically sensitive industries, these ETFs serve as sentinels for the economy and overall market. Accordingly, they were substantially weaker than the S&P 500 for several months leading up to the September 2008 collapse of Lehman Brothers, the event that triggered the worst parts of the last recession and bear market. The comparative weakness persisted until the bottom in early 2009, then the cyclical ETFs began to beat the market as investors increasingly banked on a rebound.

The sharp decline that caught many off guard last July was different. There was no appreciable deterioration in the consumer discretionary and energy ETFs. The materials ETF was weaker, but that may have had more to do with doubts about the economy in China than the U.S.

What could prove more useful for investors trying to gauge whether the rally is for real is that these three ETFs have handily topped the market since early October. And they’re cheaper, too, trading between nine and 13 times earnings, compared with a P/E of almost 14 for the S&P 500.

There’s no guarantee that stocks will keep rising, that these sectors will continue to outperform or that the economy will avoid a double dip. Another sector that is usually well-attuned to the economic cycle is financials. But while the financial sector ETF /zigman2/quotes/209660484/composite XLF 0.00%   has also outpaced the S&P 500 in the last month, its performance over almost any other period during the last four-plus years has been abysmal.

The risk of homegrown political calamity also exists. A debate this month over spending in Washington could make last summer’s debt-ceiling brawl look like a tea party, pardon the expression.

Going forward, it will be hard for investors not to be swayed by what they hear — it’s like trying to avert your eyes from a bad wreck on the freeway — but they would do well to focus on the message that both the economy and market, especially those economically sensitive sectors, is sending.

Conrad de Aenlle is a financial columnist and feature writer based in Long Beach, Calif.