5 investments to gird against a weak market

ETF, bond and gold investments that can diversify your portfolio

Of course, nobody really complains when everything in the market is in rally mode. But when faced with the kind of volatility investors have seen in recent months, conventional diversification strategies are proving to be less effective.

“A dropping tide lowers all boats, and it doesn’t matter if one of the boats doesn’t deserve to be lowered,” said United Capital Chief Executive Joe Duran, who manages more than $5 billion in assets.

He blames this condition on the proliferation of exchange-traded funds. Now, when one stock takes and hit, the rest of the group follows simply because this “interlinkedness” has never been so prevalent.

Nicholas Colas, chief market strategist for ConvergEx, backs that point by noting that shares of apparently unrelated industries moved in virtual lock-step together during June.

“How can you take seriously a rally that doesn’t differentiate between industrials, technology and consumer discretionary stocks?” Colas said. “Modern portfolio theory says that the more non-correlated assets you can put into a portfolio, the better off your risk/return profile will be. Financial assets can only take you so far in this quest.” 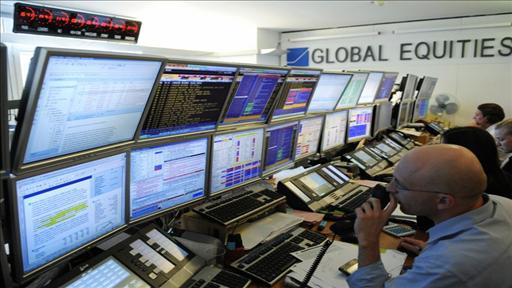 From gold and silver to real estate and currency, there are plenty of ways to avoid getting run over by the herd. Up until recently, getting access to these strategies just wasn’t realistic for mom-and-pop investors.

Fortunately, that has changed. If you want to break from the pack and spreading out risk is a priority for you, here are five investing plays to consider.

An increasingly popular means of bucking market trends is through managed-future ETFs. Like their more exclusive hedge-fund cousins, these ETFs trade actively across many asset classes.

In 2000, managed-future funds tallied a relatively paltry $38 billion under management, according to BarclayHedge, a performance tracking firm in Fairfield, Iowa. A decade later, that swelled to almost $270 billion as investors sought, and continue to seek, gains in a mostly dreary stock market.

These funds may go long or short in futures contracts involving everything from soybeans and wheat to market indexes and cocoa.

Altegris Advisors, which runs the Altegris Managed Futures Strategy Fund lays out a compelling case for the approach.

Similar divergence hasn’t always played out in favor of these investments. During a five-year running of the bulls from 2002 to 2007, when U.S. stocks doubled, managed futures gained only 35%.

History suggests that buying these funds during a bull market for stocks is tantamount to buying insurance against the next bear market.

Indeed, during the market freefall in 2008, when U.S. stocks lost more than one-third of their value, managed futures churned out a 16% rally.

Another fund mentioned by Duran that could be worth checking out is the ASG Managed Futures Strategy Fund /zigman2/quotes/200704231/realtime AMFAX -0.23% .