5 life lessons from the ‘Crocodile Hunter’ on Steve Irwin Day

A look back at the late Steve Irwin’s influence 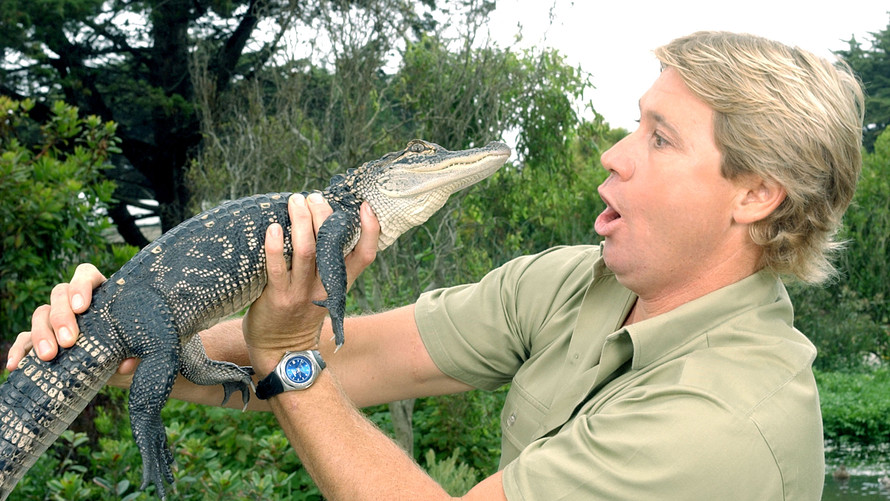 Crikey, there’s a lot to learn from Steve Irwin.

TV viewers, animal lovers and environmental activists around the world are celebrating the late “Crocodile Hunter” on Friday, Nov. 15, which has been designated Steve Irwin Day to honor his life and legacy.

Irwin’s parents opened the Beerwah Reptile Park in Queensland, Australia, in the early 1970s, according to his official bio , and he grew up among the snakes, crocs and other apex predators in the family park (known as the Australian Zoo today) developing a great love and respect for wildlife that grew into his life’s work. He became a household name after he and his wife Terri filmed what would become the first episode of their hit series “The Crocodile Hunter” while on their honeymoon in 1992, which he used as a platform to get other people as passionate about animals as he was.

The show was boasting more than 500 million viewers in more than 100 countries when Irwin was fatally stabbed in the chest by a stingray while filming an episode of “Ocean’s Deadliest” in 2006. Irwin would have turned 57 on Feb. 22, and Google marked the occasion with a special Google Doodle.

But his legacy lives on in his wife and children, Bindi and Robert, who continue to manage the Australian Zoo and support wildlife conservation.

Here’s some life lessons we can take from the late Steve Irwin.

He kept his cool — even when being bitten, repeatedly.

At a time when so many people are quick to lash back at the smallest slight, Irwin’s ability to literally take hits on the nose (or the neck) without losing his temper is something to aspire to. Take this 1991 clip from a local TV station near the Australian Zoo, when a snake bit Irwin on live TV. After the python, which wasn’t venomous, sunk its fangs into his neck, Irwin merely paused and suggested “We might have to cut here, he’s biting my neck.” He stayed calm, which in turn kept the snake and the audience calm. In another clip , a bearded dragon lizard nips him right on the schnoz, he merely responded, “Oh! You bit me on the nose, you little brat.”

He understood that human nature is complicated.

One of Irwin’s most famous quotes is, “Crocodiles are easy. They try to kill and eat you. People are harder. Sometimes they pretend to be your friend first.” It’s a colorful way to remind us that people aren’t always what they appear to be, and trust needs to be earned.

“Yeah, I’m a thrill seeker, but crikey, education’s the most important thing,” Irwin told Scientific American in 2001. He believed that educating viewers about animals and the planet would make them more eager to protect it. He also intended for audiences to learn from his mistakes. In the same interview, his wife Terri noted that a woman in Brisbane, Australia whose young son was bitten by a death adder survived because the mother “had seen [our documentary] ‘Suburban Killers’ and knew first aid with snake bites. Not only did she not panic, her little boy didn’t panic.”

His passion made other people passionate about what he believed in.

“If we can get people excited about animals, then by crikey, it makes it a heck of a lot easier to save them,” Irwin said. In fact, research suggests that good leaders are positively infectious — their upbeat attitudes and optimism get their teams just as excited. And research also suggests that people are much more responsive to donating to charity when an emotional plea is made (“I’m raising money in honor of my sister…”) versus drawing on facts and figures (like how many people are impacted by a disease). And the money that the Irwins raised from filming and merchandising solidified his legacy, such as establishing the Australia Zoo Wildlife Hospital, which rescues, rehabilitates and releases more than 7,000 animals each year, and expanding the Australia Zoo, which covers almost 1,000 acres, per Irwin’s bio .

He believed in compromise.

While Irwin is best remembered as a conservationist dedicated to protecting animals and the planet, he recognized that humans have a right to live here, too. “I sincerely believe that there’s room for cutting down trees for forestry and grazing, so as we all get to eat. Everyone has to compromise,” he told Scientific American . “I think every single person in the world has to compromise.”

This article was originally published in February 2019, and has been updated for Steve Irwin Day.