SAN FRANCISCO (MarketWatch) — Even on a cracked globe, opportunistic investors can find countries to include in the axis of appeal.

That’s how David Marcus maps the world. As a value-stock investor with an international scope, he’s busiest when uncertainty in both strong economies and weaker ones is high. 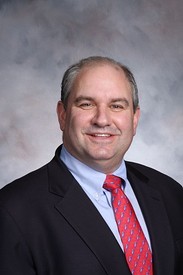 The manager of Evermore Global Value Fund /zigman2/quotes/200165874/realtime EVGBX +0.64% looks for “special situations,” which is investor-speak for companies facing life-changing events such as a turnaround or breakup. Marcus wants to see that the catalyst for change is working but hasn’t yet been fully factored into the stock price.

“There’s so much restructuring and transition and change going on around the world, for our style of investing there are tons of opportunities,” he said.

Marcus can invest anywhere, in any type of industry. What interests him most nowadays are selected companies in Western Europe, Russia and the U.S., while Asia is out of favor:

1. Take a holiday in Europe

Marcus has been struck by the exodus from Europe, which by his reckoning has driven shares of highly regarded global brands to deep discounts. “Investors are not looking beyond the headlines,” Marcus said.

Buyers are now tiptoeing back, but a broad array of opportunities remain, Marcus noted.

In addition, he pointed out that many of these companies have significant exposure to relatively fast-growing emerging markets, but their shares have been penalized because they’re listed in Europe.

For example, London-based conglomerate Lonrho Plc  does all of its business in Africa, where it has dealings in infrastructure development, agribusiness, transportation and hotels.

“It’s really giving you an opportunity to capture the growth of a variety of African markets on the cheap,” Marcus said of his Lonrho investment, which he figures is priced at 50 cents on the dollar.

The enterprise is involved with television, pay TV, radio, newspapers and publishing in Spain, Portugal and Latin America. Shares of Prisa have been knocked hard over the past year on concerns about the company’s ability to repay its substantial debt. Marcus said the fears are overblown, and the shares are wildly oversold.

“It’s trading as though it’s going to go out of business,” Marcus said of Prisa. He added that some activist investors are helping transform Prisa “from an old and family-managed media company to a much more aggressive, hungry media business.”

The company’s sole customer is Brazilian oil giant Petrobras, but Marcus said Sevan is paid handsomely for its rigs, which take a couple of years to build. Marcus said he also likes being an owner alongside Sevan’s major shareholder, Norwegian shipping tycoon John Fredriksen.

“There’s so much out of favor when you look at Europe,” Marcus said. “You can get some incredible value. We’re going to look down the road and say ‘Why weren’t we buying even more?’”