“Now emerging-market central banks are tightening, and they will likely curtail that excess demand,” Bernstein said. “Commodity prices are likely to fall as a result, which will benefit the U.S. economy. Our cycle is extended because the emerging-market central banks effectively are doing the Federal Reserve’s dirty work — they’re tightening to curtain the excess demand for commodities, so the Fed can stay on hold longer.” Read more: Protect your silver, gold, commodities investments from margin hikes.

The danger with gold now is that speculators control the market, Bernstein said, as “gold is not trading on fundamentals.”

There’s a strong case for owning gold when the U.S. dollar is pervasively weak, and dollar-based investors are wise to hedge against a loss of purchasing power, Bernstein said. But contrary to the consensus view, he said, the dollar’s value is not being debased. In fact, he said, the dollar, as measured by the US Dollar Index Future /zigman2/quotes/210598269/delayed DXY +0.35%   has appreciated since April 2008. 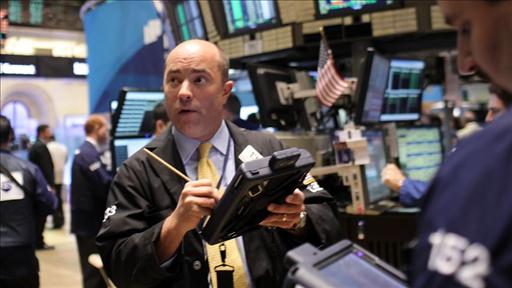 Demand for risk, such as small-cap growth stocks, seems to be hitting a roadblock as the Federal Reserve's special stimulus winds down. Mark Hulbert has details on which types of stocks should benefit. Laura Mandaro reports.

“This is getting nutty,” Bernstein said about the run-up in gold. “A lot of people are sure that the dollar is falling and just refuse to look at the data. If you want to play this, that’s fine, but don’t convince yourself this is fundamentally based.” Read more: Money Talks -- 5 money moves one gold bug is making now.

Investors have been flocking to U.S. stocks — in particular, shares of big companies with a global footprint that seem ready to weather whatever global uncertainty or slowdown comes along.

They’ve got it half-right, Bernstein said.

U.S. small caps are more attractive than their larger counterparts, Bernstein said, not least because they are the “most-hated equity segment” among investors. “People refuse to invest in small-cap companies,” Bernstein said. “You’ll hear they’re too expensive, and they have no exposure to emerging markets.”

Yet domestic small-caps as a group have a projected growth rate about 50% greater than do Chinese stocks, Bernstein said.

“Our strategy is to have exposure to the U.S. economy and shield ourselves from the emerging markets,” he said. “The fundamentals of the United States are generally improving,” he said, and “small-cap U.S. companies could be the world’s undiscovered growth story.”

Europe’s companies are healthier than its governments, and investors should not equate the two, Bernstein said. To be sure, while the European Union is in turmoil, Europe’s stock markets are intact. Europe stocks, in dollar terms, are ahead of the U.S. benchmark Standard & Poor’s 500 Index /zigman2/quotes/210599714/realtime SPX -1.04%  so far this year.

Ask U.S. investors which market has outperformed this year, China or Italy, and most would say China, Bernstein suggested. In fact, Italy is up about 13% so far this year in U.S. dollar terms versus a 1.7% gain for China, according to research firm MSCI.

“Equity allocations are probably too underweight Europe,” Bernstein said. ““Clearly something is going on in corporate Europe that people have not anticipated.”

Jonathan Burton is MarketWatch's money and investing editor, based in San Francisco.