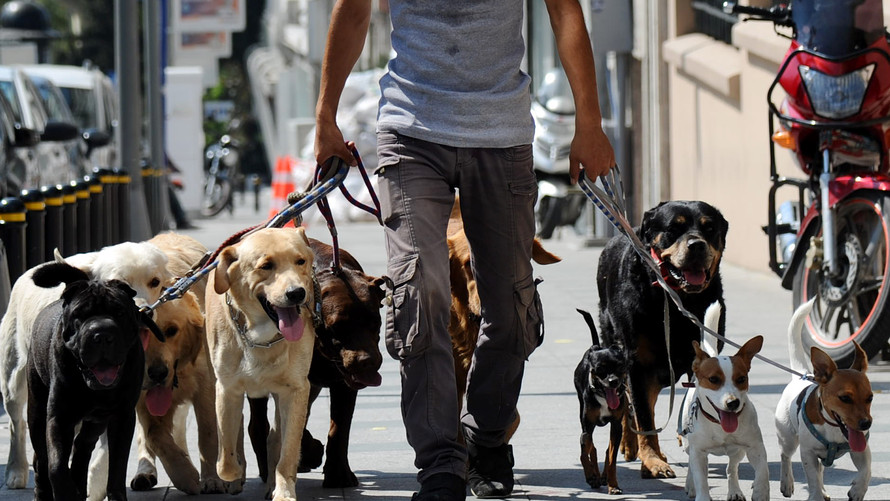 Bulent Kilic/AFP/Getty Images
There are many benefits to owning a pet, but Rover doesn’t help your net worth.

First, people love to save money. They like a deal. If they can get something for $50, that’s better than paying $75. Paying $30 is even better.

Second, people don’t like to be told how to save money. Especially when those suggestions deal with strongly held personal preferences.

It’s also well-established that people hate having to change their habits to help themselves out financially. You can see scores of evidence that backs this up — massive credit card debt, extremely low retirement savings, a good percentage having low to no savings, and so on.

This leaves many in a quandary when they hear a great money saving tip that is too awesome to pass up, but requires them to change their habits. Should they love it because it saves them a bundle? Or should they hate it because it forces them to do something not in their nature?

I’m going to share five money-saving tips that people hate, but that doesn’t bother me. In fact, I enjoy stirring the pot a bit now and then.

Hated saving tip No. 1: Move to a lower cost-of-living location

This tip recognizes that there are different costs to living in various parts of the world. In New York City an annual living budget might cost $XX while in St. Louis it may cost 60% of that. A foreign country may cost even less than that.

How much it can save you: This tip can save you hundreds of thousands of dollars over a lifetime — maybe $1 million.

Better yet, invest that amount each year and you’ll see the difference is millions of dollars.

Why people hate this advice

Generally, people like where they live and they don’t want to move, so suggesting they should move is heresy.

Excuses used to refute this advice

There are various excuses people use for why this tip is not true (or at least not worthwhile). The most popular are:

The excuse shows up when they try to deny the cost of living differences and claim they aren’t spending more in an expensive city. They are living in denial.

The “higher salary” argument is dubious at best . There are differing points of view on this one but more often than not the data falls into the lower cost market being a better option financially.

The “quality of life” argument always seems to focus on the positives but leaves out the negatives. Yes, New York City has great museums which you may use once or twice a year. But do you want an hour-long, one-way commute (if you’re lucky) each day to work? Is that a great quality of life choice?

Oh, and is “I can get any type of food at 3 a.m.” really worth $20,000 in extra expenses a year? Probably not since those 3 a.m. food runs often disappear once a couple settles down and has kids.

But there’s “culture” in this city? And not in other cities? And you can’t live one place and visit a different city now and then? Come on.

I will admit that the “living near family” reason is valid for many. Again, if people recognize the cost and willingly take it on to be near family, fine. But most don’t. Instead they claim that the costs are the same so they can feel good about living next to family.

When it gets worse

This idea receives even more hatred when moving to a foreign country is suggested. No one wants to hear that they can cut their living costs in half by moving to Mexico or Thailand. It just seems too crazy.

But there are huge savings moving to a foreign country even compared with “cheap” U.S. cities like Pittsburgh or Oklahoma City. In fact, if you pick the right cities you can cut the cost of retirement in half . This should be great news for Americans who, on average, haven’t saved much for retirement.

The key objections to this idea are that a foreign country is unsafe and has terrible health care. Yes, there are some unsafe countries and areas but you can avoid them (just like there are places in the U.S. you want to avoid).

And here’s a news flash, the U.S. is way down the line in world rankings of best health care countries (currently #37). You can actually get BETTER care for LESS money in many foreign countries.

The best option to maximize net worth is to have a high income while living in a low cost city . If you do this, you can save a fortune and hopefully retire early.

If you choose otherwise and want to live in an expensive city, then that’s OK. Just recognize that it’s costing you a massive amount of money and will delay retirement a decade or two.

If you hated this tip, you’ll really despise the next one.

Just like the others on my list, I really don’t mind if people spend on pets as long as they recognize the costs and make the decision to have a pet intentionally. But this doesn’t happen in many cases.

Most of the time pet owners live in denial of the high expenses associated with pet ownership. They look at the average costs (as we’re about to do) and say something like, “My dog doesn’t cost that much.” OK, well I guess it’s other people’s dogs that cost a ton of money since yours costs zero, huh? Yeah, right.

How much pets cost

Some of you might accuse me of being a pet hater. I am not a pet hater. But you may try to discredit my numbers because you think I don’t like pets.

For this reason let’s begin our look at pet costs by using numbers provided by an organizations that LOVE pets. If anything, they have the incentive to lowball the cost of pets, so if their numbers are high, then they must be correct, right?

The ASPCA is quoted on numerous sites including this piece from Forbes . They list the cost of pets as follows:

I’m skipping birds, hamsters, fish, and the like but all of their costs are listed. Hint: Horses are absolute financial killers.

But let’s not stop there. Here are a few other sources talking about the cost of pets (we’ll focus on dogs and cats as they are the most popular pets):

• There’s even a pet cost calculator if you want to find the cost of your pet.

Now, if you own multiple animals at the same time, not to mention several over the course of your adult lifetime, we’re talking a massive amount of money. I’ll get to that in a moment.

Why people hate this advice

If you’re reading this, you already hate the advice and we’re not even really into it. You may hate me as well.

Overall people dislike this advice because they LOVE their pets. Some even compare them to children. So they hate the advice because having a pet is in most cases not a financial decision, it’s more of an emotional/lifestyle one. Which, as I said earlier, is something I’m fine with. It’s your money, do what you want with it. I’m only here to bring light to the fact that pets are very expensive and if you ever want to achieve financial independence you may want to consider just how much Fido is setting you back.

Excuses used to refute this advice

Here’s where the excuses begin. But there’s one that leads the pack by far: “My dog/cat doesn’t cost anywhere near that much. I pay $30 a month to feed him and that’s it.”

Uh, no it’s not. Here’s a list of expenses you just left out:

• Cost of pet (if from breeder)

And then there’s the big one: medical costs. This is where things get really pricey, especially toward the end of a pet’s life. In addition you can spend on a whole host of things including pet massages, acupuncture, and psychiatrists. You think I’m kidding.

The costs add up to seven figures

As I said earlier, how you spend your money is your choice. You simply need to realize that two dogs throughout your 50-year adulthood will run you somewhere around $150k. That’s $3,000 a year.

Even if you spend “only” half that amount, it’s still costing you a fortune.

Now that you understand how much your pets cost you, you can make an informed decision about where to spend and where to save .

Well, things are rocking now. Have I offended everyone yet?

Let’s move on and I’ll begin to nickel and dime you to wealth.