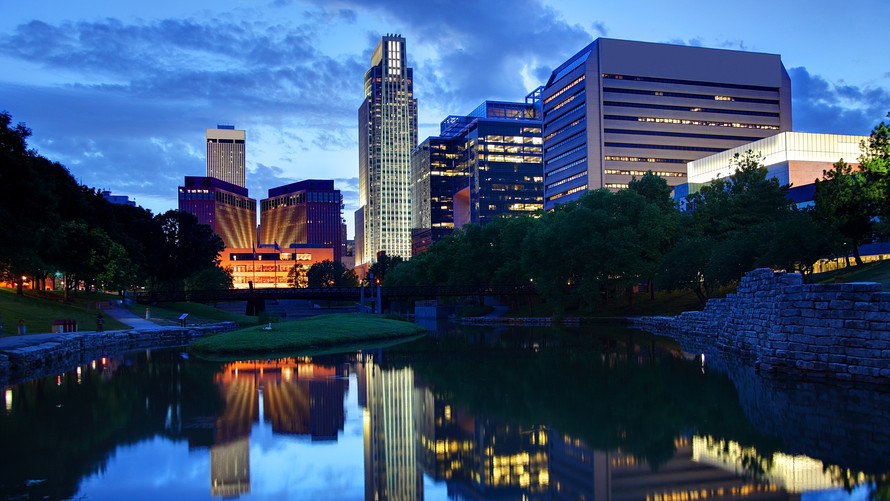 iStockphoto
Lincoln, Neb. and Omaha, above, have both become havens for entrepreneurs seeking a home that’s supportive of new tech businesses.

San Francisco, Seattle and New York may be the most famous tech hubs in America, but they certainly aren’t the only players in the game. As those big cities have become more expensive and saturated, it’s become that much more difficult for startups to launch and stand out. Savvy entrepreneurs have taken note, realizing it’s often smarter to choose a different — read: more affordable and inclusive — place to turn your dream into the next world-changing company.

A new wave of up-and-coming, midsize cities have been building tech economies of their own, in their own style, as they vie to bring new jobs, more residents and innovative energy to town. We scoured the country looking for the cities shining the brightest, rounding up the top five regions that have become tech magnets with no signs of slowing down.

The Cornhusker State likely conjures up images of rolling prairies and sprawling farmland, and while those scenes are certainly part of Nebraska’s landscape, they’re not all the state has to offer. Nebraska’s two most populous cities, Lincoln and Omaha, have both become havens for entrepreneurs seeking a home that’s not only affordable, but extremely supportive of new tech businesses, with organizations like the Nebraska Angels — a network of 60 active venture capitalists investing in tech businesses in the state. The result has been successful startups such as Bulu Box, a monthly service providing samplers of premium health products, and Liberty, an Uber-like service that aims to improve mobility in rural areas. Omaha is also home to Silicon Prairie News, a new website that covers the startup scene in Nebraska and other Midwest states.

2. Huntsville and Birmingham, Ala.

For a lot of cities, investing in a tech economy is a relatively new concept, but the Northern Alabama city of Huntsville has been focusing on innovation since the 1950s, when NASA built up operations there. The city has built on its legacy as it moved into the 21st century with concerted efforts to help startups flourish with helpful resources like The Foundry, an incubator in downtown Huntsville. In 2017, Huntsville was named the number one fastest-growing tech city by ZipRecruiter and currently has the third most technical workforce in the country, according to Bloomberg. The state’s most populous city, Birmingham, has also received a lot of attention for its recent growth in the tech sector. Through the work of Velocity Accelerator, the Innovation Depot, and others, the city has seen successful startups launch, such as grocery delivery service Shipt and Daxko, software for health and wellness organizations.

Iowa is another state considered to be a star of the “Silicon Prairie.” The capital city of Des Moines in particular is a stand out — it’s officially the fastest-growing city in the Midwest after successful efforts to recruit and attract millennials. Livability listed Des Moines as one of our best cities for entrepreneurs of 2017 given its career opportunities and affordability, and it already ranks among the top cities for tech hiring in 2018.

Also see: This is the optimum age to be a successful entrepreneur

Des Moines — and the nearby city of Ames, home to Iowa State University — has successfully built on its many legacy industries, from agriculture to insurance, to bring them into the digital century while also promoting new sectors. The state’s thriving startup ecosystem puts an “Iowa nice” attitude first, where the belief is that a rising tide lifts all boats. Startup Des Moines, for example, is an organization with the mission of welcoming entrepreneurs to the community, providing ambassadors to help newcomers navigate the ecosystem.

This trio of cities has been an innovation center for decades, with the longstanding Research Triangle Park established more than 50 years ago anchored by North Carolina State University, Duke University and University of North Carolina-Chapel Hill. With such a dense population of smart, young talent, both legacy tech companies like IBM (NYS:IBM)   and Cisco (NAS:CSCO)  , as well as new startups, reap the talent attraction benefits. Raleigh, Durham and Chapel Hill have all seen a huge increase in the technology sector in recent years. Raleigh alone saw a nearly 40% increase in tech jobs between 2010-2015 — second only to San Francisco— and Durham was recently named the “Startup capital of the South” by CNBC.

Both Kansas City, Missouri and St. Louis — on opposite sides of the state of Missouri — routinely make headlines for their growing tech economies. Kansas City landed on the map several years ago after becoming the first site of Google (NAS:GOOG)   Fiber, and the sector has been growing ever since with a healthy and vibrant startup scene. Interestingly, Kansas City has been named one of the best cities for women in tech — it’s the only city in America where women on average earn more than men. St. Louis is also a hot spot to watch, with its downtown area thriving with coworking spaces, tech incubators, VC firms and a huge number of startups, all a result of collaborative efforts among private individuals, city officials and universities hoping to invest in the city’s future.