U.S. market’s historically worst month may not live up to its reputation 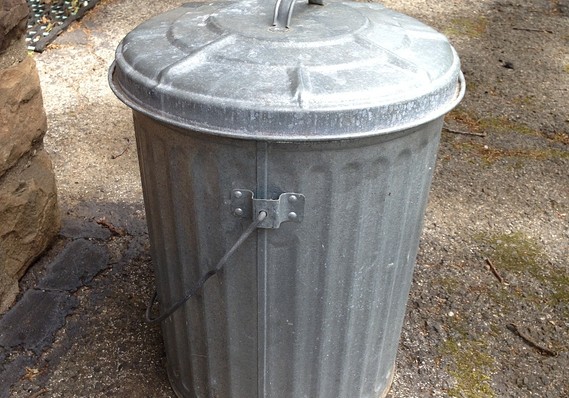 Here’s my strategy for exploiting September’s record as the worst month of the calendar for the stock market: Make no changes to your portfolio.

I offer that advice because I know of no plausible explanation for why September should be bad for the stock market. Absent such an explanation, it’s too risky to bet that future Septembers will be like past ones.

To be sure, September’s historical status as the worst U.S. stock market month is certainly secure. Not only is its average return the worst of any since the Dow Jones Industrial Average /zigman2/quotes/210598065/realtime DJIA +2.21%  was created in the late 1800s (minus 1.0%, versus an average gain of 0.8% for all other months), its poor performance has been quite consistent. In all decades but one over the last century, September’s performance rank was in the bottom half of the distribution.

To their credit, most financial advisers and other investment professionals recognize that a statistical pattern, even one as strong as September’s, is an insufficient reason to bet on it. They know you should only bet on statistically strong patterns that have a compelling story.

Where investors go wrong is in thinking that September in fact has such a compelling story. Their search for justification has taken them on a wild goose chase. Reviewing their inane rationales provides a cautionary tale about how our critical faculties can easily be ignored when we’ve already reached a conclusion.

Here are just some of the explanations advisers have advanced for why September would be the worst month of the calendar for the stock market.

The rationale: The theory is that investors are more likely to sell stocks in September because they are nervous about third-quarter earnings, which will start coming out in October.

The flaw: : I thought this was a joke the first time I saw it; yet it has been suggested in all seriousness. What doesn’t occur to those advancing this theory is that the same logic would apply to nervousness about first-, second- or fourth-quarter earnings. Yet March, June, and December returns are quite good, on average.

It’s also worth noting that the quarter since 1988 with the worst EPS change over the prior quarter is the fourth. By the logic of this rationale, December should be the worst month of the calendar. In fact, over the three decades since 1988 it’s been an above-average performer.

The rationale: Because of this six-month unfavorable pattern that lasts from May 1st to Halloween, an above-average number of stocks will be disappointing performers at the end of August. Yet traders who have been on summer vacation will have been oblivious of this, so when they return to work after Labor Day, they will sell stocks due to this surprising realization.

The flaw: : As I’ve written elsewhere, the “Sell in May and go away” pattern is based on just the third year of the U.S. presidential term. In the other three years of the presidential cycle, there is no statistically significant difference between the average May-through-October returns and those of the November-through-April periods. So if this rationale held water, Septembers in the third years of the presidential term should be worse performers than in the other three years. They’re not.

3. Pent-up selling pressure from the summer

The rationale: Because of summer vacations, traders haven’t been selling the shares they otherwise have wanted to get rid of. But after Labor Day, all that pent-up selling pressure descends upon the market.

The flaw: I also thought this was a joke when I first saw it. Those advancing this rationale fail to see that the same logic could be used to justify September being the best month of the year — by arguing that traders over the summer will have postponed buying stocks they wanted to own, and this pent-up buying pressure hits the market right after Labor Day.

The rationale: Because most equity mutual funds have fiscal years that end Sep. 30, they’ll engage in tax-loss selling in September to reduce or offset capital gains that they may have realized over the preceding year.

The flaw: This rationale’s premise is false. More than three times as many stock funds have Dec. 31 fiscal-year ends as funds with fiscal years ending in September, according to data from fund researcher Lipper. If this rationale held any water, then December should perform worse than September. It doesn’t, needless to say.

The rationale: Investors have a behavioral bias that leads them to sell stocks at the end of the summer.

The flaw: This is not a rationale at all. To attribute September’s poor record to a behavioral bias is to concede that you don’t know why the month should be so bad for investors. In fact, this rationale is no more than a tautology: The rationale boils down to saying that investors disproportionately sell in September because investors are predisposed to sell in September.

The bottom line? In a roundabout way, September’s terrible record can help us all become better investors. This won’t happen by selling stocks at the end of August, or even going short, but by reminding us that we are prone to come up with explanations that may seem plausible but have no validity.