5 things to know about Antony Blinken, Biden’s nominee for secretary of state

The veteran diplomat is the stepson of a Holocaust survivor, worked for the Clinton and Biden administrations — and has two songs on Spotify 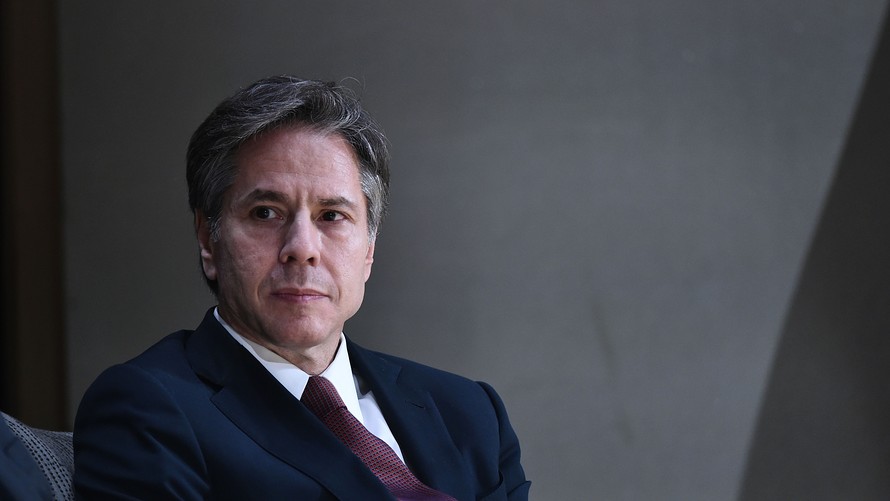 President-elect Joe Biden named veteran diplomat Antony Blinken as his nominee for secretary of state on Monday, as several news outlets had anticipated over the weekend.

Blinken, 58, is a longtime Biden adviser who first joined the State Department during the Clinton administration, when he also held roles as President Clinton’s chief foreign policy speechwriter and as a member of the National Security Council. He served as the national security adviser for then-vice president Biden during President Obama’s first term, before the commander-in-chief grabbed him to serve first as deputy national security adviser, and then as the deputy secretary of state.

But his rise in international politics actually “reads like a Jewish high-society screenplay,” a 2013 Washington Post profile has mused , which included growing up in Paris and playing guitar in a Washington, D.C. cover band. Here are 5 things you might not have known about the potential future secretary of state.

His stepfather is a Holocaust survivor. Antony “Tony” Blinken was born in New York City, but he moved to Paris when he was 9, after his parents divorced and his mother married Samuel Pisar. Pisar had survived the Majdanek and Dachau Nazi concentration camps as a boy, and escaped during a death march in 1945. Pisar was later granted American citizenship by an act of Congress, served in John F. Kennedy’s administration and became an A-list lawyer representing the likes of Jane Fonda and Elizabeth Taylor.

Blinken has credited his stepfather’s story and his time living in Paris for drawing him to diplomatic work. “I found myself enlisted at a very young age in playing junior diplomat, trying to explain the United States to my fellow students,” Blinken said during his 2014 confirmation hearing to become the deputy secretary of state.

But Blinken was tempted to choose art over politics . Blinken has a lifelong love for music, with friends revealing to the Washington Post he once sneaked out of his parents’ Parisian apartment to see a Rolling Stones concert as a young man. He played in a jazz band to raise money for his French school’s first yearbook, and he wrote for the Harvard Crimson and the weekly art magazine, What Is To Be Done. Once he began working in Washington, D.C., he would sometimes break out his guitar to jam blues songs and Beatles covers with fellow political pals like President Obama’s White House press secretary Jay Carney. (He also has a penchant for puns, with the Washington Post noting that he once began a White House meeting on Arctic policy by saying, “Before I go any further on this topic, I think we need to break the ice.”)

He has two songs on Spotify. He doesn’t just play Beatles covers; he has also written his own songs. He has two love songs posted on Spotify under the pun-tastic stage name “Ablinken” (say it out loud) called “Lip Service” and “Patience.” Check them out here.

He went on “Sesame Street” to encourage tolerance for refugees. While Blinken was the deputy secretary of state under President Obama, he met with “Sesame Street’s” furry blue monster Grover at the United Nations in New York City to talk about refugees, and how important it is to make families coming to America from other countries feel welcome. “These are people who’ve had to leave their homes because life in their countries was not safe for them. Grover can you imagine how difficult it would be to have to leave your home?” he asked at the time, adding, “even though they come from many different places, they’re just like you and me.”

His wife Evan Ryan is also a D.C. veteran . Ryan was Hillary Clinton’s scheduler while the latter was First Lady, and she has also worked as a Biden campaign staffer and as assistant secretary of state for educational and cultural affairs under President Obama. Blinken and Ryan married in a bi-denominational ceremony, as he is Jewish and she is Irish Catholic, and Blinken used his reception as another opportunity to talk about bringing different nations and religions together.

Biden also tapped former Secretary of State John Kerry as a special presidential envoy for climate on Monday, and Linda Thomas-Greenfield as his nominee for United Nations ambassador.