Luckin Coffee began operations in October 2017 and already has more than 2,300 locations 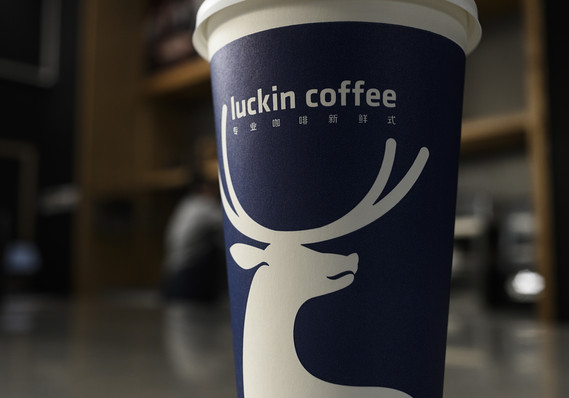 Luckin Coffee Inc., a China-based company that has quickly become a key competitor to Starbucks Corp. in that country, closed up nearly 20% on Friday after soaring nearly 50% when it began trading on the Nasdaq.

Despite the auspicious start, Bernstein analysts question whether the company can continue to grow without the use of the heavy promotions that have bolstered its expansion.

“[T]he key controversy is whether Luckin can generate sales in the absence of discounts,” analysts wrote in a May 9 note.

Luckin Coffee, which is based in Fujian, China, was incorporated just two years ago in June 2017 and began operations in October of that year. In the 18 months since then, it has grown from a single trial store in Beijing to 2,370 wholly-owned stores in 28 cities. Its customer base totaled 16.8 million “transacting” consumers as of March 31, according to its prospectus.

“Our mission is to be part of everyone’s everyday life, starting with coffee,” says the prospectus.

The company’s director and chief executive officer, Jenny Zhiya Quan, and an employee, Min Chen, hold 83.33% of the equity interest in the company.

Luckin is an emerging growth company with $125.3 million in revenue for the year ending Dec. 31, 2018. Its net loss for the year came to $241.3 million. It is the second largest coffee chain in China, says the prospectus, citing data from consulting firm Frost & Sullivan.

Though it has three kinds of stores, 91.3% of them are “pick-up stores” that offer limited seating and are located in places like office buildings and university campuses that have built-in demand. The remainder are “relax stores” and delivery kitchens.

Also: Beyond Meat is going public: 5 things to know about the plant-based meat maker

Technology is key for the company, which Luckin says it uses to standardize its operations and, through the use of AI, to analyze customer behavior to better select products and services. It’s mobile app is also a big part of the company’s operations.

“China’s coffee market is highly underpenetrated,” the company says in its prospectus. “Inconsistent quality, high prices, and inconvenience have hampered the growth of the freshly-brewed coffee market in China. We believe that our model has successfully driven the mass market coffee consumption in China by addressing these pain points.”

Here are five things to know about Luckin Coffee ahead of its IPO:

It has a risky corporate structure

Like other Chinese companies with listings outside of China, such as Alibaba Group Holding Ltd. /zigman2/quotes/201948298/composite BABA +1.66%  , Luckin Coffee is a variable-interest entity, or VIE, a structure created in the 1990s as a workaround for Chinese companies not allowed to have direct foreign ownership.

See: Why your latte costs nearly $5 despite plummeting coffee-bean prices

Under the VIE structure, the Chinese company creates two entities, one in China that holds the permits and licenses needed to do business there and the other an offshore entity, in this case in the Cayman Islands, in which foreign investors can buy shares. The Chinese entity, which is usually owned by top executives, pays fees and royalties to the offshore company in contractual arrangements. The risk is that foreign investors don’t actually own stock in the company, and local management or even the Chinese government could force a split with the listed company, leaving U.S. investors high and dry.

Among the risk factors Luckin Coffee lists are the limits to protecting shareholders under the laws of the Cayman Islands, which the company said “are not as clearly established” as those in some U.S. jurisdictions.