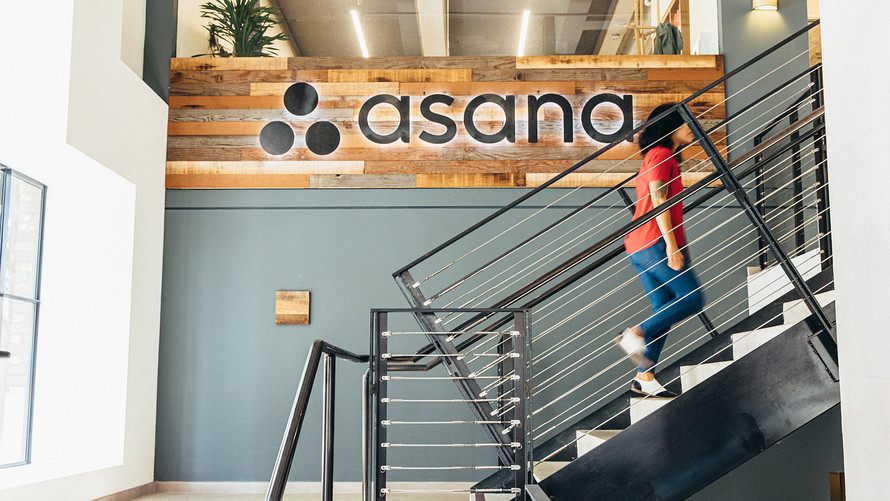 Asana Inc.
Asana Inc.’s planned direct listing on Sept. 30 comes with a lofty goal: To become the “pioneer in work management” through “the pyramid of clarity.”

Asana Inc.’s planned direct listing comes with a lofty goal: To become the “pioneer in work management” through “the pyramid of clarity.”

Translating corporate-speak, Asana (NYS:ASAN)  has a simple goal: To bring efficiency and streamlined work flow to small and big companies.

Like Palantir Technologies, Asana is following the approach taken by Slack Technologies Inc. (NYS:WORK)  and Spotify Technology Inc. (NYS:SPOT)  , and going public through a direct listing, which allows existing investors to sell shares rather than issue new stock.

Asana’s market valuation could range from $3.7 billion to $4.3 billion, analysts from MKM Partners wrote in a note, implying an initial price of $24 to $28 a share. The New York Stock Exchange established a reference price of $21 for shares Tuesday evening ahead of expected trading Wednesday.

Company Chief Executive Dustin Moskovitz, who co-founded Facebook Inc. (NAS:FB)  with Harvard University roommate Mark Zuckerberg, could have done anything when he left the social-networking giant. He chose to start Asana in 2008.

Why Asana? “I could have done a lot of things. It is the ultimate meta-problem, making employees more efficient. 1%, 2%, 20%,” Moskovitz said during Asana’s virtual investor day Sept. 10. “Our tools helps link strategy and execution.”

“When we started the company, there was a question about whether this would be a category,” Moskovitz said on investor day. “It feels much more now that this is the future. Mass adoption of knowledge workers. 2020 is a catalyst year for a lot of performance products.”

See also: IPO market is headed for busiest third quarter since the dot-com years — and there’s lots more to come

The problem is as stark as the millions of Americans who are expected to work from home for the foreseeable future: The average knowledge worker spends 60% of their time working on work. They spend 28% on email, 19% gathering information, and 14% on internal communication, according to Asana’s S-1 filing on Aug. 24 .

Asana is workplace collaboration and planning software designed to help teams of employees orchestrate work to achieve their goals smoothly and efficiently. The company’s software helps coordinate workflows and increase productivity through what it calls the three Cs: content, communication, and coordination. Asana’s intent is to enhance the first two, leading to the whole becoming greater than the sum of its parts.

Asana’s work-collaboration tools “help link strategy and execution,” Alex Hood, head of product, said on investor day. It addresses the question of who is doing what and when.

“Spreadsheets and email don’t scale,” Hood said. Asana is “very complementary to existing tools” like Slack Technologies Inc. (NYS:WORK)  , one of its customers.

Who uses the product

About two-thirds of the Fortune 500 have free or paid Asana accounts, according to the company.

Which leads to Asana’s business proposition. Most of its customers use the free service, usually through the advocacy of employees. As the product’s use scales, it leads to premium (paid) services.

“Traditional enterprise software is sold top-down,” Hood said. “Asana is built for individual workers, so it is adopted bottom-up.”

“We’re still in the early stages” of fledgling market with movement to work from home,” Asana Chief Financial Officer Tim Wan said on the investor call.

Customers who spend more than $50,000 a year like what they have used. Asana’s net retention rate among them is more than 140%, indicating the company’s biggest customers are spending significantly more than they did a year ago.

The 900-person company, based in San Francisco, Asana reported revenue of $52 million for the three months ended July 31, up 57% year-over-year. Its net loss during the period jumped to $41.1 million, compared with a $15.6 million loss for the same period last year. The company has yet to turn a profit.

The so-called work-management market is expected to grow to $32 billion in 2023 from $23 billion in 2020, according to market researcher IDC. An estimated 1.25 billion global-information workers are in play.

“A vast amount of knowledge workers need clarity,” Chris Farinacci, head of business, said on investor day. “We are mostly competing with the status quo (email, spreadsheets, sticky notes), and trying to change it.”

In its S-1, Asana specifically spells out competition: “The market for work management solutions is increasingly competitive, fragmented, and subject to rapidly changing technology, shifting user and customer needs, new market entrants, and frequent introductions of new products and services. We compete with companies that range in size from large and diversified with significant spending resources to smaller companies.”

To that end, Asana acknowledges it needs to allocate a large portion of its revenue to customer acquisition strategies, which will likely lead to increased operating losses.

A potential issue is that Asana’s sales growth decelerated in its most recent quarter to 71% from 86% in fiscal 2020. Should this trend continue, it becomes increasingly difficult for Asana to become profitable in the future.