5 ways life could change for retirees in 2018

Experts look ahead to changes for those in or nearing retirement 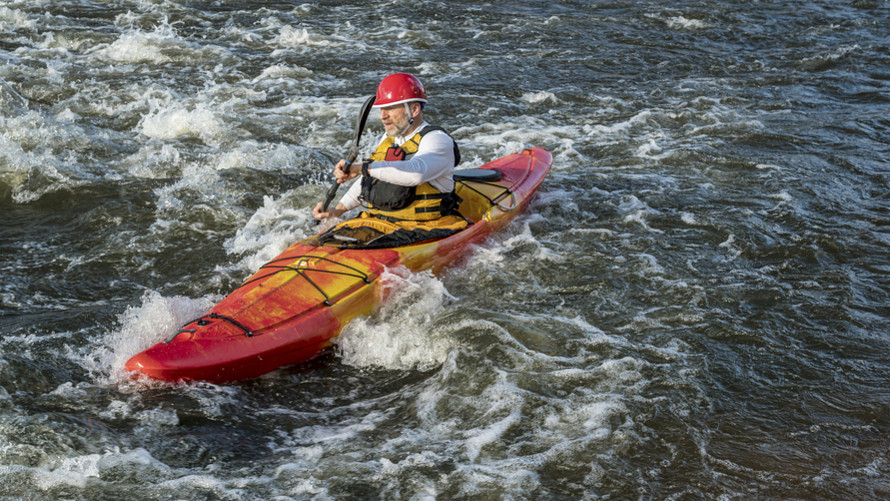 Because of the recently passed Republican tax bill, the way people donate to charities, and even where they decide to live, could be affected next year. There could also be a lot of changes to benefits offered by both companies and the government.

But it could take months to realize the tax bill’s impact on people’s retirement and savings, said Bill Meyer, founder and managing principal of Social Security Solutions in Leawood, Kan.

Retirement experts spoke with MarketWatch about what to expect in the new year. Here are five ways they say life could change for retirees — and those working toward retirement.

The new tax plan has major changes for retirees. Because of changes to charitable donation limits and the standard deduction, some retirees will switch up how they contribute to charities, perhaps doubling up on charitable donations once every two years to jump above the standard deduction. Where a person lives in retirement will be even more important too. Only $10,000 in local property taxes will be deductible on a federal level, which means retirees may want to consider a move from a state like New York and New Jersey to a state with low property taxes like Florida and Georgia.

And for workers still approaching retirement, there may be an uptick in 401(k) plans to take advantage of because the corporate tax rate is being lowered to 21% from 35%, so companies will have more money to spend on — or to hire — employees, said Jeff Dixson, founder of Northwest Financial and Tax Solutions.

Don’t miss: The Trump tax calculator — will you pay more or less?

Employers may evolve the benefits they provide, said Kevin Crain, head of workplace financial solutions at Bank of America Merrill Lynch. This can come in many forms, such as offering workers leave and services to take care of their aging parents and automatically enrolling employees into retirement plans. The former is especially important for current retirees, who will need family members to assist them when professional caregivers cannot. The latter will help future retirees have a proper nest egg when they reach retirement. Automatic enrollments and contribution increases have a profound impact on retirement saving, mostly because they get people started on saving. Participation in retirement plans spiked with auto-enrollment, while participation rates in plans without this option declined between 2013 and 2016, according to the Center for Retirement Research at Boston College . Recent economics Nobel Prize winner Richard Thaler might have had a hand in the potentially $29.6 billion retirement savers have stashed away over the past decade because his research suggested that auto-enrollment would make more people save money. Currently, larger employers are more likely to have this option available, but Crain said more employers will have to get started.

And government benefits programs are changing what they give… and take

After finishing the tax bill, Republicans will target entitlement programs, such as Medicare and Medicaid, in 2018, House Speaker Paul Ryan said earlier this month . But here’s what we know for sure: The Social Security cost-of-living adjustment for 2018 is 2%, the largest jump since 2012. With the average beneficiary receiving about $1,360, the increase means that same beneficiary would be receiving $27.40 a month more in 2018, or $326 for the year. Keep in mind, though, the raise is because of inflation, which means retirees will be paying more for goods and services as well. Workers of every age should have a My Social Security account to check their work history and potential benefits, said David Freitag, a financial planning consultant with MassMutual.

Retirement isn’t what it used to be. Decades ago, retiring meant no longer going to work and moving to a warm-weather spot. Today, it usually means having a part-time job as a consultant, a full-time job in a new field, or at least a side hustle, like driving for Uber. “It will be interesting to see if that continues in 2018 as a long-term trend or, if the economy continues its hot streak, whether more older Americans who might have continued working will see their retirement account balances finally nudging up to where they feel comfortable leaving the workforce once and for all,” said Trevor Gerszt, chief executive officer of CoinIRA, a company that allows savers to convert assets into digital currency, such as bitcoin.

The stock market was strong in 2017, with double-digit gains (about 20% for the S&P) and low volatility. Analysts expect that even as it approaches its ninth year, the bull market will continue, with the S&P 500 to reach record-breaking levels in 2018. What’s this mean for retirees? Keep thinking about the long-term, and check asset allocations. Don’t invest only in large-cap stocks but be well diversified, said Brian Saranovitz, co-founder and president of Your Retirement Advisor. Even with a bull market, near-retirees should look to reduce excessive risks as a downturn would be detrimental to their savings, and come at a bad time when they’re preparing to use and need those assets. Truth be told, nobody knows what the future holds for the market, and there could be a downturn tomorrow, he said. “Be aware that the market in 2008 can happen again,” he said, referring to the “Great Recession.”