X
Tweet
Share this bulletin
Get news bulletins by email
Bulletin Opinion: The small-cap Russell 2000 has had a powerful month, and it's not over »
Investor Alert

Midterms put the brakes on Republicans’ health-care agenda — so what’s next?

The GOP dream to repeal and replace Obamacare is now deferred 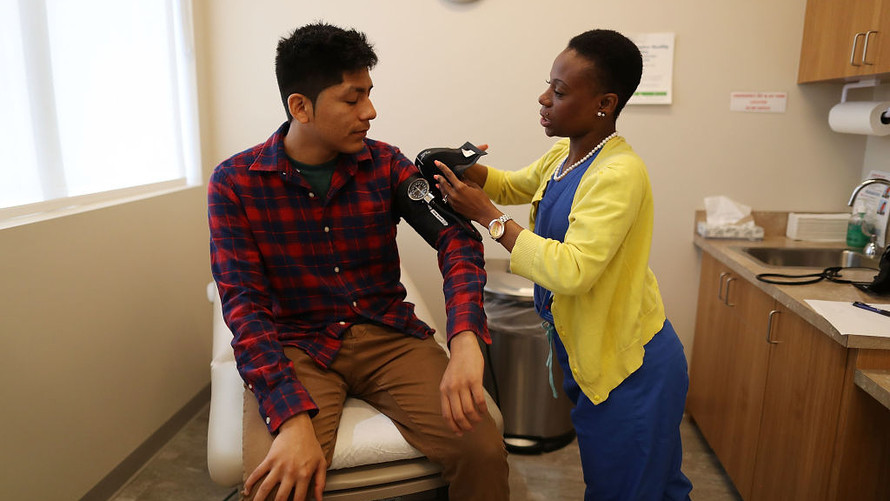 Getty Images
Health care was perhaps the most important issue to voters during the 2018 midterm election.

When millions of voters headed to the polls this week, many had health care on their minds.

Some 41% of voters said health care was the top issue facing the country during midterm elections, according to preliminary results from exit polls. It ranked ahead of everything from immigration (23%) and the economy (21%) to gun policy (11%).

“Health care is a very personal issue,” said Patrick Willard, senior director of state and national partnerships at FamiliesUSA, a nonprofit and nonpartisan consumer health advocacy organization. “People think about the need for health care and access to health care as being essential to their families and friends.”

And the election’s results are sure to hold major changes for the ongoing debate on how to improve the country’s health-care system. Here are five takeaways for consumers on how midterms will affect the cost and accessibility of health care:

The Affordable Care Act is safe

President Trump vowed to repeal and replace the Affordable Care Act, also known as Obamacare, when he took office. Those efforts were largely dashed when three Republican Senators — Lisa Murkowski of Alaska, Susan Collins of Maine and the late John McCain of Arizona — broke ranks and refused to agree to legislation that would dismantle the majority of President Obama’s signature legislative achievement.

While Republican members of Congress did eventually roll back certain portions of the health-care law, including the individual mandate that penalized people who didn’t get insurance, it still largely remained intact.

And that will be the case moving forward, now that Democrats control the U.S. House of Representatives. “The most important consequence of last night’s results is that the repeal of the Affordable Care Act is off the table until at least 2021,” said Matthew Fiedler, a fellow with the University of Southern California-Brookings Schaeffer Initiative on Health Policy.

Now the conversation in Congress, so far as the Affordable Care Act is concerned, will turn to stabilizing the marketplaces for individual insurance policies. Last year, the Trump administration cut $7 billion in health-care subsidies to low-income households that were designed to offset the cost of health insurance premiums.

For many that made the cost of health insurance much higher, and some 1 million people were expected to lose their insurance because of the change.

In the new Congress, bipartisan legislation like that written by Republican Senator Lamar Alexander of Tennessee and Democratic Senator Patty Murray of Washington could become more feasible. That bill would have made cost-sharing subsidies law as well as give states more flexibility in how they manage health insurance and other reforms. “That’s the type of legislation they would stop looking at again to make sure that coverage remains affordable for people in the individual marketplace,” Willard said.

One remaining concern for supporters of Obamacare: A lawsuit in Texas filed by the Trump administration that seeks to argue that the Affordable Care Act’s protections for individuals with pre-existing conditions should be stripped. “If that lawsuit makes it through the Supreme Court, it will unleash a massive debate in Congress about how to respond,” said Larry Levitt, senior vice president for health reform at the Kaiser Family Foundation.

Over the past year, the Trump administration relaxed guidelines set by President Obama restricting the availability and scope of short-term health insurance plans. Just as the Affordable Care Act was the bogeyman of Paul Ryan’s House majority, these insurance policies are likely to be the focus of Democratic ire now that they control the House, some argue.

“We can expect a Democratic house to attack those plans in the same way that the Republicans attacked the Affordable Care Act for the last six years,” said Scott Flanders, CEO of eHealth, an online health insurance marketplace for both traditional and short-term plans.

While a Democratic majority in the House alone isn’t enough to fully endanger short-term health care plans, some said it will allow for greater accountability for how Trump’s policies affect consumers. “You’re going to have investigations and studies to explore the impact of the proposals coming out of the administration,” Willard said.

“Last night’s results do show that Medicaid expansion is broadly popular,” Fiedler said. Altogether, 37 states have now expanded Medicaid to some extent, with most of the holdouts being in the South.

Outside of the fight for control of Congress, state elections paved the way for the continued expansion of Medicaid. Voters approved ballot initiatives in three conservative-leaning states — Nebraska, Idaho and Utah — that called on state lawmakers to expand access to Medicaid.

A similar initiative in Montana failed. It was the most expensive ballot measure race in history, according to the Kaiser Family Foundation.

Additionally, Democratic gubernatorial candidates succeeded in Wisconsin, Kansas and Maine, paving the way for potential Medicaid expansions in those states as well. Changes in the control of states legislatures also made expanding access to the federal health program more of a reality.

Another opportunity for bipartisanship could come with drug price reform. Democrats and Republicans alike have suggested that reducing drug prices is one of their main legislative priorities in the years ahead, and President Trump has taken a renewed interest in the subject as of late.

However, polarization could prove toxic for efforts to address the rising cost of prescription medications. “Perhaps the best opportunity for bipartisan cooperation is on drug prices, but even that seems unlikely in the current political environment,” Levitt said.

‘Medicare for All’ debate to continue

From Democratic Texas senatorial candidate Beto O’Rourke to Alexandria Ocasio-Cortez, Democratic member-elect of the House of Representatives for New York’s 14th congressional district, a number of Democrats have made universal health care or “Medicare for All” initiatives a progressive calling card. And with the repeal of Obamacare almost certainly off the table, the national discussion on health care reform appears primed to focus on this concept, particularly as the Democratic presidential primaries begin to get underway.

“There’s going to be a vibrant debate over the course of the Democratic presidential primary over what the party’s health care vision should be,” Fiedler said. “That debate is just getting started.”

The plan put forth by Independent Senator Bernie Sanders, who won re-election in Vermont Tuesday, would expand the Medicare program for seniors to all Americans, meaning consumers would not owe co-pays or face deductibles for medical expenses. A study by a libertarian think-tank, the Mercatus Center at George Mason University, estimated the plan would cost the federal government $32.6 trillion over 10 years .

Given how likely Republicans are to oppose the plan, some worry that Democrats could stall meaningful progress on health-care reform by fixating on Medicare for All. “I understand the appeal of the sound bite Medicare for All,” Flanders said. But he sees a different outcome: “Taking no action to resolve the crisis in the individual market today.”