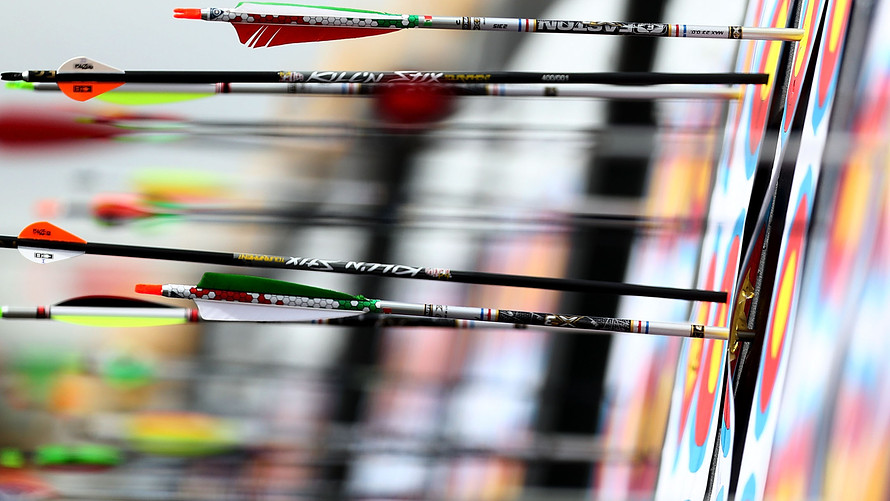 Wall Street is so full of greed, fraud and ego, a cynic might say it’s no place for any kind of spirituality to find a home.

But several religious precepts might actually help investors if they paid them more mind, judging by the long-term returns of Amana Growth Fund (NAS:AMIGX) .

The fund avoids companies in activities prohibited by Islamic law. That brings the expected ban on alcohol, “sin” and pork-processing companies. But it also layers in core investing principles that help this fund’s long-term outperformance. You’d probably be wise to follow these concepts — described below — whatever your religion.

I also take a look at other principles you should adopt because they help explain this fund’s record, according to Scott Klimo, now lead manager of the fund after co-managing it since 2012. The fund beats its Morningstar category (large-cap growth) by 1.3 to 1.8 percentage points annualized over the past three and five years, with less volatility to boot, according to Morningstar.

Here’s a look at investing concepts you can borrow from this fund to boost your returns and, who knows, get more peace of mind in the process.

Islamic law prohibits paying or receiving interest, so banks are out. But this also contributes to the imposition of limits on company debt. Any businesses with a debt-to-market-cap ratio above 33% get the boot.

“We believe that financial sustainability is integral to the success of a business,” Klimo told me in a recent interview. “We’ve done multiple studies, and it just works. It creates a nice tailwind, and this contributes to performance.”

A basic investing principle is at work here: The easiest way to make money is to not lose it. Heavily leveraged companies can blow up, so avoiding them reduces risk. “Risk reduction goes hand in hand with performance,” says Klimo.

This rule keeps the fund out of notoriously volatile areas like basic materials, real estate, telecom and banks. This means the fund bounces around less than the S&P 500 (S&P:SPX) , the Dow Jones Industrial Average (DOW:DJIA)  and Nasdaq Composite (AMERICAN:COMP) . The Amana Growth Fund is one of the least-volatile funds in its category, says Morningstar analyst David Kathman.

2. Stop watching every tick and overtrading

Spend any time on Twitter and you’ll notice how mesmerized people get watching the market and their stocks trade all day, commenting on every little move. This is pretty stupid, and a big waste of time. It doesn’t make your stocks go up any faster. It drains energy by creating stress.

This is valuable advice, both for reducing stress, and for freeing up time for activities that actually help — like actual research.

Because Islamic law discourages speculation, excessive portfolio trading is out at the Amana Growth fund. It has a decidedly long-term approach. The average holding period is greater than 10 years. It has held Apple (NAS:AAPL)  since maybe before you were born — the early 1990s.

So when COVID-19 hit the headlines in March, Klimo didn’t scour holdings for names to ditch because they might fall more. “We said we own good companies and they will come out strong on the other side. So it will be fine,” says Klimo.

Part of this long-term doctrine means having the sense to stay in good names even if they look expensive. “We will hold if the operational thesis is still intact,” says the fund manager.

For example, Amana Growth has a 6% position in Intuit (NAS:INTU) . That’s a really big holding given that many mutual funds limit size of a single holding to 1%-2% of the overall portfolio. The tax and financial software company looks pricey with a forward P/E in the upper 30 range. Growth may get hit as COVID-19 puts customers out of business.

“But they have a tremendous long-term double-digit earnings growth track record,” says Klimo. “We still like the story long term.” Near-term, Intuit would get a boost if Joe Biden becomes president in January, which would bring lots changes to federal tax laws, in turn supporting demand for its products.

When does Klimo sell? Triggers include a change in the original investment thesis, or signs of management malfeasance. 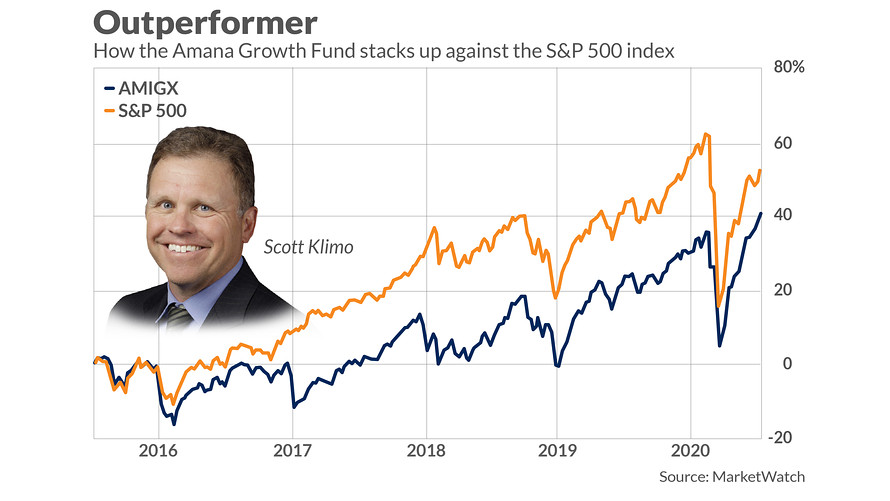 3. Invest in companies with a sustainable competitive advantage

A favorite is companies with a clear technology edge. Klimo has a 4.7% position in ASML (NAS:ASML)   (AMS:NL:ASML) , which makes lithography machines that produce chips. ASML has a lock on the market with 75% share. As this business transitions to “extreme ultraviolet lithography,” which uses ultraviolet wavelengths in chip production, ASML will have 100% market share, predicts Klimo. “They will just own the market. They have a technological edge over everybody.”

Another example: TJX (NYS:TJX) , a 2.8% position. Klimo thinks TJX, whose stores include T.J. Maxx, Marshalls and HomeGoods, is so good at discount retailing and setting up the lure of the “treasure hunt,” it has its own niche — and a protective moat that keeps competitors at bay. Now, with retailers going out of business because of the slowdown, TJX will be able to find even more bargains for shoppers, which will help results.

4. Invest in high quality of management

You can spot them by looking at their track records. Klimo owns the home improvement retailer Lowe’s (NYS:LOW) in part because Marvin Ellison took over as CEO in 2018, after years of producing great results at Home Depot (NYS:HD) . Now he’s using many of the same tactics to boost profit margins at Lowe’s — like fine-tuning inventory management and online operations.

Klimo is also sticking with Apple because of the “tremendous” leadership of CEO Tim Cook. Klimo cites Apple’s success with services. Popular offerings like Apple Pay, iTunes and the App Store, have thrived under Cook. Unlike skeptics, Klimo isn’t worry Apple will stumble in smartphone innovation. He expects new 5G-capable models coming out in the fall to be a hit. “We still have supreme confidence in the investment thesis.”

5. Go with diversity at the top

Klimo likes gender diversity in top management and boards because he says it improves company performance. Here, he cites holding Estée Lauder (NYS:EL) , which has five women on its executive team including the CFO, and seven women among its 16 board members. Klimo expects continued growth through expansion in China and other parts of Asia. He also rejects the theory that working from home stifles cosmetics demand. “People still want to look good on their Zoom calls.”

What’s ahead for the economy

Klimo also likes Estée Lauder’s history of holding up in a weak economy. That’ll come in handy, because he doesn’t expect a “V-shaped” recovery. He cites the continuing spread of COVID-19, which will worsen when flu season arrives. Even if governments don’t impose broad lockdowns, companies will shut facilities and stores.

Another risk few people are talking about: State governments’ balanced-budget mandates. Shortfalls in tax revenue will bring large cuts in state services, a big part of the economy. “There is a real big problem coming down the pike from the perspective of state budgets.”

Not that any of this matters for Klimo’s investment strategy. If history is any guide, his fund will just stick with its winners through any worsening of the economy.

At the time of publication, Michael Brush had no positions in any stocks mentioned in this column. Brush has suggested TJX, LOW, HD and EL in his stock newsletter Brush Up on Stocks. Brush is a Manhattan-based financial writer who has covered business for the New York Times and The Economist Group, and he attended Columbia Business School. Follow Brush on Twitter @mbrushstocks.