5 things that show how cheap rich people can be

Beyonce was spotted shopping at Target, and it’s cracking Chrissy Teigen up. 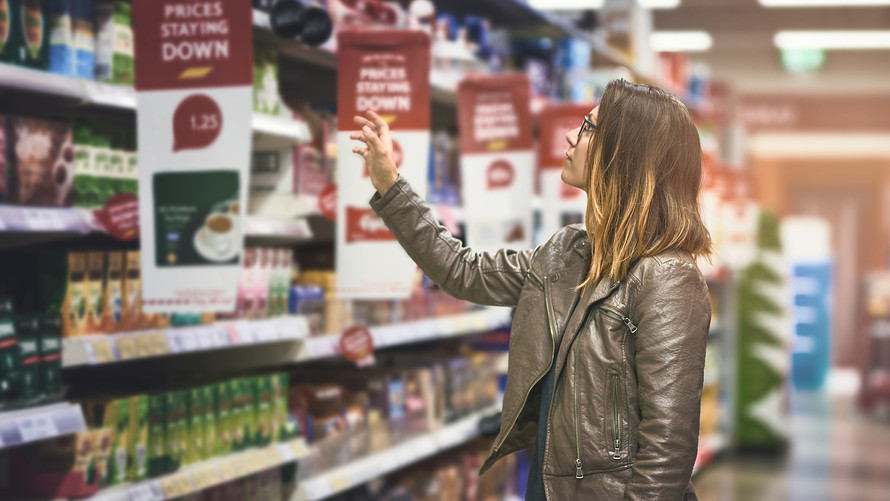 She’s crazy in love — with Target.

Beyonce was reportedly spotted at a Target in Los Angeles this week. And seeing as how the singer is worth an estimated $355 million, according to Forbes, the internet responded with shock. Model Chrissy Teigen, for example, joked that the music star need not go to the big-box store, as she could send Beyonce her line of Cravings cookware for free.

Of course, she’s far from the only wealthy celeb who’s sometimes frugal. Investor Warren Buffett is worth more than $70 billion but he often doesn’t act like it. The 2017 documentary “ Becoming Warren Buffett ” showed Buffett, the CEO of Bershire Hathaway, eating breakfast each day at McDonald’s. Each morning, he asks his wife to set out $2.61, $2.95 or $3.17, which determines which breakfast he gets. “When I’m not feeling quite so prosperous, I might go with the $2.61, which is two sausage patties, and then I put them together and pour myself a Coke,” he says in the film. But more than that, he also still lives in the five-bedroom home he bought for just over $30,000 in 1958 in Omaha.

Don’t miss: 5 ways to tell if you belong among the new elites — the ‘aspirational class’

Lots of rich people are frugal, experts say. “Rich people don’t get rich by spending it all,” says Pam Danziger, a researcher focused on the affluent market and founder of Unity Marketing , which helps brands better connect with affluent consumers. “They know better than anyone that by being careful shoppers they can achieve a lifestyle several rungs up the income ladder.”

There are myriad reasons that many affluent people are, well, cheap. Some of them are self-made and have spent many years before they were rich being thrifty. “Thriftiness is habit-forming,” says Scott Tucker, the president and founder of financial firm Scott Tucker Solutions in Chicago.

Others fear that their wealth isn’t permanent, so they don’t spend a lot of their money. This is particularly true of the top 10% of the income spectrum, according to the 2015 Survey of Affluence and Wealth by research and polling firm YouGov. “The resourcefulness, financial independence and spending constraints that arose from the fear of the recession are now enduring attitudes of family financial management,” the authors wrote.

During the recession, like many Americans “fear drove them to step up their savings, cut spending, and retool their household budgets, and to become more resourceful and independent when evaluating and making significant purchases. Over time, panic has given way to confidently applying these practices to their purchasing habits.”

Of course, rich people spend plenty, d ropping $234 billion a year on luxury goods and services, Business Insider notes . Still, many of them are very thrifty. Here are five things that show that:

You’ll find them in the aisles of Target and Walmart...

One in three people with a net worth of more than $5 million says they shop at Walmart, according to a survey of 1,200 ultra-high-net-worth investors released by financial information site Millionaire Corner . What’s more, nearly half say they shop at Costco and more than four in 10 at Target. Indeed, when actress Busy Phillips saw that Beyonce had reportedly shopped at an L.A. Target this past week, she said she couldn’t believe it was on a day she wasn’t there.

…and dropping coin at the dollar store

Many dollar store shoppers make $100,000 a year or more, data released by research firm NPD Group found. “Considering that nearly one in five dollars spent there is contributed by the affluent, dollar stores’ value proposition clearly resonates across economic segments,” says Andy Mantis, executive vice president of Checkout Tracking, a division of NPD. The average wealthy dollar store shopper makes about one trip a month to those stores, the data showed (though, to be fair, lower income people do make more frequent trips).

They tool around town in a Ford

Sure, there are plenty of loaded Americans driving BMWs, but many drive far more modest cars. Data released in August 2016 by car site Edmunds.com found that the most popular car among those with incomes above $250,000 a year was the Ford F-Series, followed by the Jeep Grand Cherokee and the Jeep Wranger; the Lexus RX and BMW X5 were only the No. 4 and No. 5 on the list.

“There will always be an interest in and market for high-end exotic vehicles,” says Edmunds.com executive director of industry analysis Jessica Caldwell. “But, overall, most of the wealthiest Americans look for their vehicles to perform the same kind of functional tasks that everyone else does.”

Other studies show a similar penchant for modest cars among the wealthy: Among the top 10 most popular vehicles in America’s wealthiest neighborhoods, half are non-luxury vehicles, an analysis of car-buying habits of residents of the 10 wealthiest zip codes in America by TrueCar.com found. These include the Honda Accord, Toyota Camry, Honda CR-V, Volkswagen Jetta and Toyota Prius

They clip a lot of coupons

Millionaire actress Kristen Bell says she’s an avid couponer. Her favorite: the Bed Bath and Beyond Coupon. And she’s not the only rich person to do so. People making over $100,000 were actually more likely than those making less to use coupons, a survey of more than 8,000 shoppers by deal site Deals.com found.

What’s more, one in four people who often use six or more coupons during each shopping trip were affluent, reporting incomes of $75,000 or more, according to research by the University of Arizona’s John Davis Norton School of Family and Consumer Sciences. They’re known as “coupon divas” by the researchers. “They don’t use coupons because of financial constraints but because they perceive coupons as saving them money,” said Anita Bhappu, an associate professor at the University of Arizona.

They give a lower percentage of their income to charity

“The rich aren’t the most generous,” concludes a 2012 study published in the Chronicle of Philanthropy . “Middle-class Amer­i­cans give a far bigger share of their discretionary income to charities than the rich.” The data, which looked at IRS records, found that while households earning $50,000 to $75,000 give an average of 7.6% of their discretionary income to charity, households making $100,000 or more give an average of 4.2%.

This story was originally published in 2017 and has been updated with Beyonce news.