5 weird products Americans are stockpiling, including a surge in demand for dumbbells

Traffic at Walmart, Costco and Target fell for the first time in weeks as coronavirus stockpiling behavior shifts 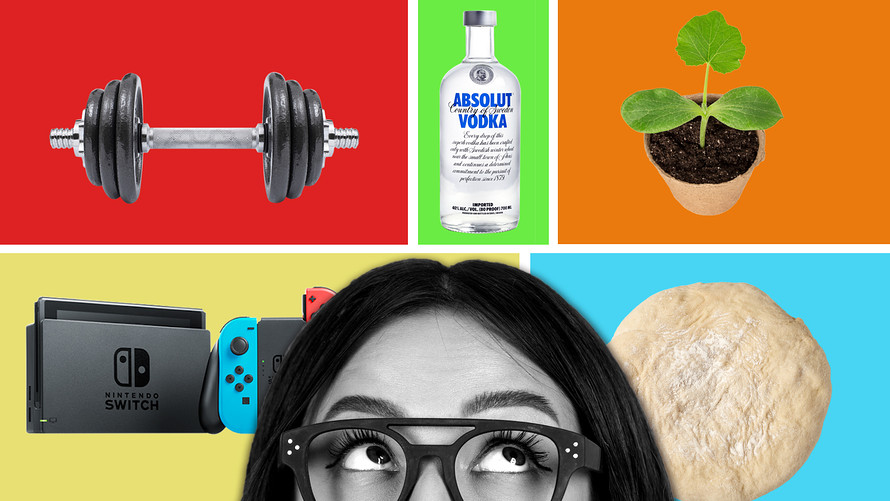 Toilet paper and paper towels are so two months ago.

Now that more Americans have adjusted to what will likely be their new normal for the foreseeable future, they’re looking for ways to entertain themselves, stay fit, cook more and grow their own produce at home. There’s been a surprising surge in some products.

New York Gov. Andrew Cuomo said there were signs of flattening the curve of new cases, helped by wearing masks and gloves. “Let’s learn from those lessons,” he said, citing the importance of social distancing. As mask inventory plummeted, he advised people to make their own.

Traffic at Walmart, Costco (NAS:COST)  and Target fell for the first time in weeks as coronavirus stockpiling behavior shifts. Shopper traffic could climb again, though social distancing and e-commerce may keep consumers away from stores.

These 5 items have had a surprising bump in sales:

Although supermarkets and one-stop-shops like Target (NYS:TGT) and Walmart (NYS:WMT)  are open, many Americans, particularly those most at risk of contracting coronavirus, have turned to grocery delivery services like FreshDirect, Instacart and Amazon Fresh (NAS:AMZN) .

But the demand has made securing a food-delivery time slot almost impossible in some parts of the country. This may be the driving force leading more Americans to buy fruit and vegetable seeds from home-improvement stores like Lowe’s (NYS:LOW)  and Home Depot (NYS:HD)  as well as sites like Amazon, Walmart and Target.

On Walmart’s site virtually all vegetable and fruit seeds are out of stock. A Walmart spokeswoman told MarketWatch that fruit and vegetable seeds in addition to the four items in this story are “all in high demand and we are working to replenish.”

Also see: Walmart hit with wrongful-death lawsuit by estate of worker who died of coronavirus

On Target’s site, an herb-growing set as well as a “Salsa Garden Grow Kit” are out of stock. Target said in a statement “beginning in mid-March, the company experienced an even stronger surge in traffic and sales.” The company declined to comment on seed sales.

Lowe’s online seed inventory varies by location and customers can also purchase seeds in-stores. “We continue to see customers engage in spring projects,” a company spokesman told MarketWatch. “One of the emerging projects has been planting seeds for at-home fruit and vegetable gardens.”

Like Lowe’s, Home Depot’s online inventory is also based on location. Almost all their seeds listed online state that “delivery is unavailable.” A company spokeswoman declined to comment on demand for seeds.

‘There is a tremendous amount of pressure being placed on the supply chain, as restaurants for dine-in are not open.’

One brand of seeds, Burpee Seed Company, based in Warminster, Penn. has seen a surge in sales of their vegetable seeds over the past month. The company has not experienced comparable demand for their products which are sold on Amazon. Many of their products are either close to being out of stock or are in stock but will not be able to be delivered until a month from now.

“We are seeing increased online shopping and as a result some products such as household staples and medical supplies are out of stock,” an Amazon spokeswoman said. “With this in mind, we continue to focus on receiving and shipping high priority products that customers need at this time.”

The stock market crash of 1987, the dotcom bubble burst of 2000 also saw an increased demand for Burpee seeds, NPR reported.

“There is a tremendous amount of pressure being placed on the supply chain, as restaurants for dine-in are not open, and consumers are forced to purchase fresh vegetables for consumption to make their own meals,” said Keith Jelinek, a managing director at Berkeley Research Group, an international financial consulting firm.

He also said some consumers are worried about buying food, and the risk of coronavirus surviving on the surfaces. “This has forced many consumers to re-think, and to grow their own vegetable gardens to supplement their food supply, and to know it is relatively safe.”

There is no evidence, however, that coronavirus is transmitted from food or food packaging, according to the Food and Drug Administration, even though it’s been shown to live on the surface of cardboard. Nor is there any indication that people have contracted coronavirus, from consuming food, according to food safety health experts.

2. Dumbbells and other fitness equipment

Since fitness centers across the country have closed, more Americans are exploring ways to exercise at home. To help them stay fit, Peloton (NAS:PTON) , Daily Burn, Nike Training (NYS:NKE) and 11 other fitness platforms have made classes available free of charge.

Online orders for fitness equipment such as kettle bells, dumbbells and treadmills saw a 55% boost in the week spanning March 11–15 compared to the 10 days before, according to Adobe’s (NAS:ADBE)  new Digital Economy Index , released late last month.

Like vegetables and fruits, more Americans are stocking up on yeast to make their own bread. For the first week of April, baking yeast sales were 303% higher than the same week of 2019, according to Nielsen data (NYS:NLSN) Two weeks prior, sales of yeast were 647% higher than they were for the same week last year.

Yeast has also had the most week-over-week growth of any category Nielsen tracks. One popular brand of dry and active yeast, Red Star, is flying off the shelves of food stores, according to a notice on its site. “We are aware that Red Star Yeast is difficult to find through online sources and in stores everywhere.” All three types of yeast the company sells (active dry yeast, instant yeast and fresh yeast) are “in vigorous demand,” said a company spokeswoman.

“We are encouraging our retailers to temporarily limit the amount each customer can take to help ensure there is enough to go around until stocks are fully replenished.”

On Amazon, there are no limits on the amount of yeast a customer can purchase.

The price third-party sellers are charging for a two-pound pouch of active yeast hit an all-time high of $49.97 earlier this week. Four years ago the same pouch was selling for $2.25.

Many of Amazon’s products are being sold by third parties. Third-party sellers were charging $49.97 for a two-pound pouch of active yeast earlier this week, marking an all-time high, according to Camelcamelcamel.com, a site that tracks prices of products sold on Amazon. Four years ago the same pouch was selling for $2.23.

“Sellers set their own product prices,” an Amazon spokeswoman told MarketWatch. “We have policies to help ensure sellers are pricing their products competitively. We actively monitor our store and remove offers that violate our policies.” Amazon did not respond to a request for comment on whether the Red Star’s two-pound pouch listed by third-party sellers violated these policies.

Other Red Star products and yeast brands are either out of stock already or very close on Walmart’s site. A Walmart spokeswoman confirmed that yeast is “in high demand,” adding that the company is “working to replenish it.”

4. Booze is a staple in a pandemic pantry

In mid-March, alcohol sales skyrocketed as people loaded up their pantries before state stay-at-home orders went into effect. By the week ending on March 28, the demand for alcoholic beverages began leveling off compared to the prior two weeks. That said, total online alcohol sales were 291% higher that week compared to the same week last year.

‘We’re anticipating tough roads ahead for the industry.’

It might be a long time until alcohol sales bounce back, said Chris Swonger, CEO of the Distilled Spirits Council, a trade association representing producers of distilled spirits. “We are concerned with industry and the impact [coronavirus] may have,” Swinger said. The Nielsen data published earlier in March is misleading, he added. “We’re anticipating tough roads ahead for the industry.”

5. Some gaming consoles have nearly doubled in price

As more Americans are hunkering down at home, especially in states where shelter-in-place orders are in effect, video games are gaining popularity. In fact, Nintendo Switches (OTC:NTDOY) , a popular game console, have been out of stock at several online retailers. The consoles, which are often bundled with a video game, are now back in stock on Amazon and Walmart.

On Amazon, the consoles are being sold by third parties for nearly $574. In early February, they sold for roughly $330. (Nintendo Inc. did not immediately respond to a request for comment). Many of the games people are playing online “replace part of the lack of socializing in person,” said Jelinek. “Many games are played with others on platforms such as Steam.com, where you can play interactively with video cameras, messaging and voice.”