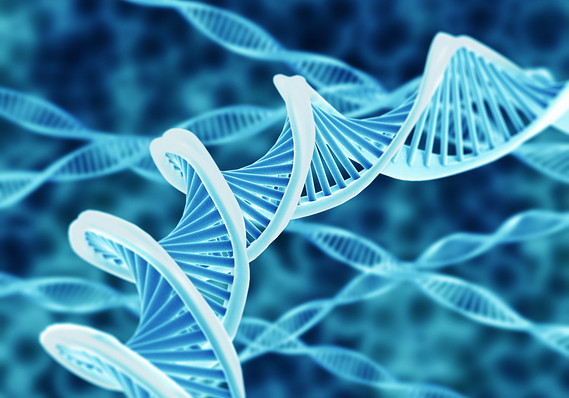 The iShares Nasdaq Biotechnology ETF /zigman2/quotes/206189322/composite IBB +1.82% has soared about 60% from lows during a bout of weakness last April, compared with an increase of 16% for the broader market. And this year has started off well, with a gain of 10%.

The story gets even better for some of the hottest companies in the group. Pharmacyclics , which I first suggested in my stock newsletter “ Brush Up on Stocks ” at around $10 in September 2011, traded recently at $220, more than doubling since April 15.

Those big moves may have been profitable for some investors, of course. But they are also a cause for concern. Such giddy moves in stocks, even if companies have great products and fundamentals, suggest that sentiment is too high.

I’m not the only one who is skeptical of the latest monster move in biotech. “At current levels, we believe another pullback is due,” biotechnology expert John McCamant wrote in the most recent edition of his “Medical Technology Stock Letter.” “We remind investors that last January-February [of 2014] were also super strong — only to witness stocks getting crushed in March.”

What could tank biotech? To root out probable causes for a correction, I recently consulted McCamant and a few other sector experts. Here’s the short list, and five stocks to consider buying in any pullback. Often, the best times to buy anything are the hardest times to buy, because everyone is so negative. Otherwise, they would not be selling so much.

1. We have another Janet Yellen moment. It’s never good when Fed officials opine on stock valuations. But that doesn’t stop them. Last July, Fed Chairwoman Janet Yellen contributed to a selloff in biotech after she commented in a report that biotech valuations “appear substantially stretched.” Though sector analysts disagreed with her, investors got spooked.

2. Some companies drop “data bombs.” The Food and Drug Administration (FDA) has gotten so much better at approving drugs in a more timely fashion and so many are going through, many investors have been lulled into overlooking the fact that sometimes promising drugs simply blow up in development. They fail to produce good enough results. The “data bomb” can always be a big shock, says McCamant. “And it comes out of left field. You never know when something is going to blow up.” Biotech may be particularly vulnerable now, given that so many generalist investors have jumped in to chase returns.

3. Pricing pressure returns. This one continually haunts the sector, sparking big selloffs from time to time. It will continue to do so. Here is the dynamic: Companies that develop therapies for hard-to-treat ailments like hepatitis C or cancer charge an arm and a leg. So, not surprisingly, insurance companies, pharmacy-benefit managers (PBMs) and even representatives in Washington, D.C., take shots at them.

Investors get spooked that “this time it’s real” and prices will come under pressure throughout the group. So they flee biotech stocks.

This happened big time in March-April 2014 after Henry Waxman, a Democrat from California, and other lawmakers sent a letter to Gilead Sciences /zigman2/quotes/210293917/composite GILD +3.33% chastising the company for charging $84,000 for its hepatitis C treatment, Sovaldi.

Another example: Late last year, Gilead’s stock got hammered when competitor AbbVie /zigman2/quotes/202428675/composite ABBV +2.93% struck a deal with the pharmacy-benefit manager Express Scripts that gave exclusivity to AbbVie’s hepatitis C drug in exchange for a significant discount on the drug. The news took down the group. Gilead and Cigna /zigman2/quotes/208431372/composite CI -1.62% struck a similar deal in early February — with the same effect on biotech stocks.

Wash, rinse, repeat. It’s not over.

But pricing pressure might not be the issue many investors fear, says Brian Orelli, a senior biotech contributor for Motley Fool. Sure, where competing therapies aren’t too different, as with hepatitis C treatments, insurance companies and PBMs will play competitors off each other to drive down prices. But when a biotech company sells a unique cure for a major ailment, this probably won’t happen. “It is hard for the PBMs to reject a drug that doesn’t have completion, because patients will start complaining,” says Orelli. For the same reason, Congress doesn’t really have any muscle to lower drug prices either, he says. Would Medicare disallow a unique drug because it is too expensive? “I think not. Constituents would complain,” says Orelli.

4. This year brings an onslaught of generic drugs. The FDA is woefully behind on approving applications to sell generic versions of drugs coming off patent. Its backlog has risen to about 4,000 now, from 2,866 in 2012, says RBC Capital Markets analyst Randall Stanicky. Annual approvals dipped to about 400 from 517 over the same time.