6 reasons why young people must save much more

Henry (Bud) Hebeler retired from The Boeing Company in 1989 where he was vice-president for corporate strategic and operational planning. Before that he was president of The Boeing Aerospace Company, a division which did all of Boeing’s space work and most of the military products. He now helps people with retirement planning personally and with articles and programs on Analyze Now, a site often referenced by The Wall Street Journal and many financial publications. He has three degrees from MIT, has been on advisory committees to the U.S. Congress, Departments of Interior, Commerce, Energy, and Defense, an economic advisor to the Washington State governor, a member of Washington's Economic Development Council and a member of several university boards. 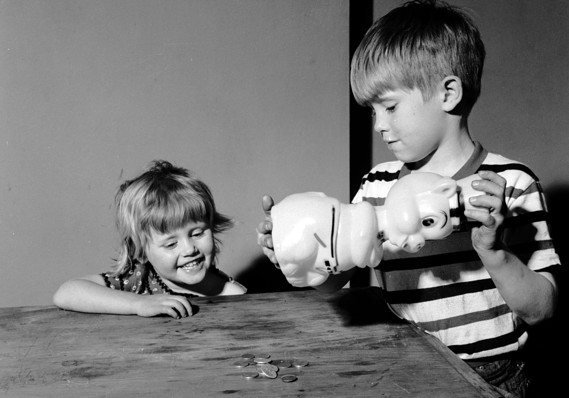 Young people are saving far too little. They can either spend or save, but they can't do both with the same dollar. Spending more is fine for business growth and the government which collects more taxes when consumption is high, but not for retirement. Here are 6 major reasons why they must save more or otherwise face retirement in poverty and financial stress. If tax rates go down, saving more is easier.

1. Current savings rates are less than half of previous generations. Historical savings rates were 11.2% of disposable income from 1952 through 1984. That was enough for reasonable retirement support in the past. Starting in 1985, consumption started to replace savings until we save only about 5% now. The amount of lost savings for each year since 1984 is the amount of each year's disposable income times the difference between 11.2% and the actual savings rate. The sum of the savings losses from 1985 through 2015 is larger than $16 trillion in today's dollars —in the same ballpark as the national debt.

2. Savings plans have replaced pensions. Pensions have all but disappeared from the commercial workplace. Except for most government jobs, pensions have been replaced by 401(k)s and 403(b)s. Savings rates for those without pensions should be closer to 15%, far from the current 5%. If 15% should have been the norm, the sum of savings losses from 1985 through 2014 exceeds $27 trillion in today's dollars, 38% more than the national debt.

3. They will face massive debts. College costs also have grown exponentially, leaving graduates with huge burdens before they even get to think about financing homes. Even the elderly are going into retirement with large mortgages and often unpaid credit obligations. One in five households struggle to pay medical debts , 42% of homeowners ages 65-75 still have mortgages in their retirement, an alarming situation for those living from one Social Security check to the next. Worse, emergency reserves are so low, that over 60% of households will have to borrow money to pay a $500 care repair bill.

4. Their adult children and elderly parents will need help. Boomers and millennials will need additional support either from their children or in the form of more welfare because they have saved far too little and are prematurely drawing down their retirement savings . Most have hardly enough to cover emergencies and will have a poverty-stricken retirement. More elderly moms and dads will be selling their homes and moving back to live with their children, just the opposite of what those young people are doing today.

5. They will live longer. When Social Security began about 80 years ago, few people lived much past 65. According to the Social Security Administration, life expectancy for a 65-year-old man is over 84 and almost 87 for a woman. Further 25% of these will live past 90 and 10% past 95. Those with a younger spouse will have to stretch savings longer. Improved medical care and scientific discoveries will continue to push life expectancies higher . Hence, younger people will have to save more to support a longer retirement life and ever increasing long-term-care costs.

6. They have not done a retirement analysis. This is rather remarkable considering the many retirement programs available free on the internet. In many cases, their savings habits are so bad that they simply do not want to face their problem. I've had emails from people with annual incomes of over $300,000 who never saved. One professional planner told me that he has clients with savings over $10 million that are at risk of exhausting savings because of the lifestyle they want to maintain. On the other hand, I've had emails from many people with very modest incomes who have done some planning, saved more than I would have expected, and will be mortgage free when retired.