What you need to know about your 2013 return 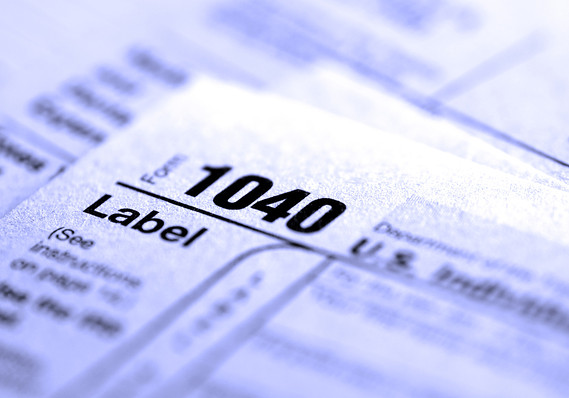 Time marches on, and you’ll soon be receiving your 2013 W-2 and 1099s. So it’s not too soon to start thinking about putting together your Form 1040 for last year. As you do, please take note of the following key federal income tax changes that took effect in 2013.

Specifically, the 3.8% Medicare tax hits the lesser of your net investment income or the amount of AGI in excess of the applicable threshold. Net investment income includes interest, dividends, royalties, annuities, rents, income from passive business activities, gains from assets held for investment like stocks and bonds, the taxable portion of personal residence gains, and income and income and gains from the business of trading in financial instruments or commodities,. (Income and gains from assets held for business purposes are not subject to the 3.8% tax.)

Before 2013, the Medicare tax on salary and/or self-employment (SE) income was a flat 2.9%. If you’re an employee, 1.45% was withheld from your paychecks, and the other 1.45% was paid directly by your employer. If you’re self-employed, you paid the whole 2.9% yourself.

To discover whether you owe the new 0.9% Medicare surtax, fill out IRS Form 8959 (Additional Medicare Tax).

The last time we saw a phase-out rule for personal and dependent exemption deductions was back in 2009. Sadly, the phase-out deal is back for 2013 and beyond. As a result, your 2013 personal and dependent exemption write-offs might be reduced or even completely eliminated. Phase-out starts at the following adjusted gross income (AGI) thresholds: $250,000 for singles, $300,000 for married joint-filing couples, $275,000 for heads of households, and $150,000 for married individuals who file separate returns.

The last time we saw a phase-out rule for itemized deductions was also back in 2009. Unfortunately, this phase-out provision has also been resurrected for 2013 and beyond. As a result, you can potentially lose up to 80% of your 2013 write-offs for home mortgage interest, state and local income and property taxes, charitable contributions, and miscellaneous itemized deduction items (such as investment expenses and fees for tax advice and preparation). Phase-out starts as the following AGI thresholds: $250,000 for singles, $300,000 for married joint-filing couples, $275,000 for heads of households, and $150,000 for married individuals who file separate returns. More specifically, the total amount of your affected itemized deductions is reduced by 3% of the amount by which your AGI exceeds the threshold. However, the reduction cannot exceed 80% of the total affected deductions that you started off with.

Before 2013, you could claim an itemized deduction for medical expenses paid for you, your spouse, and your dependents, to the extent the expenses exceeded 7.5% of AGI. Starting in 2013, the hurdle is raised to 10% of AGI for most folks. However, if either you or your spouse were age 65 or older as of 12/31/13, the new 10%-of-AGI threshold will not affect you until 2017.

Thanks to the well-publicized 2013 Supreme Court decision, same-sex marriages that are recognized under state or foreign laws must now be recognized for federal tax purposes. So folks who were married under such laws as of the end of 2013 must use either married joint-filer status or married filing separate status for their 2013 federal income tax returns. In most cases, filing jointly will be the tax-smart choice. In any case, members of legally married same-sex couples cannot file their federal returns as unmarried individuals for 2013 and beyond.

Note that members of same-sex couples who have entered into civil unions or domestic partnerships are still treated as unmarried individuals for federal tax purposes.

How to catch up on retirement savings

There is one tax break for divorcees