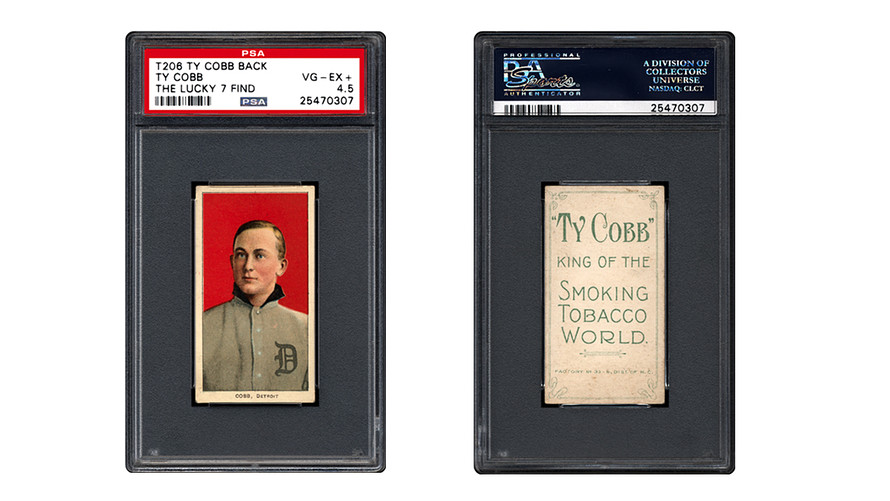 Talk about a find inside a torn paper bag: Seven cards from American Tobacco Company printed nearly a century ago that feature baseball great Ty Cobb.

The cards are so rare that previously only 15 were known to exist. This find could be worth more than $1 million, according to Joe Orlando, the president of California-based Professional Sports Authenticator, the company that has verified the find.

The family that found the cards was sorting through their great-grandparents’ possessions, Orlando wrote on the PSA website . One of them decided to look through a torn paper bag and found post cards, other paper products — and the cards.

The family, which hasn’t been identified, doesn’t know much about baseball cards, he wrote. Members, however, did recognize Ty Cobb’s name. They showed the cards to a regional dealer, who then approached PSA.

Cobb is a Hall-of-Famer who played primarily for the Detroit Tigers and is considered one of the game’s greatest players. He still holds the record for career batting average, although he lost his claim to the all-time hits leader to Pete Rose in 1985.

The Ty Cobb cards, known as T206 Ty Cobb, are even rarer than the T206 Honus Wagner card that gets even more attention, Orlando wrote.

Here’s how Orlando sums up the find on the PSA website:

“It takes something truly special to make me feel like a kid again, but this was one of those moments. This is what the hobby is all about. Even though we live in the information age, the Internet age, undiscovered treasure is still buried out there. There is no question that these types of finds are few and far between. They are becoming more and more uncommon as time goes on, but until every attic is searched and every old box or bag examined, these finds represent the hope that all collectors dream about.”