More than 44% of Americans pay no federal income tax 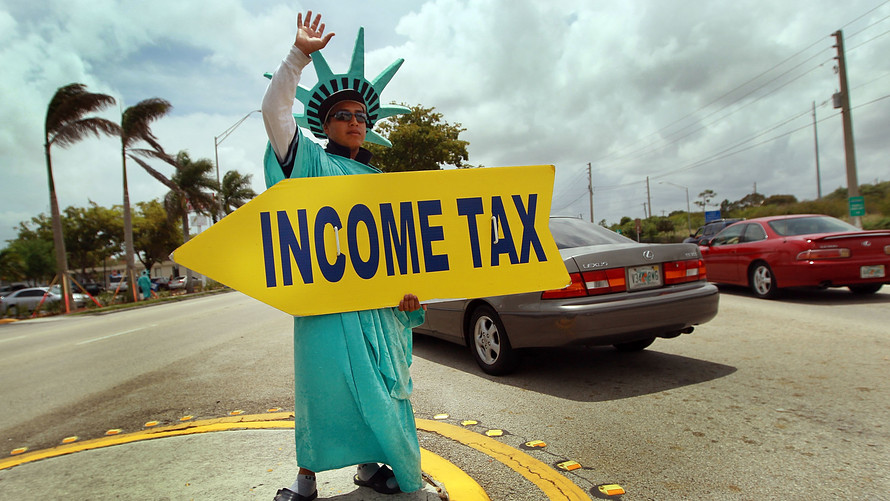 Tax-filing season has begun. Americans have until April 15 to file their income taxes. There’s been some good news for workers over the last year: Unemployment hovers at 3.9% and average hourly earnings rose by 3.2% on the year in December. And nearly half of Americans don’t owe a dime of federal income tax.

Approximately 76.4 million or 44.4% of Americans won’t pay any federal income tax in 2018, up from 72.6 million people or 43.2% in 2016 before President Trump’s Tax Cuts and Jobs Act, according to estimates from the Tax Policy Center, a nonprofit joint venture by the Urban Institute and Brookings Institution, which are both Washington, D.C.-based think tanks. That’s below the 50% peak during the Great Recession. They still obviously pay sales tax, property taxes and other taxes.

“The large percentage of people who don’t owe federal income tax is a feature, not a bug, of the revenue code,” according to the Tax Policy Center. “By design, the federal income tax always has excluded a significant fraction of households through a combination of personal exemptions, the standard deduction, zero bracket amounts, and more recently, tax credits.”

These workers who won’t owe any federal income tax include single people, married couples filing jointly and married individuals not filing jointly, said Gary Burtless, a senior fellow at the Brookings Institution. For the most part, they don’t earn enough money. However, many people who work and who don’t owe any federal income taxes still give money to Uncle Sam, because money comes out of their paychecks for Social Security and Medicare, he said.

All but the top 20% of American families pay more in payroll taxes than in federal income taxes, according to Treasury Department data, cited by the Pew Research Center. “After all federal taxes are factored in, the U.S. tax system as a whole is progressive, according to Pew . “The top 0.1% of families pay the equivalent of 39.2% and the bottom 20% have negative tax rates. That is, they get more money back from the government in the form of refundable tax credits than they pay in taxes.”

On the other hand, payroll taxes are mildly regressive, Burtless said. “Individual earners do not pay any additional Social Security payroll taxes on earnings above $127,200 per year (in 2018),” he said. “The implication is that federal taxes overall are progressive, but they are far less progressive than the federal individual income tax system viewed all by itself.”

“About 60% of those who pay no income tax will work and owe payroll taxes,” according to Roberton Williams , an associate at the Tax Policy Center. “Most of the other 40% are retirees whose income is too low to owe income tax ...Refundable credits make it possible for some low-income households with workers to avoid paying income and payroll taxes. Even so, nearly three-quarters of Americans will end up paying at least one of those taxes this year.”

Don’t miss: Under Trump’s tax law, you now have a year to avoid a nasty divorce