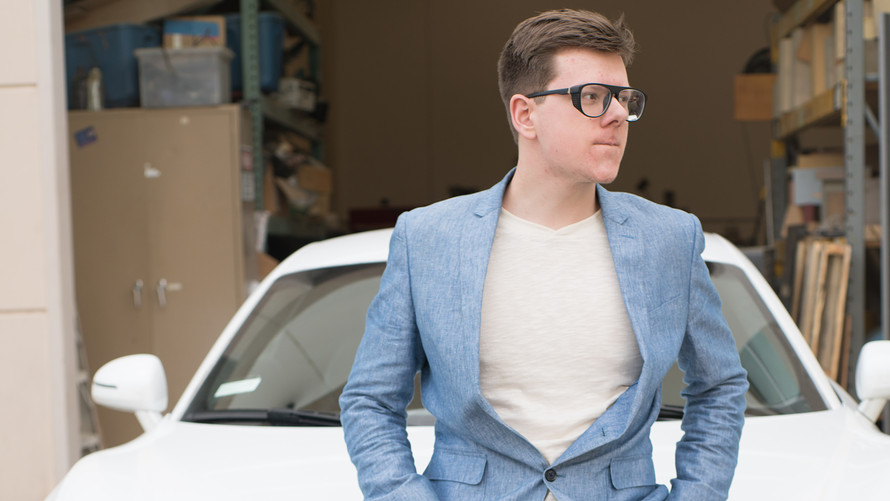 Bitcoin bets made Erik Finman a millionaire before he was out of his teens. Now, the crypto wunderkind says he wants to help engineer a platform for investing in cryptocurrencies that is easy for average folks to use.

“The goal of the application is to make cryptocurrency not just more accessible…but to make cryptos and blockchain technology tangible and more tactile,” the 20-year-old told MarketWatch in a Tuesday interview.

Read: If you’re not a billionaire’ in 10 years ‘it’s your own fault,’ says 20-year-old bitcoin tycoon

To that end, Finman, last month, kicked off CoinBits, a web-based platform , that will automatically round up credit/debit-card purchases to the nearest dollar and invest the difference in bitcoin on the user’s behalf.

If it sounds familiar, it is because it is a model similar to one used by some bricks-and-mortar banks; and, perhaps, notably, platforms like micro-investment apps Acorns Grow Inc., and Stash, to facilitate investing and saving.

In fact, Finman hopes that CoinBits will become “the Acorns of bitcoin,” one day and is aiming to garner at least one million users on his platform over the coming year.

“I really think a million users within a year is realistic,” he said. He’s expecting social-media rather than traditional advertising to get word out about the crypto startup. “Completely, nontraditional is the only way to do it,” he said.

The bitcoin investor and entrepreneur, who was born in California and raised in Coeur d’Alene, Idaho before moving to New York, says he has spent about $100,000 in building out CoinBits thus far.

Finman isn’t fazed by the fact that a litany of crypto-centered platforms already dominate the scene, including Coinbase, arguably the most popular digital-asset platform, and commission-free trading app Robinhood, to name a couple.

“I think so many people have attempted to make bitcoin simple but I don’t feel like anyone has fully achieved that yet,” he said.

CoinBits offers users the option to make one-time investments, set up their account to match their risk profiles and offers some zero-commissions. Finman said for protection some 98% of the bitcoin are in cold storage, or not kept on online, making them less vulnerable to data breaches, in theory.

Finman’s crypto platform is being rolled out as the price of bitcoin has been resurgent. A single /zigman2/quotes/31322028/realtime BTCUSD +0.32%  was trading at $8,175, as of Wednesday midday trade, after putting in a December low at $3,194.96, according to CoinDesk data on MarketWatch.

Moreover, bitcoin trading on the CME Group’s futures exchange for June delivery was at $8,230.

Interest in cryptocurrencies has vacillated over the past 18 months along with its volatile price. Traditional investors have struggled to determine if the asset should be viewed as a currency, like the /zigman2/quotes/210598269/delayed DXY -0.23%  dollar or euro /zigman2/quotes/210561242/realtime/sampled EURUSD +0.4113% or a commodity like gold. And although there has been lots of buzz around using blockchain, the nascent digital-ledger technology that underpins most cryptos, successful examples have been scarce.

That said, Wall Street has been taking greater notice of bitcoin’s resilience and mo re financial firms say they hope to use blockchain to settle cross-border transactions, after JPMorgan Chase & Co. earlier this year announced a token, called JPM Coin, also to handle international settlements.

Finman says he’s become a champion of cryptocurencies and believes that its ability to increase in value will hinge, at least partly, on adoption by average folk.

“A huge factor preventing bitcoin from going into a bull run is its difficulty to buy. It’s not uncommon to hear about someone going to an exchange and never completing the transaction after experiencing just some of the mandatory steps,” he said.

For his part, Finman started investing in bitcoin when he was 12 years old and reportedly became a millionaire before he turned 18.

To be sure, not everyone will be as fortunate and it’s impossible to know how investments in bitcoin and blockchain or cryptos more broadly will pan out and therein lies the risk.