A day after school shooting in Santa Clarita, Calif.: no diary, no note, no motive 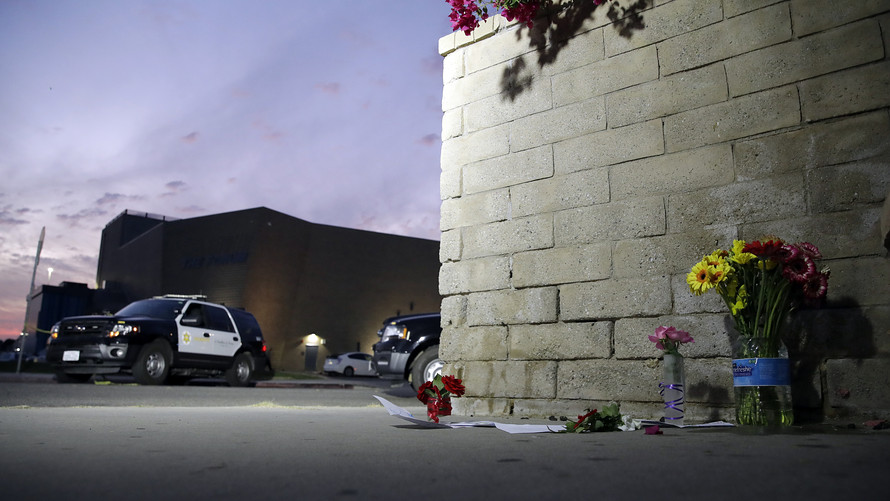 Associated Press
Flowers are placed in front of Saugus High School in the aftermath of the shooting on Thursday.

SANTA CLARITA, Calif. (AP) — Investigators said Friday they have yet to find a diary, manifesto or note that would explain why a boy killed two students outside his Southern California high school on his 16th birthday.

No motive has been established in the Thursday morning shooting at Saugus High School in the Los Angeles suburb of Santa Clarita, said sheriff’s homicide Capt. Kent Wegener.

The teenager opened fire around the beginning of the school day, and authorities estimated he took just 16 seconds to pull out the weapon and shoot five classmates and then himself in a large central outdoor area.

Police said it was evident the teen planned the attack by the way he used the weapon and counted his rounds. The last bullet was fired into his head. He remained in critical condition Friday.

Two students died, two remain hospitalized and one was released from the hospital.

One of the dead was identified as 15-year-old Gracie Anne Muehlberger. The shooter and the other victims have not been identified.

The suspect was described as a quiet and smart kid who was a Boy Scout and had previously run track for his school.

The other student who died was 14. Doctors said Friday morning that two girls, ages 14 and 15, who were both shot in the torso, are doing well and should be released from the hospital over the weekend.

A 14-year-old boy was treated and released from another hospital, authorities said.

Joe Fitzpatrick, a senior who helped the teacher in the boy’s physics class, called him a “good, quiet kid” who didn’t miss assignments and did well on tests.

“He just seemed like one of those regular kids,” Fitzpatrick said.

Fellow students and a neighbor said he gave no indication he would become violent. One girl who knew him for years said he wasn’t bullied and had a girlfriend.

When gunfire broke out, students turned off lights, barricaded themselves and sheltered in place.

“They did exactly how they were trained,” said Los Angeles County Sheriff Alex Villanueva.