A green-minded stimulus to save the economy from coronavirus? This group thinks it has the $2 trillion answers

Open letter to Congress looks beyond billing airlines for emissions 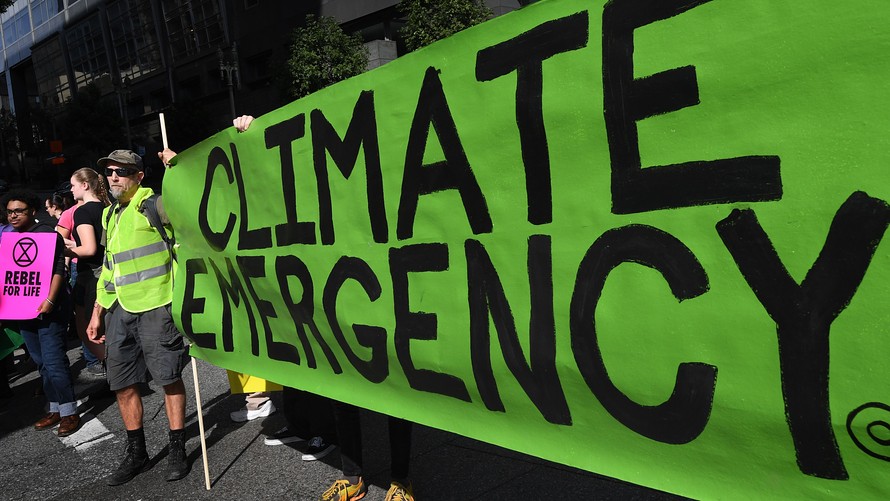 If the pandemic-hit economy needs stimulus now, why not skip the patch-up job and rework it for the long haul?

That’s the aggressive view of several high-profile environmental advocates who have penned a detailed, eight-point $2 trillion proposal and posted it as an open letter to Congress: A Green Stimulus to Rebuild Our Economy. They want the prep work done now to make environmental projects shovel-ready when the worst of the coronavirus’s clampdown on the economy has passed. They opened the plan to virtual public comment .

The effort is not a complete rewrite of the Democratic-led Green New Deal framework of last year, a proposal meant to slow the effects of man-made climate change that has languished so far in a divided Congress. Instead, the new effort folds in expanded ideas from organizations, private companies and academics, and keeps a few of the proposals from the Democrats who have dropped out of the 2020 presidential contest, including Sen. Elizabeth Warren and known environmental champion Gov. Jay Inslee of Washington.

The Green New Deal was a starting point and a legislative long shot whose principal ideas somehow, even in dormancy, remain one sticking point in the emergency negotiations meant to salve the economy from the effects of COVID-19. The Senate was unable to agree on a bipartisan stimulus bill Monday, with negotiations apparently stalled in part because Democrats demanded that bailouts for airlines be conditioned on the companies lowering their emissions and that tax credits for wind and solar projects be extended.

Senate Majority Leader McConnell said of the delay, “Democrats won’t let us fund hospitals or save small businesses until they get to dust off the Green New Deal,” arguing that these “green” provisions have “have nothing to do with the coronavirus outbreak.”

Read: Any airline bailout must have climate-change conditions attached, says group of Democrats

McConnell and Speaker of the House Nancy Pelosi on Tuesday were optimistic that a compromise trillion-dollar coronavirus economic stimulus bill would be agreed to later in the day.

The range of proposals extends to green-housing retrofits and rural broadband, among other initiatives at the personal and household level. And the group proposes expanding public (school districts or electric co-ops among them) and employee ownership of the beneficiaries of the stimulus, including allowing equity stakes in companies receiving substantial direct investment, including the airline, fossil fuel and cruise industries.

“Many other groups are focused on the emergency stimulus package to stabilize our economy, on preventing harm in an equitable way — which we fully support — so this letter focuses on the longer-term challenge of jump-starting economic recovery and transitioning to a more sustainable economy,” the group writes in its introduction. “The question isn’t whether we will next need a major economic recovery stimulus, but what kind of stimulus should we pursue?”

For some advocates backing greener infrastructure, transportation changes and more, anticipating a future economy even within emergency action is a critical move now and deserves attention amid what some consider to be a controversial bailout from Congress.

“If the stimulus can help the oil-and-gas industry by funding the President’s decision to buy oil /zigman2/quotes/209723049/delayed CL00 -0.72%   to completely fill the Strategic Petroleum Reserve and help the airlines park their jet fuel offshore, then they should be able to help renewable energy industries /zigman2/quotes/209802424/composite BE +0.41%   /zigman2/quotes/205453512/composite PLUG -7.28%  , which will also suffer due to the economic slowdown,” wrote advocates Monica Medina and Miro Korenha in their Our Daily Planet blog .

“And the logic is that if there is going to be a stimulus, it should incentivize investments in renewable energy, which employs far more people than fossil fuel companies and has the capacity to employ even more,” they added.