A little more sun is shining on a cloudy U.S. economy, but the skies aren’t all clear yet 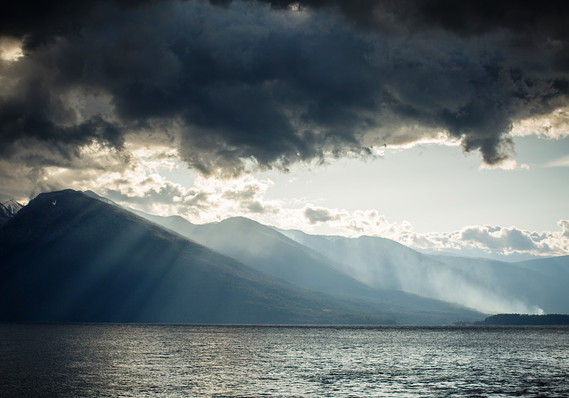 Bloomberg News/Landov
The clouds over the U.S. economy have started to part, but sunny days aren’t quite here again.

Is the sun peaking through the clouds that have been gathering over the U.S. economy? It sure seems so.

Interest rates have fallen and fueled a rebound in auto and home sales. The unemployment rate has skidded to a 50-year low of 3.5%. A key measure of how Americans fell about their own financial health rose to a three-month high. And to cap it off, news of at least a tentative trade deal between U.S. and China announced Friday have pushed stock markets close to record highs again.

More good news could come this week from the sum of retail sales in September. Economists polled by MarketWatch predict sales rose a steady 0.3% during the month.

Consumer spending has the biggest influence of all on how fast the U.S. economy grows and retail sales are a big part of that. Sales of new cars and trucks were strong in September, likely more than offsetting a decline in gas-station receipts tied to lower fuel prices.

Robust car sales tell us a lot about the economy. Buyers only make big purchases when they are confident about their job security and their ability to make their monthly payments.

The evidence suggests that Americans are still fairly optimistic even though the economy is not as strong now as it was in the spring. Consumer sentiment, for example, rebounded in early October, reflecting an expectation that the strong labor market will continue to boost their incomes.

What could be a big help is the first step in broader trade deal between the U.S. and China.

President Trump on Friday announced a “substantial phase-one agreement” after a fresh round of talks aimed at ending a festering trade war. The most concrete promise was a White House decision to postpone some tariff increases set to take place this month.

More work needs to be done, however. A lot more. The spat between the world’s two largest economies that has choked global growth and damaged both countries. Manufacturers globally have been particularly hard hit.

“The tightening of trade terms around the globe and the uncertainty surrounding trade negotiations are the main reasons for the spreading malaise,” economist at Northern Trust wrote.

Also Read: Don’t get too excited about progress on Trump’s ‘greatest and biggest deal ever’

The spat has also dampened U.S. business investment — another key driver of economic growth — and kept a lid on the stock market. The recent rally has been fueled largely by hopes of a deal.

Yet even a partial deal or warmer relations with China probably won’t be enough to reignite U.S. and global economic growth, at least not anytime soon. After so many abrupt turns in trade talks, Wall Street is sure to take a wait-and-see attitude once the initial euphoria wears off.

“It is difficult to take that much comfort from the latest signs of progress given that we’ve had plenty of apparent truces in recent months end abruptly in a sudden further escalation in trade tensions,” pointed out senior economist Michael Pearce of Capital Economics.

Sure enough, reports on Monday indicated that China wants a further relaxation of U.S. tariffs before signing off on the “phase one” deal.