Developer Carbios says Pepsi and L’Oréal are on board 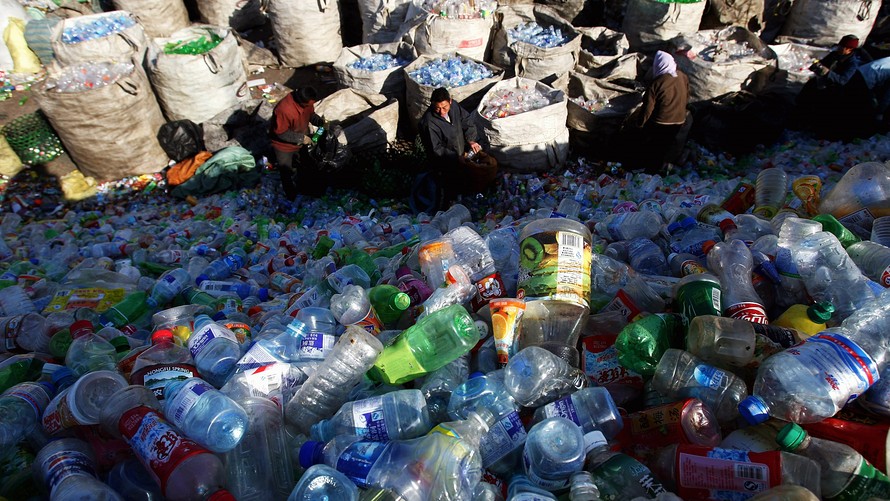 Use of a mutant bacterial enzyme that breaks down plastic bottles for recycling in mere hours is finding traction.

The French company behind the breakthrough, Carbios, said the enzyme was originally discovered in 2012 in leaf compost. It’s now been found in the lab to reduce bottles to chemical building blocks that can be used to make food-grade plastic strong enough for new bottles. The research team used the optimized enzyme to break down a metric ton of plastic bottles, which were 90% degraded within 10 hours. Existing recycling technologies historically could only turn old plastic into a fiber substitute for clothing and carpets.

The advancement for the enzyme was revealed in research published on Wednesday in the journal Nature . Carbios’s own scientist, along with academic support from the Toulouse Biotechnology Institute, were behind the study. But the journal publication could bring more attention from industry heavyweights.

Carbios /zigman2/quotes/204392841/delayed FR:ALCRB -3.65%  has said it was aiming for industrial-scale recycling within five years. It has partnered with Pepsi /zigman2/quotes/208744353/composite PEP -2.09%  , L’Oréal and others to accelerate development. The company earlier this year announced a deal with the biotechnology company Novozymes /zigman2/quotes/207053704/delayed NVZMY -0.27%   to produce the new enzyme at scale using fungi.

There are some limitations. Waste bottles must be ground up and heated before the enzyme is added, so the recycled polyethylene terephthalate, or PET, will be more expensive than virgin plastic. But the company explained to the Guardian that existing lower-quality recycled plastic sells at a premium due to a shortage of supply, which narrows the pricing gap.

Carbios said reduction in plastic use goes part of the way toward lessening the environmental impact from landfills and ocean pollution. But, it says, the value of plastics in food packaging, medical care and transportation can’t be ignored, which is why it pushes for a circular economy favoring converting plastic waste.

Most of the 350 million-plus metric tons of plastic produced every year enter the world’s terrestrial and marine environments. And some estimates suggest that plastic costs humanity over US$2.2 trillion a year in environmental and social damage, an academic paper in the journal Frontiers in Marine Science said.

Earlier this year, German researchers reported the discovery of a bug that feasts on toxic polyurethane and earlier work had shown that a wax moth larvae, usually used as fish bait, can degrade polythene bags.

Related: Metals billionaire Andrew Forrest is making a $300 million bet on the next big commodity — plastic