A panel of ‘nationally recognized’ experts in diet, nutrition, obesity, food psychology, diabetes and heart disease spent months deciding on the most and least effective diets 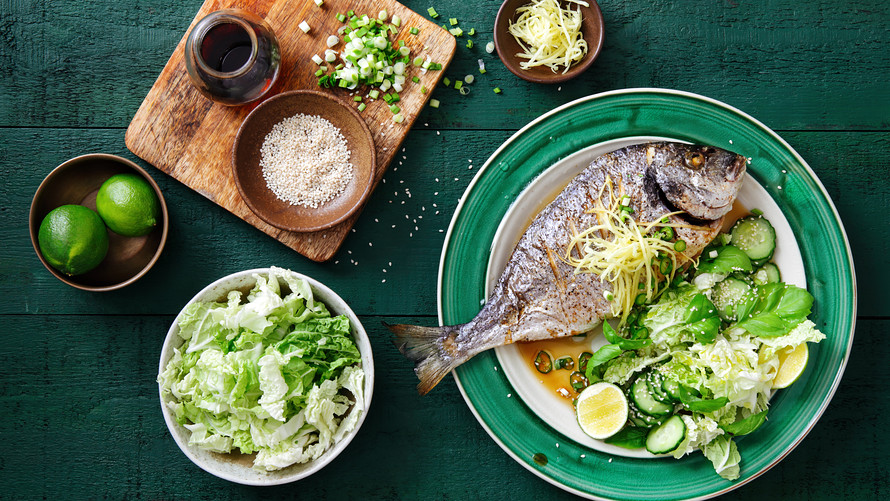 luchezar/iStock
With its emphasis on fruits, vegetables, olive oil, fish and other healthy fare, the Mediterranean diet was voted the best diet in a team of experts appointed by the U.S. News and World Report.

The experts have spoken — and eaten.

U.S. News and World Report this week released its annual ranking from 1 to 35 of the world’s best (and, yes, worst) diets for 2020. A team of 25 panelists of “nationally recognized” professionals in diet, nutrition, obesity, food psychology, diabetes and heart disease named the Mediterranean diet as the No. 1 diet for 2020 based on seven criteria : short-term weight loss, long-term weight loss, effectiveness for cardiovascular disease prevention, effectiveness for preventing diabetes, ease of compliance, nutritional completeness and health risks.

‘It’s generally accepted that the folks in countries bordering the Mediterranean Sea live longer and suffer less than most Americans from cancer and cardiovascular ailments.’

The Mediterranean diet focuses on olive oil rich in healthy omega-3 fatty acids, fruits and vegetables, whole grains and lean protein like fish and chicken, with the occasional piece of red meat.

“It’s generally accepted that the folks in countries bordering the Mediterranean Sea live longer and suffer less than most Americans from cancer and cardiovascular ailments,” U.S. News and World Report said. “The not-so-surprising secret is an active lifestyle, weight control, and a diet low in red meat, sugar and saturated fat and high in produce, nuts and other healthful foods.”

The diet also emphasizes beans, nuts, legumes, olive oil, and flavorful herbs and spices, as well as cheese and yogurt in moderation and a glass of red wine in moderation.

It narrowly beat out the Dash diet, which recommends fruits, vegetables, nuts, whole grains, poultry, fish and low-fat dairy products, while reducing salt, red meat, sweets and sugar-sweetened beverages. It is very similar to the Mediterranean diet, but recommends cutting out two more things: full cream (in favor of low-fat dairy products) and alcoholic beverages. Dietitians also advise against snacking and takeouts, and 2.5 hours of “moderate-intensity” exercise per week such was walking, Jazzercise, gardening or Pilates.

Last on the ranking, according to U.S. News and World Report: the Dukan diet, which focuses on protein instead of calorie counting. “It’s a weight-loss powerhouse — it’s filling, takes time and work to digest, and has very few calories for each gram of food compared to carb-heavy foods.” Limiting carbohydrates forces the body to burn stored fat.

“By following the Dukan Diet, it’s claimed you can lose up to 10 pounds within the first week and continue to lose 2 to 4 pounds a week after that until you’ve reached your goal,” the report said. People on the Dukan diet lost, on average, more than 15 pounds after the diet’s two action-based phases — “attack” (pure protein) and “cruise” (vegetables on selected days) — according to a 2010 online survey.

But the experts also listed downsides: “Prepare for lots of rules. All four phases of the Dukan Diet — named after French physician Pierre Dukan — are heavy on do’s and don’ts, and even the slightest slip-up is considered destructive.” The U.S. News & World Report also said this diet “could fall short nutritionally.”