A potential bull market in cattle doesn’t care about Greece 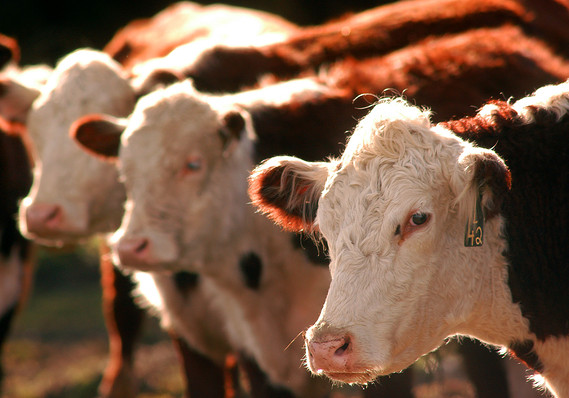 While other investors spend this Independence Day fretting about the Fed, Greece and the national debt, you can potentially diversify into a market that has little to do with any of the above.

Like most commodities, the cattle market has longer-term fundamental and cyclical factors that — if recognized — can often be used to the advantage of the patient investor. These are the kinds of markets favored in our managed accounts and the type I recommend to individual investors hoping to profit from the commodities markets.

Like the grain and other agricultural markets, cattle also have an annual supply side cycle of creation, growth and harvest. In fact, the seasonal cycles in cattle are based on the harvest cycle of corn and soybeans.

When a calf reaches 600-800 pounds, it is placed into a feedlot where it is fed a mix of corn, soybeans and other grains to encourage rapid weight gain.

While this happens year-round, feedlots tend to place more cattle on feed during the late fall and winter months, immediately following the U.S. corn and soybean harvests. As this is when supplies of these feeds will be highest (and prices theoretically lowest), it makes sense to have more animals in the feedlots during this time period.

In early spring, the first of these animals begin reaching target weights of 1,000 to 1,300 pounds and is then "processed" to provide your steak or hamburger.

Cattle slaughter typically peaks in May/June, and feedlots then hold minimal numbers into August when numbers are traditionally least.

This "extra" supply in May and June has tended to weaken live cattle prices into early summer. However, minimal numbers coming to slaughter after this time period means fewer head of live cattle after July 1. This has often been bullish for cattle prices. The seasonal chart below seems to reflect these fundamentals' historical influence on price. 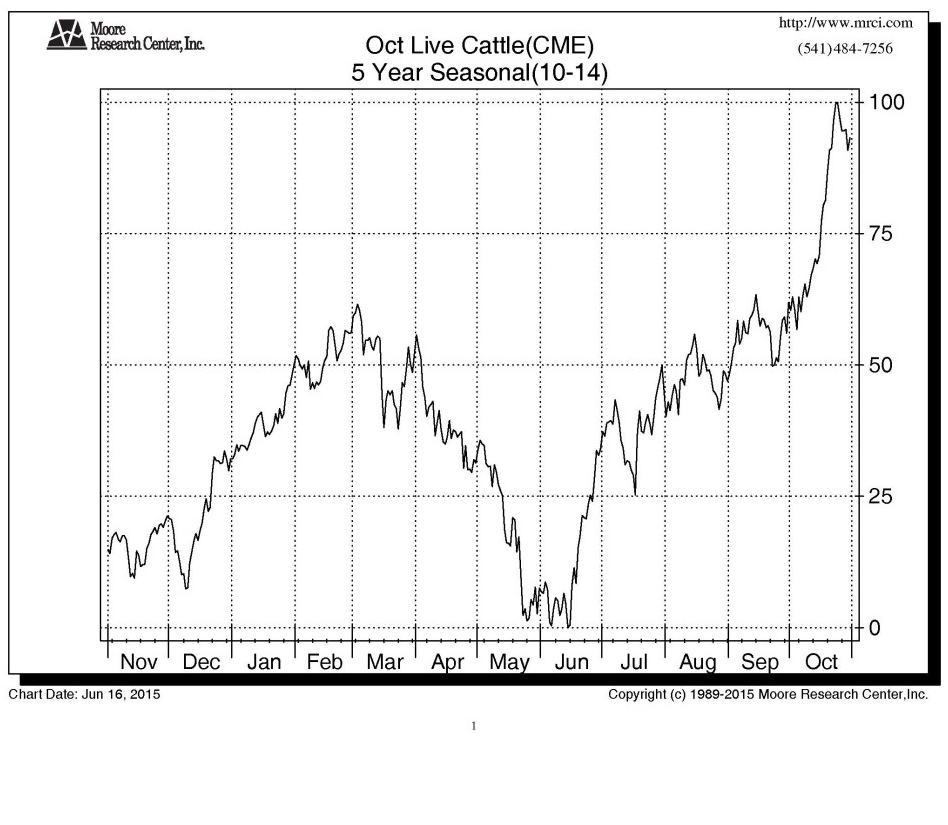 Live cattle prices have tended to weaken in the Spring and Early Summer as Feeder cattle placed in winter reach slaughter weights. However, once these animals are processed, fewer numbers are left afterwards — often a bullish influence for prices into the later summer months. As this tendency has seemed to have grown more pronounced in the past five years, we have included a five-year seasonal here. However, the general pattern remains consistent on 15- and 30-year seasonal charts. (Past performance is not indicative of future results)

So far this year, investors have seen prices gradually (albeit inconsistency) decline into late June. While there are no guarantees that prices will behave true to seasonal tendencies this year, historically, this has been the time where cattle prices start to gain strength.