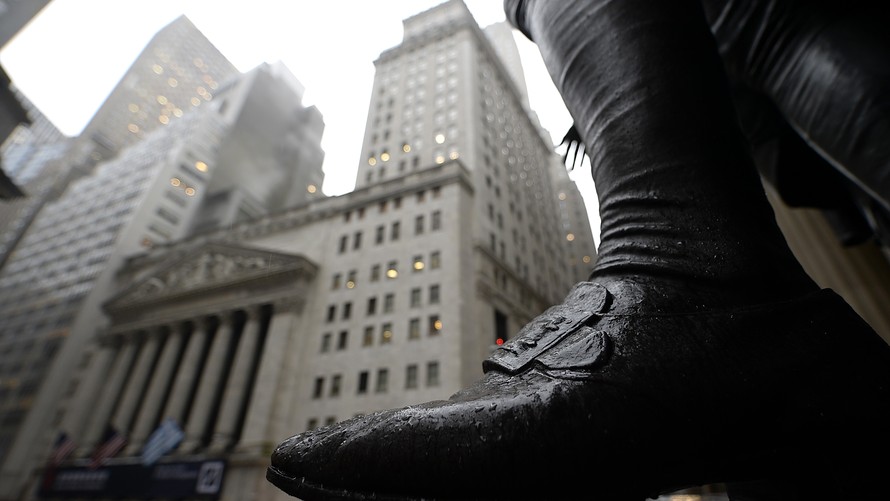 An uneasy mood is rippling through markets.

For starters, we’ve had chaotic scenes out of Hong Kong where police have been firing tear gas on protesters who amassed in the thousands to push back against a China extradition bill. That news has hit local stocks hard, and may be partly why we’re seeing some safe haven moves to gold, Treasury bonds and the Japanese yen.

But there’s also some buyer’s remorse playing out across Wall Street, as remarks by President Donald Trump on Tuesday curtailed some optimism over a China trade deal, and amid talk that investors are too optimistic about U.S. rate cuts. Consumer price inflation numbers may have firmed up those rate-cut prospects a bit.

Onto our call of the day from Oxford Economics, which has updated its quarterly outlook and admits the global economic is looking slightly weaker. The good news? Their base case isn’t alarming, as they say the world’s economy should still grow 2.7% this year and a bit more in 2020.

But they’ve got a couple of grim worst-case scenarios. One envisages the U.S. economy slowing sharply from the third quarter of this year, then falling into recession as corporate profits, hitting business and investor sentiment. The fallout from this could trigger a 30% drop in the S&P 500 /zigman2/quotes/210599714/realtime SPX +1.36% in the third quarter. Within a year the U.S. would be in recession, with the Fed cutting interest rates aggressively to “stave off the worst of the shock,” says the economic forecasters.

The other downbeat scenario pictures bleak fallout from a trade-war escalation. The U.S. slaps a 25% tariff on China and Mexico imports, and a 10% blanket tariff on Europe goods, and 25% on non-North American cars. Based on those assumptions, U.S. stocks could be 15% lower by late 2019, the firm says.

But let’s leave things on a happy note. Under yet one more scenario they predict further stimulus from China, de-escalation in trade tensions supportive policy from central banks and much improved investor sentiment across the globe. All that good news could mean a boost in the high single digit percentage ballpark by the first quarter of 2020. 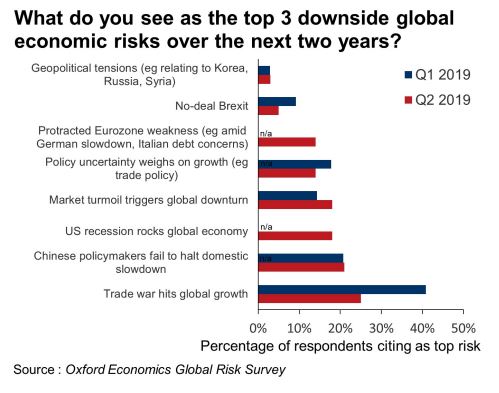 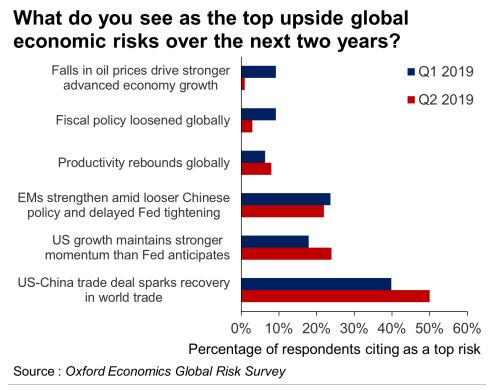