A renaissance in American watchmaking

It was 1876 the last time U.S. wristwatches made the Swiss sweat 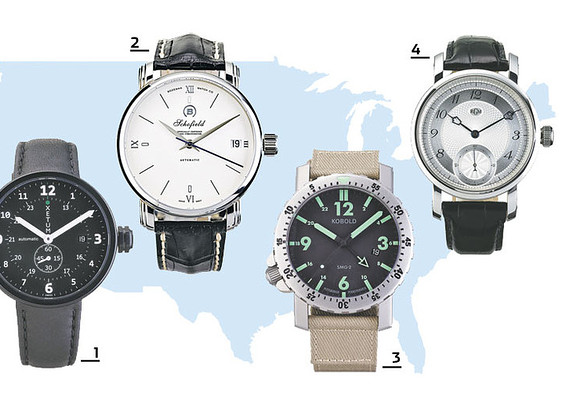 PHILADELPHIA, 1876. The U.S. celebrates 100 years of nationhood with the Centennial Exhibition, held in a 285-acre park in the country’s first capital. Nine million people attend, including a small delegation of Swiss watchmakers eager to visit the pavilions that house exhibitions of the flourishing American watch industry.

That moment became a turning point. What the Swiss saw frightened them.

In Switzerland, watchmaking happened mostly by hand in small workshops with an output of about 1,000 expensive watches a year. In stark contrast, the U.S. manufactured watches in large factories where machines operated by unskilled workers churned out interchangeable parts, enabling the production of hundreds of thousands of affordable timepieces a year.

The Swiss delegation returned home and issued a warning to their country’s watchmakers: Adopt the American methods or perish. They listened. In less than a century, inexpensive watches from the Alpine republic obliterated the American industry. But in the last two decades, U.S.-based entrepreneurs have been finding the money and skills to relaunch watchmaking on a small scale with potential for future growth.

FOCUS ON CELLPHONES
• Cellphones’ first 40 years: car phone to iPhone
• The cellphone if the 1908s is having a moment
• Are annual smartphone upgrades worth it?
• 4 must-have tech tools for boomers

Though most of these American companies use Swiss-made parts—manufacturing the components of a mechanical watch is complex and expensive—a few brands are investing the money and time necessary to craft their own, producing watches that have 80% to 90% U.S.-made parts. Here, four companies that are making it possible to buy American:

When Xetum founder Jeff Kuo abandoned management consulting to design watches, he drew on the clean and functional aesthetic of his home base, Northern California, as exemplified by Apple /zigman2/quotes/202934861/composite AAPL -2.27% , aerospace and the state’s pervasive car culture.

Even though the watches are manufactured in Switzerland, Kuo’s designs are distinctly American, down to the timepieces’ monikers. The Stinson is named for a Marin County beach, the Tyndall for a mountain in the Sierra Nevada range and the Kendrick after a mountain in Yosemite National Park.

All three Xetum watches have stainless-steel cases without lugs (the pieces at the top and bottom of a watch case that hold the band in place), something Kuo sees as part of the brand’s uncluttered look. He added, “Our designs appeal to people who want a watch they can wear anywhere.”