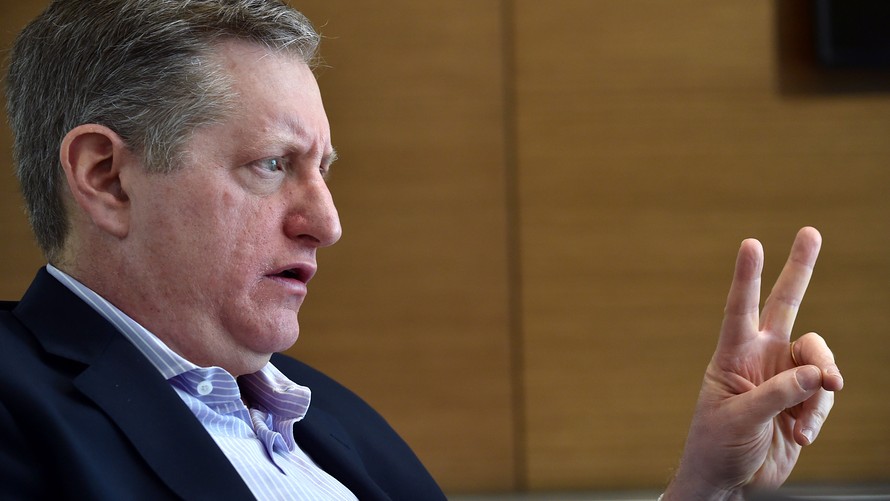 That’s the gist of what President Trump told a cheering crowd in Florida — China breached its early promises during monthslong negotiations and that’s why they’ll be paying higher tariffs this Friday. The president’s statements come as the country’s chief negotiator Vice Premier Liu He and his team head to Washington for two-day talks, where the outcome is uncertain.

Global equity markets aren’t loving the latest headlines, along with Beijing’s own retaliatory threats, so expect that risk-off mood we’ve been seeing all week to linger longer.

Opinion: The U.S. stock market’s uptrend has been shattered, says this technical analysis

We’re switching gears this morning with our call of the day , from Steve Eisman, a hedge-fund trader who gained prominence for his successful mortgage bets during the 2008 financial crisis. He’s back with more advice in a Bloomberg interview where he pounds the table over corporate debt, which has been a popular subject lately.

In the interview, Eisman says the center of pain for the next U.S. recession will trigger “massive losses” for high-yield or junk bonds, and those rated triple-BBB corporate bonds — just one step higher from those low-grade bonds.

Eisman says the problem is there isn’t enough liquidity — that is, how fast an investor can sell that bond and at a decent price. Traditionally, high-yield bonds tend to be less liquid because they are a riskier securities, with fewer investors willing to take on that risk.

The comments are timely as the Federal Reserve’s stability sheet this week highlighted an increase in risky new loans doled out to indebted companies in the first quarter — notably, those referred to as leveraged loans— as credit standards have slipped. The Fed characterized the financial sector as “resilient,” but noted investors ”continued to exhibit high appetite for risk.”

Still, Fed Vice Chair for Supervision Randal Quarles, said on the heels of that report that media hype of leverage-loan risk makes it seem like “the earth must be getting hit by an asteroid.” In other words, nothing to see here.

That tweet is from Hu Xijin, the editor in chief of Chinese tabloid Global Times, which is known for its pro-government slant. In short, the editor says despite those trade tensions, Chinese delegations are coming because they were invited.