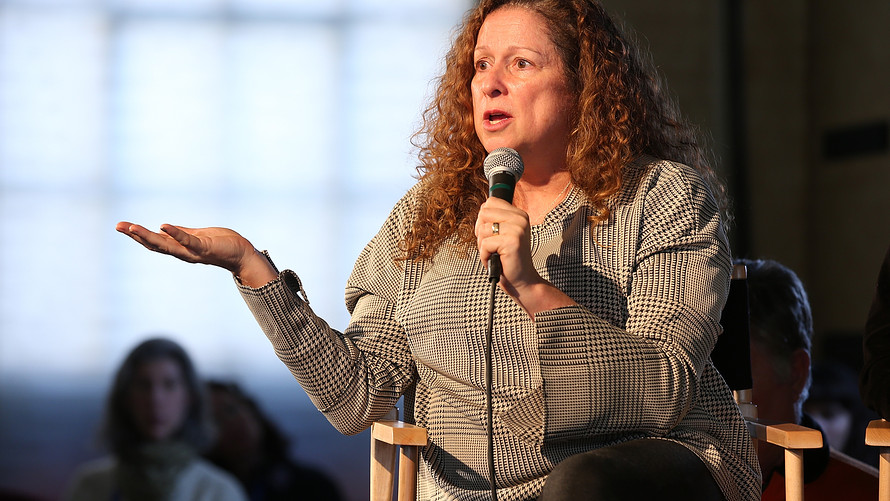 Getty Images
Abigail Disney calls for a wealth tax and calls out Walt Disney reopening theme parks during the pandemic.

The Walt Disney Co. /zigman2/quotes/203410047/composite DIS -2.08%   heiress, who does not have an operating role in the company, told CNBC’s “Squawk Box” on Thursday that she’s “confused” about why Disney has reopened some of its Florida theme parks even as coronavirus cases surge in the Sunshine State .

What’s more, just days after the Orlando area parks reopened, Hong Kong Disneyland announced it will shut down again following a spike in coronavirus cases there.

Disney, the granddaughter of Disney co-founder Roy Disney, admitted that she’s not looking at the same information that park operators have probably considered in making the decision to reopen some parks.

“But given what I do know … from reading newspapers and so forth, I’m confused about how they think they can possibly protect their guests and their employees,” she said on the Comcast-owned /zigman2/quotes/205900788/delayed AT:CMCS -3.34% news program. “I certainly know people who work there who are very uncomfortable, who have conditions like asthma and diabetes that put you at high risk, who are literally deciding whether they want to go back to work or buy food.”

Abigail Disney is no stranger to blasting the company that shares her name. Earlier in the pandemic, she attacked it for moving to furlough more than 100,000 workers due to the COVID-19 pandemic while still retaining some executive bonuses.

She has also said that former Disney CEO Bob Iger was overpaid, stating “Jesus Christ himself isn’t worth 500 times his median worker’s pay.”

Disney also doubled-down on her recent open letter with the “Millionaires for Humanity” to increase taxes on wealthy individuals like herself to help fund COVID-19 relief. On Monday, Disney joined dozens of millionaires across the world, including Ben & Jerry’s co-founder Jerry Greenfield, former BlackRock managing director Morris Pearl, in asking governments to “raise taxes on people like us. Immediately. Substantially. Permanently.”

Disney said that the effective tax rate for wealthy Americans has dropped from around 50% to 23% in the past 40 years, or roughly what the middle class pays. “I would be happy to go back to the 50%,” she said. “If that’s not politically feasible, let’s talk about 40 [percent], but we need to recognize that there are people in this country who are so wealthy that a 40% tax rate would do nothing to erode the quality of their life.

“It’s time for us to cough up a little bit more,” she said.

The tax windfall could be key to helping the 13.6 million people and counting who have been infected with COVID-19 worldwide, she argued, as well as the tens of millions who have lost their jobs as the pandemic has disrupted large sections of the economy. In fact, she says doing this before the pandemic could have cushioned the coronavirus’ blow.

“But you saw how quickly those lines formed at the food pantries. Millions and millions of people who work full time in this country did not have enough money laid by to ensure that they had enough to eat for the next week, much less however long this is gonna last,” she added.