After Trashy Tuesday and a Senate deal, even the bond king Jeffrey Gundlach says stocks have upside 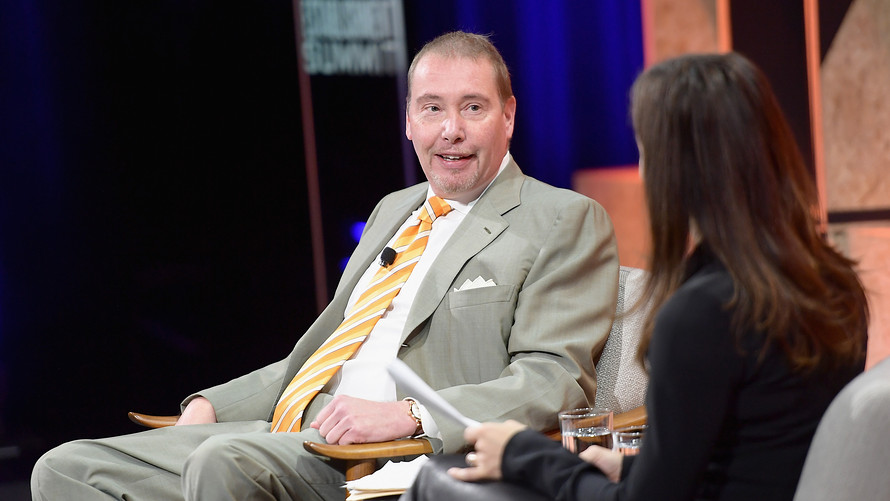 Not just Turnaround Tuesday — Wall Street just had what could best be called a Trashy Tuesday.

According to Bespoke Investment Group, the average stock in the bottom 10% performers since Feb. 19 shot up an average of 18%. 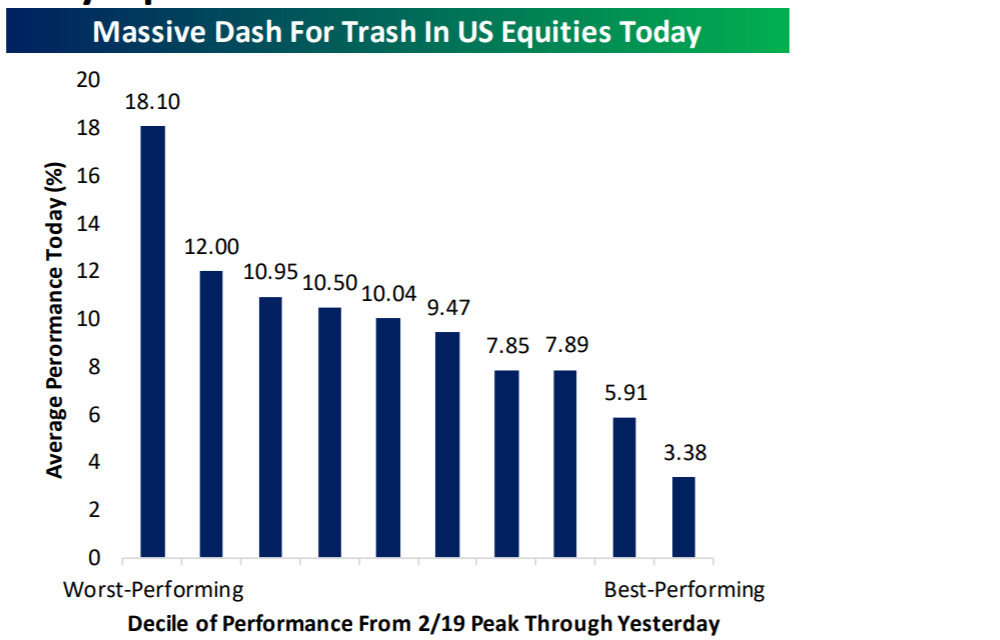 After the Senate reached agreement on a $2 trillion stimulus bill, even the bond king, DoubleLine CEO Jeffrey Gundlach, seemed to accept U.S. stocks have plenty of upside.

So how much is the stimulus really worth to the U.S. economy?

Tom Porcelli, chief U.S. economist at RBC Capital Markets, did some back-of-the-envelope calculations. The U.S. economy was running at a $21.5 trillion, or $413 billion per week, rate before the virus hits. Assuming the economy is 30% shut down, the $2 trillion probably gets you through 16 weeks, he said.

So whether markets have correctly priced the virus outbreak turns to the probabilities of how long it will be present. “Markets have to account for some probability that all outcomes are not bad outcomes. Unfortunately, in the current narrative, it seems we have a large left tail and only modest right tail in terms of the distribution,” he said.

Senate Majority Leader Mitch McConnell and Minority Leader Chuck Schumer said from the floor that a deal was struck on the stimulus package. The bill includes provisions to extend bridge loans to companies, boost the duration and size of unemployment benefits and provide tax rebates, among other features.

The Senate is due to reconvene at noon Eastern.

The bill is expected to easily clear the Senate and then move to the House of Representatives, which will try to pass it by a procedure called unanimous consent. If any House member were to object, the full House would have to convene, no easy feat given that most lawmakers are back in their home districts.

The eurozone, meanwhile, is considering ideas including using 2% of gross domestic product from its bailout out fund as a credit line, and issuing a so-called coronabond. European leaders are due to meet on Thursday.

According to the Johns Hopkins tracker, there are over 425,000 cases worldwide. Deaths in Italy surged again after tentative signs of slowing. Prince Charles tested positive and reportedly has mild symptoms.