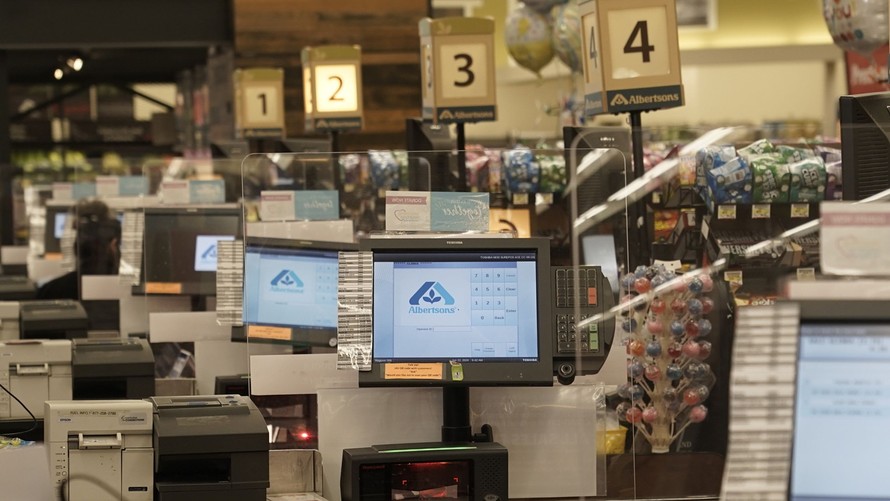 Bloomberg
Albertsons filed for an IPO in 2015 only to withdraw it.

With food-at-home in high demand due to the coronavirus pandemic, Albertsons Cos. has filed paperwork to go public.

Albertsons (NYS:ACI)   began trading on the New York Stock Exchange on Friday under the ticker symbol “ACI.” Shares immediately fell before rising and then ending down 3.4%.

Included in the Albertsons nationwide portfolio of grocers are the namesake chain along with Vonns, Safeway, Jewel and Acme, among others.

Read: Shoppers will pay more for the same item online versus in stores under new COVID-19 conditions, experts say

Albertsons opened its first store in Boise, Idaho, in 1939, which is where the company is still headquartered. In 2015, Albertsons merged with Safeway. The company has 2,252 stores across 34 states and stands in first or second place in market share in 68% of the 121 metropolitan areas where it operates. Seven stores in the Albertsons portfolio have been around for more than a century.

In a letter to prospective shareholders, Vivek Sankaran, Albertsons chief executive and a PepsiCo Inc. (NAS:PEP) alum who joined Albertsons in April 2019, says the company’s stores, supply chains and technologies have been integrated since the merger.

Also in 2015, Albertsons filed to go public, but the IPO was delayed.

In 2017, there was talk that Albertsons was considering a takeover of then publicly traded Whole Foods Market. Amazon.com Inc. (NAS:AMZN) has since acquired Whole Foods in a $13.7 billion deal. Albertsons ultimately purchased meal-kit company Plated that year. Financial terms of that acquisition weren’t disclosed.

Albertsons phased out Plated at the end of 2019 in favor of greater focus on its private-label Own Brands, which was a $13.1 billion portfolio of business in fiscal 2019.

And in 2018, there was discussion about a merger between Albertsons and Rite Aid Corp. (NYS:RAD) , a deal valued at $24 billion, which prompted Albertsons to pull its IPO plan. That deal fell through after pressure from stockholders.

Preparations for this latest IPO were first reported in January 2020.

See: Here’s where Americans are spending their money in those states that have reopened

Albertsons has taken a number of safety measures amid the coronavirus pandemic, including providing masks and gloves for its workers and adjusting store hours.

Albertsons has agreed to pay a quarterly dividend, effective fiscal 2020, of 2.5% of the IPO price.

Convertible preferred stock could impact the price of common stock and will rank higher than common stock on issues of dividend payments and other matters, Albertson says in its prospectus.

Here are five other things to know about Albertsons as it prepares to go public:

It has a lot of debt

“We have a significant amount of indebtedness,” says the prospectus.

The company’s sponsors will continue to call the shots

After the IPO, Albertsons will be a controlled company. Cerberus will own 31.9% of the common stock, Kimco will own 8%, and the remaining sponsors, Klaff Realty, Lubert-Adler and Schottenstein, 11.7% each. Sponsors will own 73% if underwriters exercise their option to purchase shares in full.

“Our Sponsors control us and will continue to be able to control the election of our directors, determine our corporate and management policies and determine, without the consent of our other stockholders, the outcome of any corporate transaction or other matter submitted to our stockholders for approval, including potential mergers or acquisitions, asset sales and other significant corporate transactions,” the prospectus says.

“As a result, our stockholders will not have the same protections afforded to stockholders of companies that are subject to such requirements.”

Cerberus will be able to appoint four directors to the board if it owns at least 20% of the shares.

Don’t miss: Companies are speaking out against racial injustice after the killing of George Floyd, but they have to back it up with action

Technology is expected to be a key growth driver

During the coronavirus pandemic, many customers who had never tried purchasing groceries online did so in an effort to avoid stores and social distance. Data provided by eMarketer indicates that 68% of new e-commerce grocery shoppers would continue to purchase food online.

Albertsons talks up its curbside pickup capabilities, now available at 650 locations with a total of 1,600 planned in the next two years. Home delivery is available in 2,000 stores with help from Instacart and other third-party services.

The company is using technology to increase efficiency at stores and distribution centers, which it says is improving customer service. Albertsons has also started installing “micro-fulfillment centers” in its stores to help with delivery and online orders. Two have been installed with 10 more coming in the next two years.

The “just for U” loyalty program reached 20.7 million households in fiscal 2019, and uses the Albertsons mobile app for promotional deals, e-commerce and more.

Those brands are Lucerne, Signature Select, which the company calls “ultra premium,” Signature Café and O Organics. Target Corp. (NYS:TGT) , which has a number of private label brands across food, clothing, home décor and more, also has private-labels that exceed the $1 billion threshold.

Other private labels include Value Corner, “a cost-conscious” brand, and Debi Lilly Design, a home décor and gifts brand.

Albertsons says its Own Brands have 25.4% penetration. Its goal is to reach 30%.

“If this consolidation trend continues, it could give the resulting enterprises even greater bargaining power, which may lead to further pressure on the prices for our pharmacy products and services,” the prospectus says.

“If these pressures result in reductions in our prices, we will become less profitable unless we are able to achieve corresponding reductions in costs or develop profitable new revenue streams.”