All the tax-friendly ways retirees can donate to charity

Want to be charitable? Be cost-effective while you’re at it 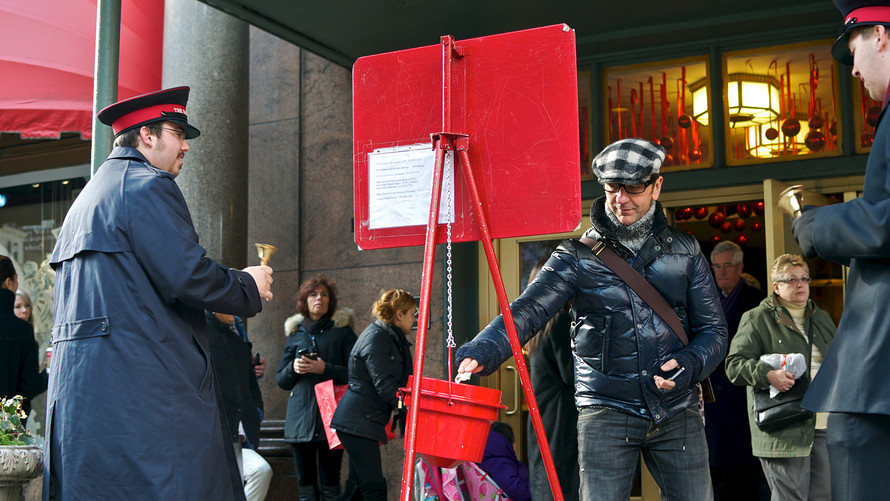 Getty Images
Giving to charity is generous, but it can also be a gift to yourself.

Charitable donations are generous, but they can also be tax-advantageous too.

The holiday season is a popular time to lend a hand or donate money to charities, and it’s now easier than ever with platforms like GoFundMe and social media sites (like Facebook /zigman2/quotes/205064656/composite FB -2.05% ). Many charities also have online portals that allow individuals to input their information, how much they want to donate, and their banking information.

But just because it’s become easier to give to charities doesn’t mean it’s always most tax-smart way, and people donating large amounts of money should consider the ways in which they, too, can benefit from their generosity. There are a few key vehicles that help donors save money while in the holiday spirit, including those that take money directly out of retirement accounts or save on capital gains.

“Make sure you have a conversation with your adviser about your plans, because there are several different opportunities or programs an adviser may be well versed on,” said Monica Sipes, a senior wealth adviser at Exencial Wealth Advisors in Old Lyme, Conn.

See: Saving for early retirement? You should still give to charity

Here are a few options:

Retirees 70½ years and older must take required minimum distributions (or RMDs), which are predetermined withdrawal values from their qualified retirement accounts, such as a traditional individual retirement account. Forgetting or ignoring RMDs will result in a penalty of 50% of the amount they had to withdraw. For example, someone who had to take out $2,000 one year would need to pay a $1,000 penalty on top of their withdrawal.

Not everyone needs that money at age 71 and up, however, and those with an inclination to give to charity can do so by using a qualified charitable distribution from a traditional IRA (not a Roth IRA), which redirects RMDs to a charity. This allows people to avoid paying a penalty as well as claiming that extra income for tax purposes, which could hike up the tax rate in any given year.

“It’s satisfying that minimum distribution, for lack of a better term,” said Marc Minker, managing director and national practice leader at CBIZ MHM, a business and financial consulting firm in Cleveland. The qualified charitable donation can exceed the required minimum distribution, but it cannot exceed the maximum donation amount for an IRA, which is $100,000 in 2019, he noted.

The Tax Cuts and Jobs Act of 2017 changed the way people give charitable donations — though some organizations may argue not for the best.

The standard deduction for a single individual is now $12,200, and for a married filing jointly, it’s $24,400. That means individuals or couples would need to have their itemized deductions, including charitable donations, exceed those figures to see any additional deduction, which can be difficult to manage. Some advisers will work with clients to project charitable donations for the next few years and then place that money in a donor-advised fund. This strategy allows the client or couple to deduct the full amount of the donation in one year, but have that money distributed to the charity over the span of the fund — for example, three years. “It allows the retiree or investor deduct the entire contribution in one year whereas they’d otherwise lose that if they had done it year over year,” Sipes said.

Also see: You can still get tax breaks for your charitable giving — here’s how

This may work for employees who were given company stock years before, and have seen them appreciate in value. “We have clients take a number of shares, usually based on value, and gift those to charity,” Minker said.

Also see: More Americans are leaving their money in 401(k) plans after retirement — should you?

Similar to donor advised funds, but without an actual vehicle to contribute, individuals can also simply “bunch” their donations in one year to exceed the standard deduction.

Donors may also want to give noncash assets. Highly appreciated stocks are one option, but so is real estate or a valuable item, such as a painting or movie memorabilia, that can be auctioned off for the charity to later benefit.

Trusts are also available, such as a charitable remainder trust, which places money in an account to be used by a beneficiary for a specified period of time. When that time ends, any money left over in the estate will be donated to charities . They’re beneficial to the accountholder and or her beneficiaries as that money in the account is still producing income.