Almost half of venture-backed IPOs this year are losers

Shares of the two worst performers are down 63% 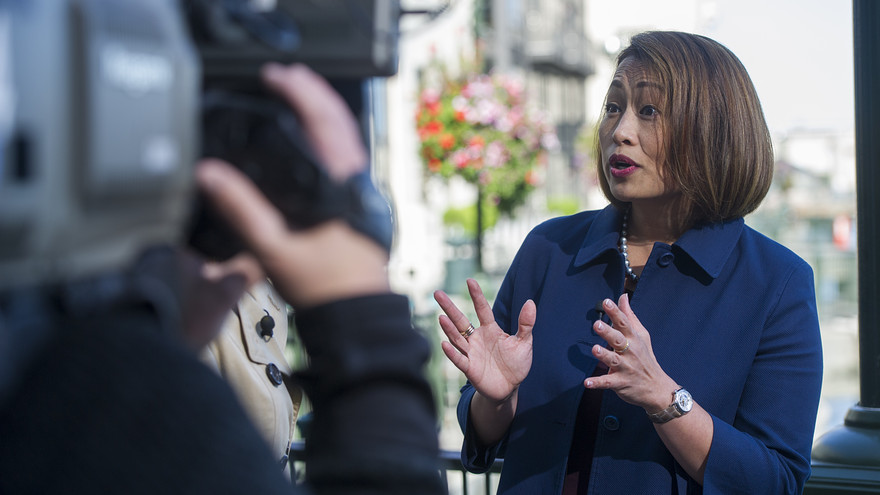 Bloomberg News/Landov
Care.com CEO Sheila Lirio Marcelo may have some explaining to do, since the company’s shares are down 53% since their initial offering in January.

The market for initial public offerings by companies funded by venture-capital firms is red hot, and the high valuations for some offerings have alarmed even some normally bullish tech investors, as reported by David Weidner.

Thomson Reuters said Wednesday there were 23 venture-backed IPOs in the third quarter, the sixth straight quarter of 20 or more offerings.

Six years into a bull market, many investors feel “left out” if they are unable to jump into a newly listed firm’s shares right out of the gate. The highest-profile IPO this year was pulled off in style by Alibaba Group Holding Ltd. (NYS:BABA)  on Sept. 19, with the shares opening at $92.70, 36% above the IPO price of $68. Alibaba’s shares closed at $86.10 Wednesday, so shareholders who got in early are sitting on a big gain, while those who went in after trading started in New York may have a different story to tell.

Before getting caught up in the excitement of an IPO, you need to be very careful when considering your objective. Have you read the company’s offering filings? Do you believe in its products, services and plans for expansion? Are you expecting to make a killing by selling your shares on the first day, or do you expect to be a longer-term shareholder?

For some industries, such as biotechnology, it is common for IPOs to take place years before a company expects to generate meaningful revenue, let alone profits. All may be riding on the success of research and clinical trials that is a long way from completion.

Some investors who felt “burned” by Facebook’s  May 18, 2012, IPO, when the stock sank 16% during the first week of trading, may have bought the shares because they enjoyed using the social-networking site, having done no other research. Or maybe they took part because their broker suggested they would make an easy gain.

Facebook investors who didn’t panic have seen the stock double from the IPO price of $38 (through Wednesday’s close at $76.55). That’s an excellent return for a commitment of about 2 1/2 years.

Getting back to the Thomson Reuters report, the company provided us with its entire list of third-quarter venture-backed IPOs. Here they are, sorted with the best-performing stocks up top:

Ten of the 23 venture-backed IPOs during the third quarter have resulted in losing positions for investors — that’s nearly half. Of course, some investors who have made long-term commitments will not be concerned by this, but it is not a comforting statistic.

Look back to the beginning of 2014, there were a total of 88 venture-backed IPOs through the third quarter, according to Thomson Reuters, and the numbers are even worse, with 41, or 47%, of them turning out to be losers so far.

But let’s accentuate the positive. Here are the 10 venture-backed IPOs through the first three quarters of 2014 showing the best gains through Wednesday:

And here are the 10 venture-backed IPO through the first three quarters of 2014 showing the worst declines through Wednesday.