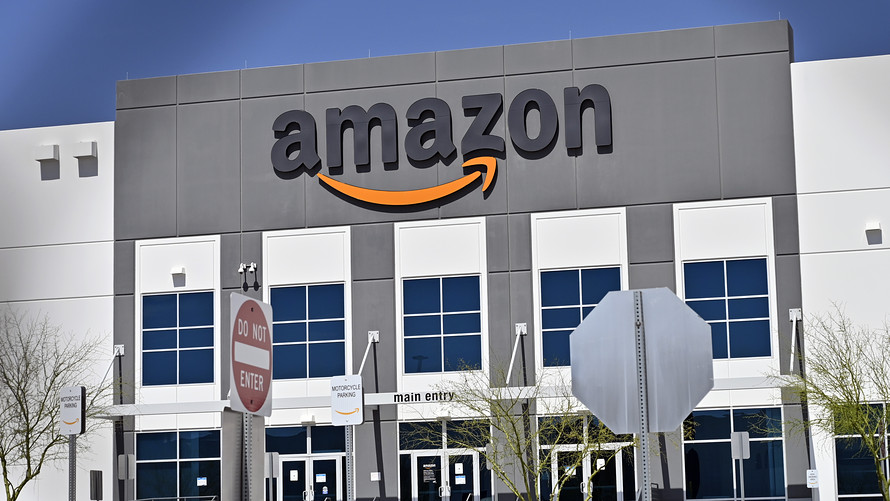 Getty Images
The main entrance to one of Amazon distribution centers.

NEW YORK (AP) — Amazon /zigman2/quotes/210331248/composite AMZN -2.23%   said Friday that it is buying self-driving technology company Zoox, which is developing an autonomous vehicle for a ride-hailing service that people would request on their phones.

Seattle-based Amazon did not disclose how much it is paying for Zoox, which was founded six years ago in Foster City, California. Analysts pegged the purchase price at over $1 billion.

The online retailing giant said Zoox will keep running as a separate business and continue to develop its own autonomous vehicle.

“We’re excited to help the talented Zoox team to bring their vision to reality in the years ahead,” said Amazon’s Jeff Wilke, who runs the company’s retail business.

The deal could drive Amazon into an entirely new business: transporting people from one place to another. But some analysts think Amazon’s ultimate goal is to repurpose the Zoox vehicle for its core business, delivering packages to shoppers.

“My guess would be in the near term that Amazon is probably more interested in taking that platform and adapting it as an alternative or complement to its existing fleet of delivery vans,” said Sam Abuelsamid, principal analyst for Guidehouse Insights, who follows autonomous vehicle developments.

Abuelsamid says Zoox has a good autonomous system and was planning to deploy a ride-hailing service next year. It’s also building its own vehicle that can travel in two directions, making it ideal for urban deliveries. He sees Amazon converting the small vehicles into mobile lockers that would stop at delivery sites for people to pick up packages.

Amazon didn’t directly answer a question about whether autonomous package delivery was its goal, but said Zoox would “continue working toward their mission to transform mobility as a service by developing a fully autonomous, purpose built vehicle.”

The company cautioned that widespread use of autonomous vehicles is still years away and will require a substantial capital investment in a crowded field. The deal puts Amazon, which has grown rapidly from its start as an online bookseller 25 years ago, in competition with Google’s /zigman2/quotes/205453964/composite GOOG -3.02%   self-driving technology spinoff called Waymo, and General /zigman2/quotes/205226835/composite GM -3.53%   Cruise autonomous vehicle unit.

Autonomous delivery would fit with Amazon’s plans to deliver more of its packages on its own and rely less on UPS and the U.S. Postal Service. In recent years it has expanded its fleet of planes, built package sorting hubs at airports and launched a program that lets people start businesses that deliver packages in vans stamped with the Amazon logo.

The investment could complement the $700 million that Amazon put into electric vehicle startup Rivian in 2019. Rivian, with operations in suburban Detroit and California, has a contract to make 100,000 electric delivery vans for Amazon. The company also has a factory in Normal, Ill., with extra capacity that could be used to build the Zoox vehicles for Amazon, Abuelsamid said.

Amazon’s acquisition changes the landscape in the autonomous vehicle business by bringing in a deep-pocketed competitor, Abuelsamid said. It increases pressure on smaller companies that are building delivery vehicles, he said.

Amazon has used autonomous technology to get orders to shoppers: self-driving robots shuffle products around its warehouses and a cooler-sized robot with six wheels has delivered orders in a Seattle suburb. It’s also working on self-piloted drones that fly small goods to customers’ homes.

Get news alerts on Amazon.com Inc. and S&P 500 Index — or create your own.