Tech giant agrees to take 335,000 square feet in Hudson Yards neighborhood without any financial incentives from city or state 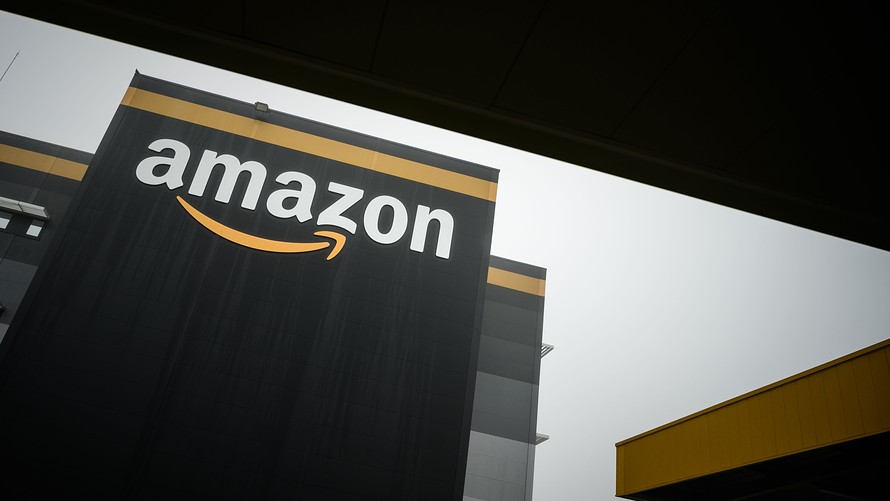 Amazon.com Inc. and Facebook Inc. are loading up on new office space in New York City, helping fuel an expansion of technology companies that is remaking a swath of Manhattan less than a year after Amazon dropped plans to build its second headquarters in the city.

The giant online retailer said it has signed a new lease for 335,000 square feet on Manhattan’s west side in the new Hudson Yards neighborhood, where it will have more than 1,500 employees. The new lease represents Amazon’s largest expansion in New York since the company stunned the city by abandoning plans to locate its second headquarters in the Queens neighborhood of Long Island City.

The deal comes the same day The Wall Street Journal reported that Facebook /zigman2/quotes/205064656/composite FB +5.30%   is in talks to lease 700,000 square feet in a neighborhood nearby. Combined with Facebook’s other recent deals in the city, such a move would catapult the social-media company into the top ranks of the city’s largest corporate tenants, alongside JPMorgan Chase & Co. /zigman2/quotes/205971034/composite JPM -0.19%  and Bank of America Corp., /zigman2/quotes/200894270/composite BAC -0.68%  which have had a major presence in New York for many years.

For Amazon /zigman2/quotes/210331248/composite AMZN +0.51%  , the new lease and accompanying jobs come in a manner that couldn’t be more different from its earlier dealings in New York. Amazon said it is taking the space—in a property being redeveloped at 410 Tenth Avenue—without any special tax credits or other inducements like those it had been offered previously.

And this time, the company ran no cross-country tournament, in which some cities felt they were being played against each other in the contest last year for what Amazon termed its “HQ2” site and the jobs it would bring.

New York City Mayor Bill de Blasio and Gov. Andrew Cuomo, both Democrats, had courted Amazon—and the company’s pledge to create 25,000 new jobs—by offering up to $3 billion in financial incentives. Amazon canceled its plans for the project after facing a backlash from some politicians and activists over the package offered to the company.

After the Journal reported on Amazon’s new lease, Rep. Alexandria Ocasio-Cortez (D., N.Y.), a vocal critic of the HQ2 effort who represents neighborhoods near the proposed site, tweeted, “Won’t you look at that: Amazon is coming to NYC anyway - *without* requiring the public to finance shady deals, helipad handouts for Jeff Bezos, & corporate giveaways.”

Many in the New York business community worried that Amazon’s withdrawal would signal to other tech giants and large companies that New York had become inhospitable to business. Instead, Amazon’s continued expansion marks the latest sign that tech companies are scrambling for prime Manhattan real estate to attract the city’s large and well-educated talent pool.

A tech corridor stretching several dozen blocks is emerging on Manhattan’s west side, where Facebook’s search for new office space has led it to consider the Farley Building, a landmark post office under redevelopment across the street from Penn Station, according to people familiar with the matter. The Menlo Park, Calif.-based company said last month that it had signed a lease for a 1.5 million square-foot campus at Hudson Yards, several blocks further west.

Combined with a deal at Farley, that lease and Facebook’s existing offices would bring its total footprint in the city to more than 3 million square feet. All told, that would create space for more than 14,000 Facebook employees, according to rough estimates by real estate consultants.

Alphabet Inc.’s Google /zigman2/quotes/205453964/composite GOOG +3.37%  , /zigman2/quotes/202490156/composite GOOGL +3.58%  which has plans to add 7,000 employees over the next decade in the city, signed a lease earlier this year for 1.3 million square feet at a converted former freight terminal in the Hudson Square neighborhood as well as space in two other buildings nearby.

New York is emerging as an East Coast hub for technology because of the size of its labor force, its extensive transportation system and the cultural and entertainment activities that come with a big city, analysts and real-estate executives said.

The increase in tech professionals, who typically earn well over $100,000 a year, have helped fuel job expansion in rental housing, restaurants, car services and personal services such as fitness trainers.

The tech interest is also giving a welcome boost to the city’s office market, injecting new demand when many other businesses have hesitated to expand. That is good news for office owners who are expecting about 22 million square feet of new office space to be completed between now and 2023, according to Newmark Group.