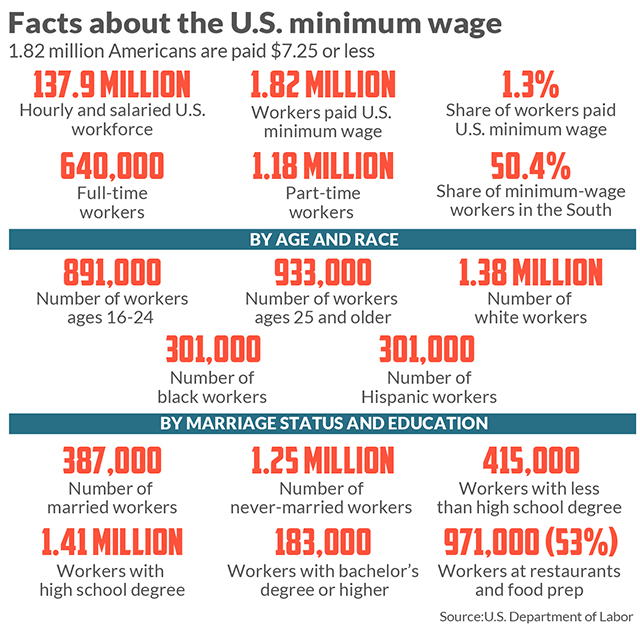 Online retail behemoth Amazon says it will raise its minimum wage to $15 an hour, giving tens of thousands of workers a hefty pay raise this fall. But what about the rest of America?

The federal minimum wage has been stuck at $7.25 an hour since July 2009 , and it’s unlikely to be raised soon.

Yet dozens of states and the District of Columbia have raised their own minimum wages to levels that are in some cases well above the federal baseline. 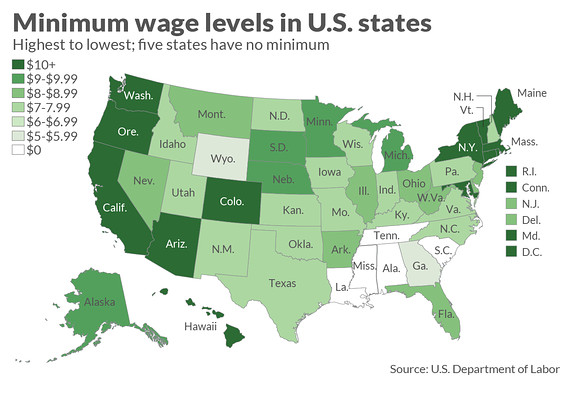 A handful of states — all in the South — have no minimum wage at all. Companies in those states are required to abide by the federal wage minimum.

Read: Amazon joins growing list of companies that are boosting their minimum wages

Exactly how many Americans earn $15 an hour or less is uncertain. The most cited study by the left-leaning National Employment Law Project claims more than 40% of all American workers fall into that category.

A separate 2015 study by Goldman Sachs estimated that slightly more than half of all Americans earned less than $20 an hour.

The federal government, for its part, only tracks the number of Americans who earn the federal minimum wage or less. In 2017, for example, about 1.82 million people earned $7.25 an hour or less.

Not all of those people actually get paid such low wages. Many work in leisure and hospitality occupations such as restaurants or hotels and can earn significant tips.