AMC is the first cinema chain to launch a streaming service, adding to a wave of new competition from Disney, Apple and others 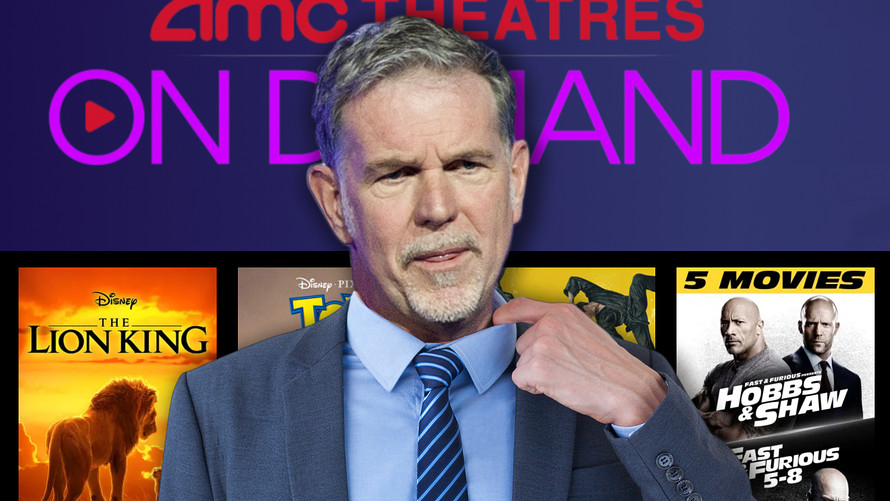 MarketWatch photo illustration/iStockphoto, Getty Images
Reed Hastings, the Netflix founder and CEO, would be forgiven if he’s feeling a little hot under the collar.

In the latest blow to Netflix Inc., AMC Theatres, the biggest cinema chain in the world, said Tuesday it is launching a streaming service that will allow members of its loyalty program to rent or buy films and watch them at home, the first such offering from a cinema operator.

The 20 million-plus U.S. households that have signed up to the company’s AMC Stubs program will be able to access about 2,000 films from every major studio, starting Tuesday. Later in the year the service is slated to be expanded to include films from AMC Networks’ (NAS:AMCX) IFC Films and RLJE Films. AMC Theatres will promote AMC Networks’ targeted streaming services, marking the first crossplatform marketing between the companies. Those services include Acorn TV, Shudder, Sundance Now and UMC.

Customers can rent or buy films through the AMC Theatres (NYS:AMC) mobile app, Roku (NAS:ROKU) and smart TVs with more services and devices to be added in the future.

“With more than 20 million AMC Stubs households, and with our website and smartphone apps already being visited hundreds of millions of times annually by movie fans, AMC Theatres is in a unique position to promote specific movies with greater personalization than has ever been possible before,” AMC Theatres Chief Executive Adam Aron said in a statement.

See: An Apple-Disney merger? Here’s how Bob Iger says it could have happened

AMC has agreements with every Hollywood studio to make select films available for rent or purchase, including new releases. Those will be made available after the traditional theatrical window set by studios has been observed. Consumers will be able to earn Stubs points that can be used for in-theater rewards.

See: Now that ‘Seinfeld’ is coming to Netflix, how does it stack up against Amazon, Apple, HBO, Hulu and Disney?

The news is the latest threat to the dominance of Netflix (NAS:NFLX) , which has seen its stock fall 23% in the past three months as it awaits an onslaught of new competitors in the streaming world. Apple Inc. (NAS:AAPL) and Walt Disney Co. (NYS:DIS) are both set to debut streaming services in November; both are cheaper than Netflix’s offering. 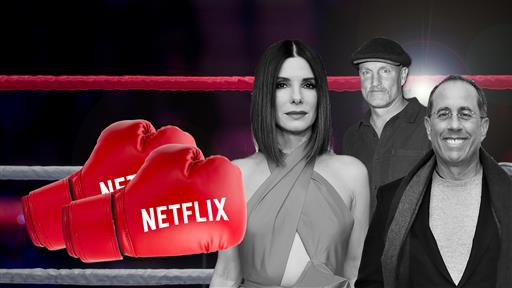 Netflix, scheduled to report its third-quarter earnings on Wednesday, is already in competition with Amazon.com Inc. (NAS:AMZN) and Roku Inc.

“In general, more services tacked on to loyalty programs in price elastic businesses tend to, more often than not, foster more loyalty,” Miller wrote in a note to clients. “That has been the case over the years in the airline industry as airline loyalty programs have grown more sophisticated.”

Miller said his initial reaction to the news was negative, as the company seemed to be taking a step that would encourage its customers to stay at home to watch films, the exact opposite of what cinemas are trying to persuade them to do. But he changed his view on seeing the positive market response and realizing that the company is using its loyalty program as a distribution network for the first time.

“’AMC Theaters on Demand’ now has the opportunity not only to promote various trailers for upcoming films in the theater, but also to promote new theater/re-seating renovations and/or MacGuffins Wine Bar features at select locations,” he wrote. Miller is sticking with his outperform rating on the stock and $21 price target.

See: Why no streaming company will be able to dethrone Netflix

Benchmark analyst Mike Hickey, who rates AMC a buy, said the U.S. box office has exceeded his expectations in the third quarter and expects it to benefit AMC when its reports its third-quarter earnings in early November.

See also: Martin Scorsese says for cinema streaming is ‘an even bigger revolution than sound’

The analyst is expecting 5% growth in the fourth quarter, buoyed by releases including “Joker,” “Gemini Man,” “Maleficent: Mistress of Evil,” “Terminator: Dark Fate,” “Doctor Sleep,” “Charlie’s Angels,” “Frozen 2,” “Knives Out,” “Jumanji: The Next Level” and “Star Wars: The Rise of Skywalker.”

Netflix shares were recently down 0.4%, off their early-session lows.