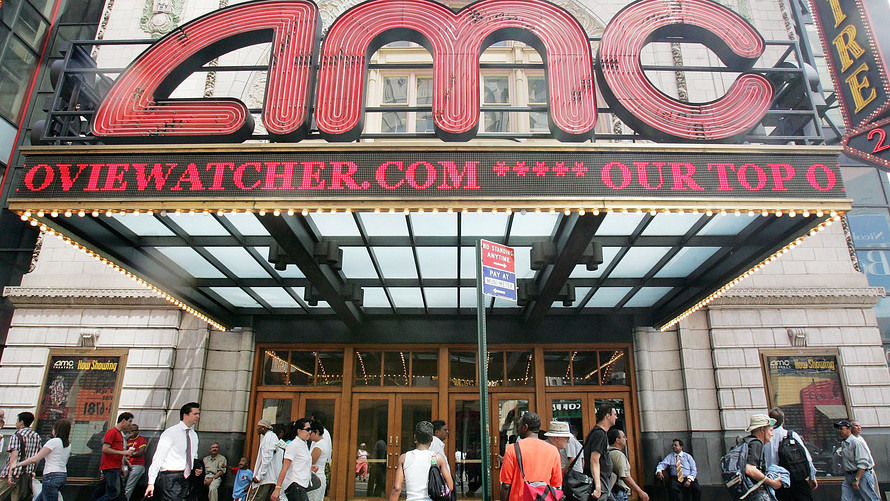 AMC Entertainment Holdings Inc. shares soared 14% Thursday, after the biggest cinema chain operator in the U.S. said it will reopen its doors on Aug. 20 to celebrate 100 years in business, and will charge the 1920 price of 15 cents a ticket to mark the occasion.

“One hundred years later, as AMC reopens its doors to U.S. moviegoers for the first time in more than five months, AMC is celebrating its history with a throwback to the year it all started by offering “Movies in 2020 at 1920 Prices,” said the statement.

Like its rivals, AMC has been forced to close its cinemas during the coronavirus pandemic to avoid spreading the illness, which is understood to be transmitted through respiratory droplets that are produced when people cough, sneeze or talk. The pandemic has also caused film studios to delay major releases, including the usual summer lineup of blockbusters.

Earlier this month, Walt Disney Co. /zigman2/quotes/203410047/composite DIS -1.15%  announced it would release its live-action “Mulan” movie on its streaming service Disney+ for a $30 fee.

See now: $30 to watch ‘Mulan’ on Disney+ is either outrageous or an amazing deal, depending on whom you ask

AMC said it will open more than 100 of its theaters on Aug. 20, but capacity will be significantly reduced to achieve social distancing. The company is expecting to open about two thirds of its more than 600 cinemas in the U.S. in time for the Sept. 3 release of Warner Bros. /zigman2/quotes/203165245/composite T -0.41% “Tenet,” the $200 million thriller directed by Christopher Nolan. That film will be released in more than 70 countries on Aug. 26, including Japan, Russia, much of Europe, Australia and Canada, or a week ahead of the U.S.

“Tenet” will arrive in AMC theaters after the Aug. 28 release of “The New Mutants,” a horror film from Disney’s 20th Century Fox. The company’s remaining cinemas will reopen as soon as state and local officials allow.

Experts say it remains uncertain whether cinemas will survive the pandemic turmoil.

“The box office is under attack economically in a way that the world has never seen,” said Eric Schiffer, chief executive of the Patriarch Organization and Reputation Management Consultants. “The days of even half-filled theaters are long past. Most theaters, particularly smaller chains, will not succeed with meaningful capacity reductions.”

The changes will likely include a new ownership mix as the cinema sector works through the crisis, he said. “Multibillions of dollars are at stake.”

AMC said its Aug. 20 event will be followed by other promotions that include bringing back films like “Black Panther,” “Back to the Future,” “Ghostbusters,” “Grease” and “Star Wars: Episode V - The Empire Strikes Back” at an admission price of $5. AMC will also offer a range of $5 food and drinks through the end of October. Members of the company’s loyalty program, AMC Stubs, will earn double points on ticket, food and drink purchases through the same period.

See now: Disney+ was the only plus for Disney as coronavirus slammed other businesses

Get news alerts on AMC Entertainment Holdings Inc. Cl A — or create your own.