AMD earnings: With stock at highest prices in more than a decade, outlook must be strong

Second-half strength is uncertain, but stronger PC sales have helped other chip makers 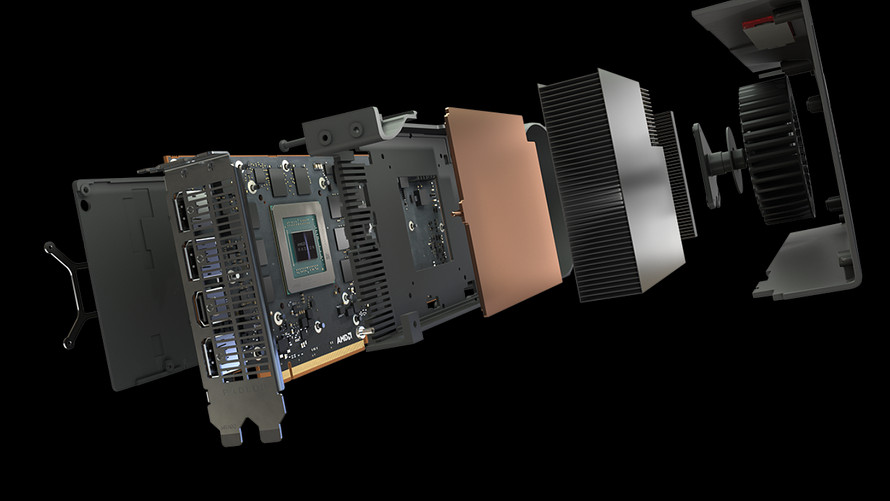 Advanced Micro Devices Inc. stock is trading for more than it has in over a decade, but the rest of the year is still a question mark for the chip maker amid problems in a sector that has showed mixed signs of improvement while dealing with tariff troubles and weak data-center sales.

Mizuho analyst Vijay Rakesh said AMD may see a softer-than-expected second half of the year. Rakesh also recently raised his price target on the stock to $37 from $33, but downgraded AMD to neutral from a buy rating given the stock’s more than 80% run-up on the year. Additionally, AMD shares hit a closing high of $34.39 on July 15, their highest close since May 19, 2006, when shares finished at $34.95, according to FactSet data.

“While we have noted overall server supply chains seeing less dislocation from tariffs with much of the relocation done, we believe 2H hyperscale/data center spending might not see the big 20-30% rebound from the weakness in 1H19 which, combined with slower PCs and competitive INTC pricing, could limit 2H upside,” Rakesh said.

Earnings: Of the 28 analysts surveyed by FactSet, AMD on average is expected to post adjusted earnings of 8 cents a share, down from the 9 cents a share expected at the beginning of the quarter. Estimize, a software platform that uses crowdsourcing from hedge-fund executives, brokerages, buy-side analysts and others, calls for earnings of 9 cents a share.

Stock movement: AMD shares are up 23% since the company last reported earnings. In comparison, the S&P 500 index (S&P:SPX)  has gained 2.7%, the tech-heavy Nasdaq Composite Index (AMERICAN:COMP)  has advanced 2.9%, and the PHLX Semiconductor Index (NASDAQ:SOX)  has gained 2.4% in that time.

Of the 34 analysts who cover AMD, 13 have buy or overweight ratings, 17 have hold ratings and four have sell or underweight ratings, with an average price target of $30.62, or 10% lower than Friday’s closing price of $33.98.

At the beginning of the year, AMD was forecasting a better year than other chip makers, but relief to the beleaguered chip sector may be coming earlier than expected as research firms Gartner and IDC reported a rise in global PC shipments for the second quarter.

For more: Rush to beat China tariffs drives PC shipments higher, but that may bode ill for rest of 2019

Cowen analyst Matthew Ramsay, who has an outperform rating and raised his price target to $40 from $36 recently, said investors are comfortable with the second half coming in a little light.

“Despite multiple 7nm product launches, we acknowledge modest risk to 2H19 expectations given the soft macro and slower recovery of hyperscale capital spending,” Ramsay said. “However, our conversations indicate investors would be fine if 2019 growth guidance moved slightly lower to ~5% versus current guidance of high-single digits given the macro, thus still implying 30% Y/Y growth in 2H19.”

In chip parlance, nanometers, or nm, refers to the size of the transistors that go on a computer chip, with the general rule being that smaller transistors are faster and more efficient in using power. AMD launched its Ryzen desktop CPUs and APUs as well as new Navi GPUs recently, and those sales will figure in the third-quarter outlook.

Tech earnings preview: A test amid tumultuous times, and all the chips are on the table

“Although we think there remain risks for the PC markets (and other electronic end markets), we believe that these latest estimates reflect positively on Intel and AMD,” Instinet analyst David Wong, who has buy ratings on both AMD and Intel, wrote in a recent note. “In addition, we anticipate that new products from Intel and AMD could well provide some additional stimulus for the PC and server end markets in the second half of this year.”

Susquehanna Financial Group analyst Christopher Rolland, who has neutral ratings on both AMD and Intel, said AMD had already gained share ahead of its recent product launches.

“AMD launched its first Ryzen 7nm CPUs on July 7, but already has achieved desktop share of 19.1% in 2Q19 (highest share in 5+ years),” Rolland said. “To combat these share gains, we have heard (our recent Asia trip) that Intel is offering price cuts of up to 15% on its Coffee Lake CPUs.”

Also, AMD announced a price cut to its Radeon 5700 series graphics card just days after (NAS:NVDA)  announced a line of competing cards in the arms race between the two companies.