And they still aren’t eating much fish, a new study finds 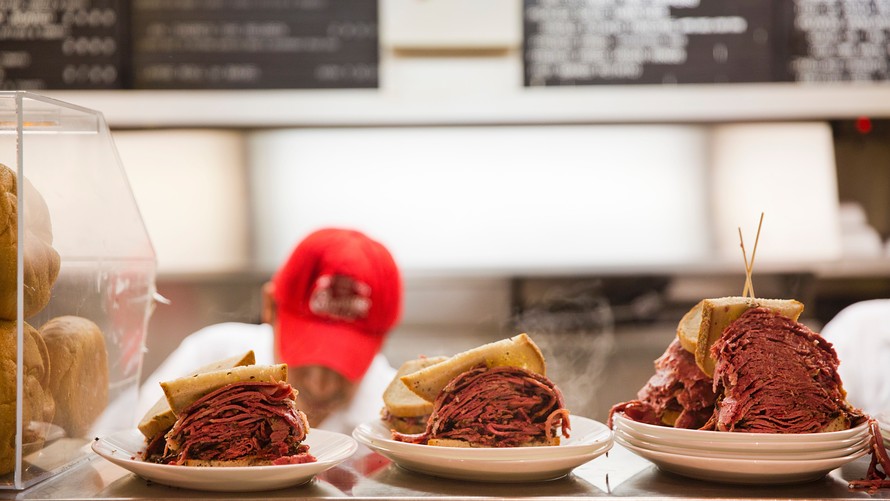 Spam calls to Americans — even as public-health experts warn of the risks posed by processed meats.

U.S. adults still eat just as much processed meat as they did 18 years earlier, according to a study published Friday in the Journal of the Academy of Nutrition and Dietetics. Processed meat includes red meat or poultry “transformed through salting, curing, fermentation, smoking, or with the addition of chemical preservatives,” the study says.

The study analyzed data from 43,995 adults aged 20 and up who participated in the National Health and Nutrition Examination Survey (NHANES) between 1999 and 2016. It found that the top processed meats consumed were luncheon meat, sausage, hot dogs, ham and bacon.

Americans also haven’t tipped the scales on their fish consumption, which showed no substantial change over the nearly two decades. (The American Heart Association endorses eating at least two servings of fish per week.)

Meanwhile, lack of awareness regarding the health risks linked to processed meats may help explain why Americans continue to consume them, suggested study co-author Fang Fang Zhang, a cancer epidemiologist and Tufts University associate professor, though she added that social, economic and cultural forces may also guide food choices.

“Our findings support further actions to increase the public awareness of the health risks associated with high processed meat consumption in the U.S.,” Zhang said in a statement .

Processed meat consumption is linked to greater heart disease and diabetes risk, a 2010 Harvard University study found, though the research noted there was no such elevated risk for consuming unprocessed red meats.

And the World Health Organization’s International Agency for Research on Cancer (IARC) deemed processed meat a carcinogen in 2015, announcing it had found “sufficient evidence” that its consumption caused colorectal cancer in humans. It also declared that red meat consumption was “probably carcinogenic to humans,” based on links observed mostly for colorectal cancer but also in pancreatic and prostate cancers.

A 2017 report by the World Cancer Research Fund and the American Institute for Cancer Research later found processed meat and red meat, among several other risk factors, to be causes of colorectal cancer.

Consumption of these meats appears to have economic consequences, too: One 2018 study estimated that $285 billion in global health costs in 2020 — and 2.4 million deaths — could be attributed to consumption of red and processed meat. Taxing these products would result in 222,000 fewer deaths and a $41 billion reduction in health costs, the study found.

“Findings of this study can inform public health policy priorities for improving diet and reducing chronic disease burden in the U.S.,” Zhang said of the present research. “Because stores and fast-food restaurants are main purchase locations for processed meat, future policies may prioritize these as primary sites of intervention for reducing processed meat consumption among U.S. adults.”

A spokesman for Hormel /zigman2/quotes/209170265/composite HRL -5.64% , which makes Spam, said in a statement that the company had evolved its portfolio to include products including guacamole, salsas and nut butters. He highlighted Hormel’s natural and organic meat brand, Applegate, and its nut butter brand, Justin’s.

“We know that consumers want to know what’s in their food and we have taken that to heart with focusing on minimal processing in all of our food products to ensure only food safety and product quality,” spokesman Rick Williamson told MarketWatch. He added that Spam Classic had only six ingredients. ( They are pork with ham, salt, water, potato starch, sugar and the preservative sodium nitrate.)

The North American Meat Institute (NAMI), a Washington, D.C.-based industry trade association, disputed the IARC’s findings on processed and red meat in 2015. In response to the most recent study, the group on Friday advised that consumers “look to the total body of evidence on meat consumption, which is clear that meat is a nutritious part of a healthy balanced diet.”

“While we have not seen the full study, meats such as bacon, hot dogs, sausages and deli meats are nutrient-dense foods that can offer high-quality protein, vitamin B12 and many other vitamins and minerals beneficial to health,” KatieRose McCullough, NAMI’s director of regulatory and scientific affairs, told MarketWatch in a statement.

“The new research doesn’t change these facts and Americans should feel confident enjoying them in the amounts currently consumed.”