Americans spend 7,000% more time watching TV than they do on their finances

We won’t keep up with the Kardashians if we’re too busy watching ‘Keeping Up With The Kardashians,’ experts note 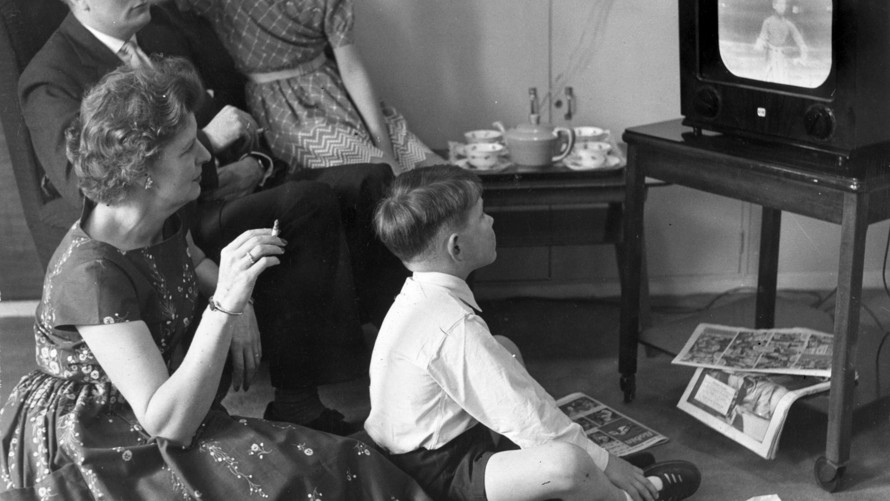 Bert Hardy/Picture Post/Hulton Archive/Getty Images
They're not getting rich doing this.

Watching TV is a lot more fun than going through your bank statements.

But only one of them is going to help you reach your financial goals and retire on time. And it isn’t watching “Keeping Up With The Kardashians.”

We spend on average about 70 times as much time a month watching TV as we do tending to our finances, a new study argues.

The report , from financial site The Ascent — a site run by Motley Fool — crunches the numbers from the federal government’s own American Time Use Survey.

Typical time spent a month on budgeting, financial planning and the like: One hour and 12 minutes. That’s about two minutes a day.

Time a month spent watching TV? Eighty-five hours and 12 minutes. That’s nearly three hours a day. With companies from Netflix (NAS:NFLX)   to Amazon (ETR:XE:AMZ)   to Apple (NAS:AAPL)   pushing a feast of streaming content onto viewers, it’s no wonder that we’re gorging for hours a day.

Financial planners warn that when we fail to check in on our finances regularly, we’re missing out on opportunities and taking risks with our money.

‘I truly believe that most people spend more time planning for a one week vacation than they do on their investment and retirements each year.’

“I truly believe that most people spend more time planning for a one week vacation than they do on their investment and retirements each year,” adds Ashley Folkes, a planner in Scottsdale, Arizona.

Their advice? Set aside a small amount of time each month. And if you do nothing else, review all your bank and credit card statements.

“People should set a financial alarm on the day that the bank statement comes out and spend an hour reconcil[ing] their check balance book,” says Rose Swanger, a planner at Advise Finance. “I urge all of my clients [to do] it on a monthly basis, whenever the statement comes out, instead of gathering 12 month statements and doing it one time.”

This is the monthly chance to review where all your money is going and take action, they say.

Do it regularly and do it often, planners advise.

‘’People should be reviewing their spending monthly, especially if they claim they can’t afford to save any more for retirement,” says Folkes. He adds: “I don’t think they like to do that because they will see how they spend.”

“They should be tracking where their money is going,” says Edward Snyder, a financial adviser at Oaktree Financial Advisors in Carmel, Indiana. “For example, if x dollars goes to utilities every month, x dollars to put gas in the cars, x dollars to the mortgage, etc., then I can see where I may be able to cut back if I need to in order to save more,” he says. “Maybe it just opens my eyes to how much is being spent in a category. If you don’t track it, you don’t have any idea that maybe you’re spending a lot more than you realize going out to eat, or on “stuff”.”

“One of the most commonly neglected tasks that I see is reviewing your transactions, statements, and bills every month,” adds Eric Roberge, a financial planner in Boston at Beyond Your Hammock. “Most people enroll in auto bill pay, or just pay their credit card statements and bills without actually going through each transaction line by line. This sounds tedious, but it’s really important to do,” he says.

It’s not just about spending, either.

Roberge advises clients to check for fraud and for mistaken charges, such as inaccurate billing and duplicate credit card transactions. “You don’t want to end up paying more than you really should just because someone in the billing department fat-fingered a number and made a typo,” he says.

See also: Those most vulnerable to financial scams are not necessarily lonely, older people with little money or education

“I review my own statements monthly and have found fraudulent charges this way,” he adds. “If I didn’t check, I would have never noticed them because they were small enough not to raise red flags when I looked at the overall total balance I was supposed to pay.”

Swanger says she’s found at least $5,000 in mistaken charges over the years. And because she caught them promptly, “I was able to get all money back.”

Planners say reviewing your statements every month is a good chance to review your debts and your cash management too.

Credit-card bills “get out of hand when you don’t look at what’s coming in and going out regularly,” warns Jared Friedman, a financial planner at Redwood Financial Planning in Scotch Plains, N.J. Check what you’re borrowing and what you’re paying. Make sure you’re not paying late fees, or carrying a balance on a high interest card.

Meanwhile, if you’re in the black you also want to make sure it’s in the right place, says Kristin McKenna, a financial adviser at Darrow Wealth Advisors in Boston. Check that you’re not keeping too much money in a checking account, where you’re earning almost no interest. If so, move some of it to the higher yielding savings account, or to longer-term investments such as the stock market, where returns are usually much higher.