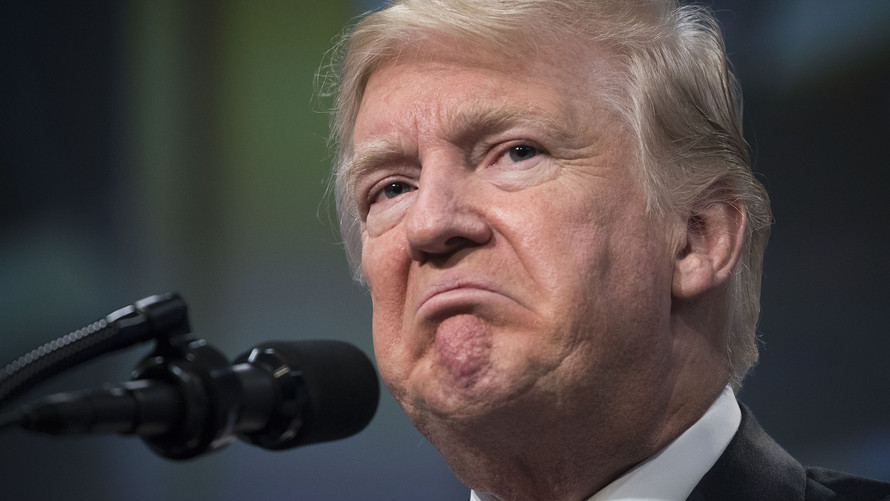 Getty Images
President Donald Trump can’t stop talking about “fake news,” but the majority of Americans would not use that term to describe the mainstream media’s output.

There’s been a spike in trust of the media, according to a Reuters/Ipsos opinion poll released Tuesday.

The poll, which surveyed 14,300 people in September, found that 48% of Americans have either a “great deal” or “some confidence” in the press, up from 39% last November.

In November 2016, 51% of Americans said they had “hardly any” confidence in the press. That number has since dipped to 45%.

In January, when Trump took office, 52% of Americans had a “great deal” or “some” confidence in the president. That number dipped to 51% by May. In September, it dropped to 48%. In contrast, former President Barack Obama left office with 57% of Americans expressing confidence in his administration. 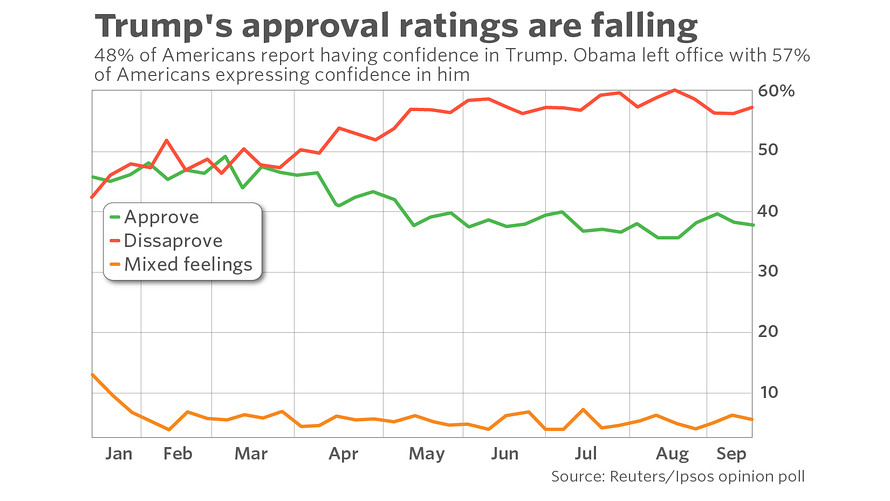 And if there’s one person who really has no confidence in the press, it’s Trump himself. Trump, who popularized the term “fake news,” has repeatedly slammed news agencies such as MSNBC and CNN. He once tweeted out a doctored video of himself body-slamming someone with a CNN logo on their head.

Tweets like this from the president are not uncommon:

And he doesn’t seem to have stopped. Here’s the latest from this weekend: