America’s educational system is an ‘aristocracy posing as a meritocracy’ 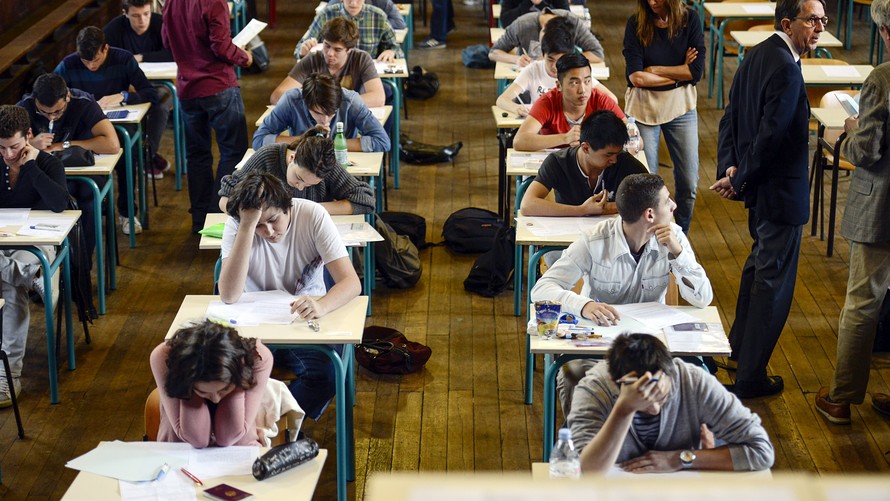 Getty Images
Low-income students who score well on tests struggle more than their higher-income peers to get decent jobs, a new study finds.

The study’s findings provide insight into a very basic question, according to Anthony Carnevale, the director of the Georgetown center and one of the authors of the report. Does our educational system work to propel the people with the most talent to the best jobs?

The answer, according to Carnevale: “It’s not a meritocracy, it is more and more an aristocracy posing as a meritocracy.”

—Anthony Carnevale, director Georgetown Center on Education and the Workforce

The research adds to evidence that a young person’s future prospects may be more dependent on their background than their innate talent. There are a variety of reasons why that’s the case. As the report notes, students from well-off families have more of a cushion — in the form of resources, including tutoring and other guidance — than their low-income peers to help them get back up when they stumble.

In addition, our public-education system — on which we’ve put pressure to mitigate these differences in environments and resources — still isn’t up to the task, despite decades of reform, Carnevale said.

Schools that serve low-income communities and students of color are typically working with far fewer resources than those in wealthier and whiter communities. The “systemic effect” is “institutional class bias and institutional racism,” Carnevale said. That, he added, can make it challenging for talented, low-income students to maintain their advantages.

But even low-income students who by the end of high school appear more talented than their higher income peers are less likely to be successful as a young adult.

• Tenth graders who come from families at the highest income level and score in the bottom half on math assessments in high school have a 56% chance of early career and educational success.

• Tenth graders who come from families in the lowest income level and score in the top half on high school math assessments have a 47% chance of attaining that goal, the study found.

One reason why that’s the case: A “great sorting” takes place when students apply to and attend college, Carnevale said. Well-off students are much more likely to end up at the type of selective, well-resourced colleges where students have a better shot at graduating and a decent-paying full-time job.

They have access to resources like standardized test prep (or sometimes even more nefarious advantages, as the college admissions scandal suggests) that can help these students build their resumes. But earlier research from the Georgetown center also suggests that there are still tens of thousands of low-income students with good enough test scores to attend these selective schools but who aren’t admitted.

The result, according to Carnevale: “College or postsecondary education has become the capstone in this system that pretty much takes the inequality it finds after high school, reproduces it in the selectivity of the higher-education system, projects all of that into the labor market and then starts that cycle all over again.”