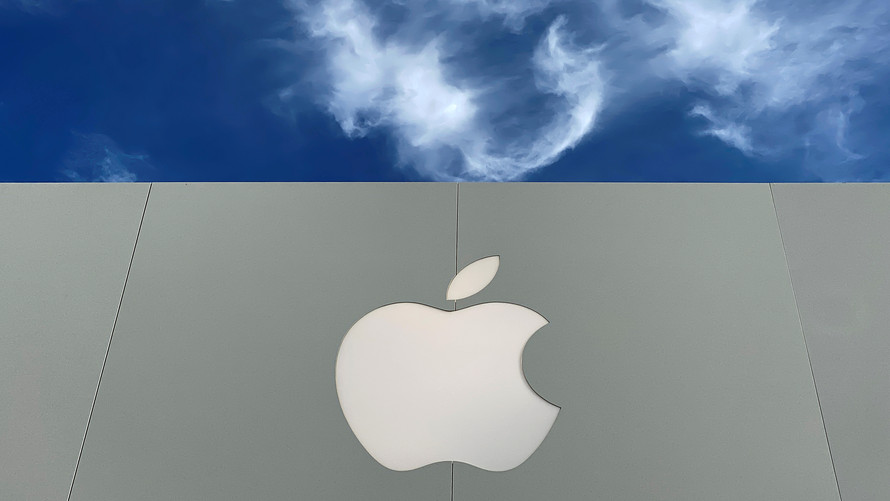 Apple Inc. investors are sending the stock to new highs after the company’s record results, but some analysts appeared divided as to how much further the latest commentary will juice the stock.

Apple shares /zigman2/quotes/202934861/composite AAPL +3.05%  rallied in Wednesday trading after the consumer-technology giant reported the second-best quarter ever for iPhone sales, pushing well past expectations. The holiday quarter also saw strong performances from wearables, home and accessories. Shares rose 3% in midday trading after a forecast-beating revenue outlook for the March quarter.

Praise came rolling in from some analysts. “We would characterize these results and guidance as a ‘blow out’ print that will put more high-octane fuel in the bull thesis looking ahead,” Dan Ives, analyst at Wedbush, told clients in a note, as he referred to the company’s “Picasso-like quarter/guidance.”

Ives said the biggest positive of the results was that strong March guidance “on the heels of pent-up demand within the installed base which is now over 1.5 billion devices worldwide.” Also encouraging, China growth beat Wall Street expectations, climbing 3% year over year, as the region represents roughly 20% of all iPhone upgrades in the next 12 to 18 months, he said.

Ives rates Apple outperform with a 12-month price target that he recently took to $400 on the view that investors are underestimating the magnitude of the 5G upgrade cycle.

D.A. Davidson analyst Tom Forte suggested that the holiday-quarter results may just be the beginning for Apple. “We believe the current set up is well suited for Apple, with our expectation of a potential multi-year cycle of positive smartphone unit growth due to the rollout of the next-generation wireless network, 5G,” he wrote.

Forte concedes that he didn’t actually expect the iPhone to be a big growth driver for Apple in the latest quarter but that the company should be able to “exploit” the upcoming 5G wave with its product launches expected out this fall and next fall. He lifted his price target to $385 from $375 in part due to greater near-term sales expectations, while maintaining a buy rating on the stock.

Jefferies analyst Kyle McNealy said the company’s strong iPhone sales suggest that wireless carriers are becoming a bit more active with their promotions and subsidies, a trend he expects to continue as the carriers look to “get better leverage out of their network investments” in 5G. He wrote that the upcoming 5G iPhones will have a bigger point of differentiation from their current rivals than Apple’s more recent new models had relative to their predecessors, something he thinks could drive “significant upgrade activity.”

RBC Capital Markets analyst Robert Muller said that investors shouldn’t sweat the services slowdown. Though Apple saw a sequential decline in services growth and a miss relative to consensus forecasts on this metric, Muller wrote that the massive beat on iPhones was a “more-than-sufficient trade” and that he was encouraged by management’s comments that the trade-in program doubled from a year ago, suggesting that more customers may be flocking to Apple’s upgrade program “with its requisite AppleCare purchase.”

Muller continued that with Apple’s “strong guidance taking us one quarter closer to the start of a potential super cycle in 5G, we see little reason to alter our positive outlook.” He rates the stock at outperform and increased his target to $358 from $330.

Elsewhere, though, KeyBanc Capital Markets analysts Andy Hargreaves and Maddie Schrage cautioned that there are limits to Apple’s growth prospects and the shares “fully valued,” meaning the stock market has pushed the upside as far as it can go and further gains from here will push it into overvalued territory.

While the latest results came in better than expected, Hargreaves and Schrage said the company has seen secular stagnation in iPhones, the iPad and the Macbook, overwhelming a tripling of gross profit in the services section.

“While strong customer loyalty should keep sales stable, we see little that could drive a return to secular growth in iPhone, iPad or Mac. At the same time, Services and Wearables appear to be slowing, which seems likely to limit profit growth in the coming years to something comparable to the last five,” they said.

Wells Fargo’s Aaron Rakers was also skeptical that the stock has much more room to rally. “While Apple’s recurring services growth has driven multiple expansion, we are more cautious on further expansion beyond 20 times,” he said, as the new multiple is already significantly higher than it was at the middle of last year and remains above the 14 times to 15 times median.

He rates Apple’s stock at equal weight with a $315 target.

Of the 42 analysts tracked by FactSet, 25 have buy ratings, 12 have neutral ratings, and five have hold ratings. The average price target listed is $315.85, less than 1% below Tuesday’s close.

Apple’s stock has added 34% over the past three months, as the Dow Jones Industrial Average has risen 7%.