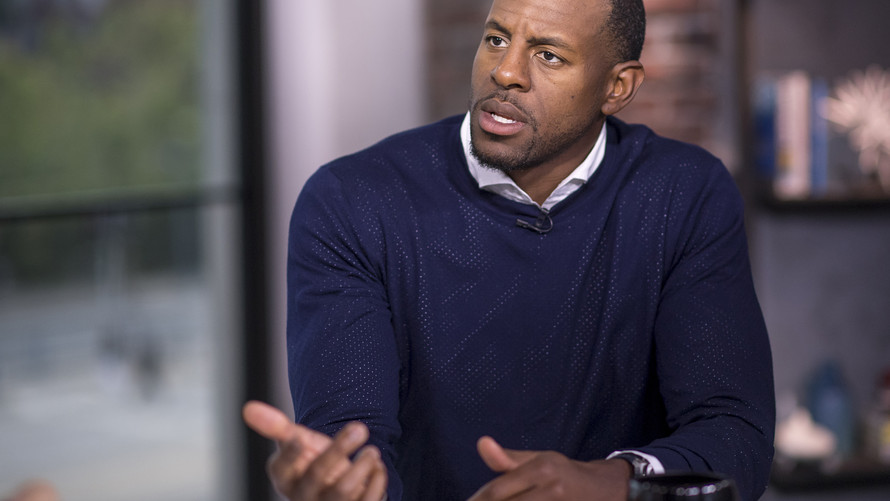 Bloomberg News/Landov
A new book from Golden State Warrior Andre Iguodala, MVP of the 2015 NBA Finals, touches on the gap between sports and technology.

In recent years after a typical Golden State Warriors win in Oakland, Andre Iguodala would exchange greetings with the opposing team, as is professional sports custom. Then, he did something few players do: He sought out some of the technorati sitting court-side as fans of Silicon Valley’s NBA team.

“He’s humble, engaged, does his research, and there is no air of celebrity,” PagerDuty CEO Jennifer Tejada told MarketWatch, explaining her interactions with Iguodala. “He looks to partner, not just move money in and out of stocks.”

In his first book, “The Sixth Man,” the three-time NBA champion, NBA Finals MVP, and Olympic gold medalist chronicles his basketball career. But at Bloomberg’s Player Technology Summit in San Francisco on Thursday, he focused on his burgeoning investment track record in Silicon Valley.

During a one-on-one interview with MarketWatch, Iguodala shared his investment strategy, areas of interest in tech, and thoughts on life after the NBA.

MarketWatch: What is the theory behind your investments?

Iguodala: I started by investing in companies whose technology I was familiar with. Things like Apple, Netflix, Google, Zynga, Groupon. It’s best to invest in what you know. For sports, it’s a little different. I’ve looked at sleep trackers that help athletes recover off the court. I’m deep into golf, but it’s such a niche place and hard to scale [for investment in golf apps.] People either love it or hate it.

MW: Which types of technology interest you?

Iguodala: There are so many. Cloud. Security. SaaS [software-as-a-source] interests me, especially what PagerDuty and Zoom are doing. Both understand solutions that optimally run companies.

MW: Whom in Silicon Valley did you seek advice from, and what did they tell you?

Iguodala: They are within your reach, courtside or in the region, so I sought out [angel investor] Ron Conway, Bill Gurley, Mary Meeker, Ben Horowitz, Jeff Jordan. People like that. Bill, for example, is the best at what he does, look at his track record. His brain is on another level in seeing where technology is headed, and which companies will influence that story. Every summer, Ben Horowitz has a barbecue at his house, which is a good place to meet people [in tech].

Also read: A venture capitalist spills the secrets of an IPO

MW: How are you handling the transition from the NBA to life as an entrepreneur/investor?

Iguodala: I have no idea yet (smiling). But I am learning from the experts and other athletes. You do need to find a passion outside the game. I think I’ve found mine with tech and golf, and I’m trying to learn as much as I can.