Another worry about the presidential election — the role of misinformation

Misinformation may be an even more effective means of voter suppression than any of the older, cruder methods 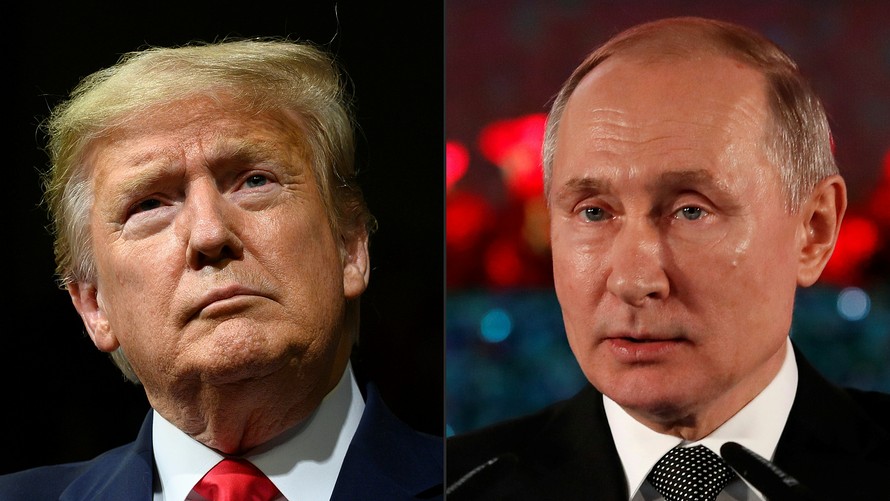 AFP via Getty Images
U.S. President Donald Trump and Russian President Vladimir Putin. Some 59% of Americans worry they cannot discern good information from bad, with Russian interference in the 2016 election as one influence.

“If you mail in your vote, your vote will be in Barack Obama’s fireplace,” warned pro-Trump Terrence K. Williams, a self-styled actor-comedian in a video posted to Facebook in April. This absurdity has been viewed more than 350,000 times, according to ProPublica.

The video is a cog in a bigger machine, an element in today’s version of a well-known electoral strategy that dates back to a time when voter suppression was the norm — and it was often synonymous with racial oppression. Some may counter that Williams is African-American, so how could he be engaged in that sort of activity? It’s a question for the ages.

While voter suppression was far more overt in the United States prior to the passage of the Voting Rights Act of 1965, it is arguably more common today because of the widespread use of social media and, of course, Shelby County v Holder. Black voters may not have to pass impossibly hard literacy tests or guess the number of jelly beans in a jar before they are allowed to vote, but they’re still targeted. And it’s not just people of color; we are all targeted with a deluge of hard-to-discern truths, half-truths and truths and a half.

Today, watching a video by Williams or myriad other online traffickers in misinformation may be an even more effective means of voter suppression than any of the older, cruder methods, and what makes matters worse, proving that anything is amiss has never been more difficult.

Voter suppression takes many forms, some of it codified into law, such as voter ID requirements in Texas, Wisconsin and North Carolina. Reducing the number of polling places or limiting their accessibility where the vote tends to swing a particular way, causing longer waiting times, frustration and lower turnout, are other common tactics. Then there are the more overt forms of discrimination, including the strategic purging of voter rolls, but, the biggest peril to American Democracy are widespread misinformation campaigns designed to inspire voter apathy and suppress voter turnout.

According to NPR/PBS NewsHour/Marist poll results released in early 2020, 59% of Americans worry that they cannot discern good information from bad. The prompt for that poll was Russian interference in the 2016 election, but it’s fairly clear they are not the only ones trying to muck up the process and subvert democracy. No matter what side of the issue you land on, few dispute Russia’s ambitions as a world influencer in the realm of electoral politics in 2020. The same holds true for non-Russia-related misinformation, like Williams’ video about mail-in ballots.

Election security is a complex issue even when our scope is limited to technical issues like paper ballots versus e-voting or mail-in voting, but it becomes more complex when we add misinformation into the mix.

State-sponsored interference cannot be discounted. And there are numerous ways an election result can be compromised, whether the target is an army of volunteers and paid election workers, a denial of service attack on electronic poll books, machines vulnerable to cyberattacks or stuffing ballot boxes. But the real problem is one of perception, and that’s where misinformation becomes a problem. Sowing doubt about the integrity of the vote is the goal, and unfortunately that’s not very difficult to accomplish.

Public fear-mongering about proven voting methods like absentee ballots, and a patchwork of laws that vary significantly from state to state create a chaotic environment for the exercise of our Democratic rights during a pandemic — and it’s no wonder people faced with this mess may want to let others decide who should run things this time around. It’s also no wonder people are amplifying this situation to influence election results.

How to get good information

The dilemma voters face resembles one that investors struggle with every day: How to get good information. The best answer: carefully.

I was recently asked how to vet information when “even The New York Times is heavily biased.” The first strategy for avoiding bad information is knowing the difference between opinion and fact. The second order of business involves some work, because the only way to discern fact from “faction” is to do some research.

While The New York Times is clearly no fan of Donald Trump, the paper does not traffic in bad information. That said, selective information presents its own set of problems. Take, for example, the Trump administration’s handling of the Covid-19 pandemic.

Has Trump done as well as New Zealand’s much vaunted Prime Minister Jacinda Ardern? The question weaves fact with opinion and illustrates a crucial lesson: The way we approach information matters. New Zealand is an island nation with a population roughly equivalent to that of South Carolina. The comparison is laughable. This doesn’t mean that Trump has done a beautiful job, as he claims. Most would not choose to die on that hill either. It means the “truth” is something you need to figure out for yourself after processing as much information as possible.

Oscar Wilde once said, “The truth is rarely pure and never simple.” Never have those words been more accurate.

Adam K. Levin is a consumer advocate with more than 30 years of experience in personal finance, privacy, real estate and government service. A former director of the New Jersey Division of Consumer Affairs, Levin is chairman and founder of CyberScout and co-founder of Credit.com. He is the author of “Swiped: How to Protect Yourself in a World Full of Scammers.”